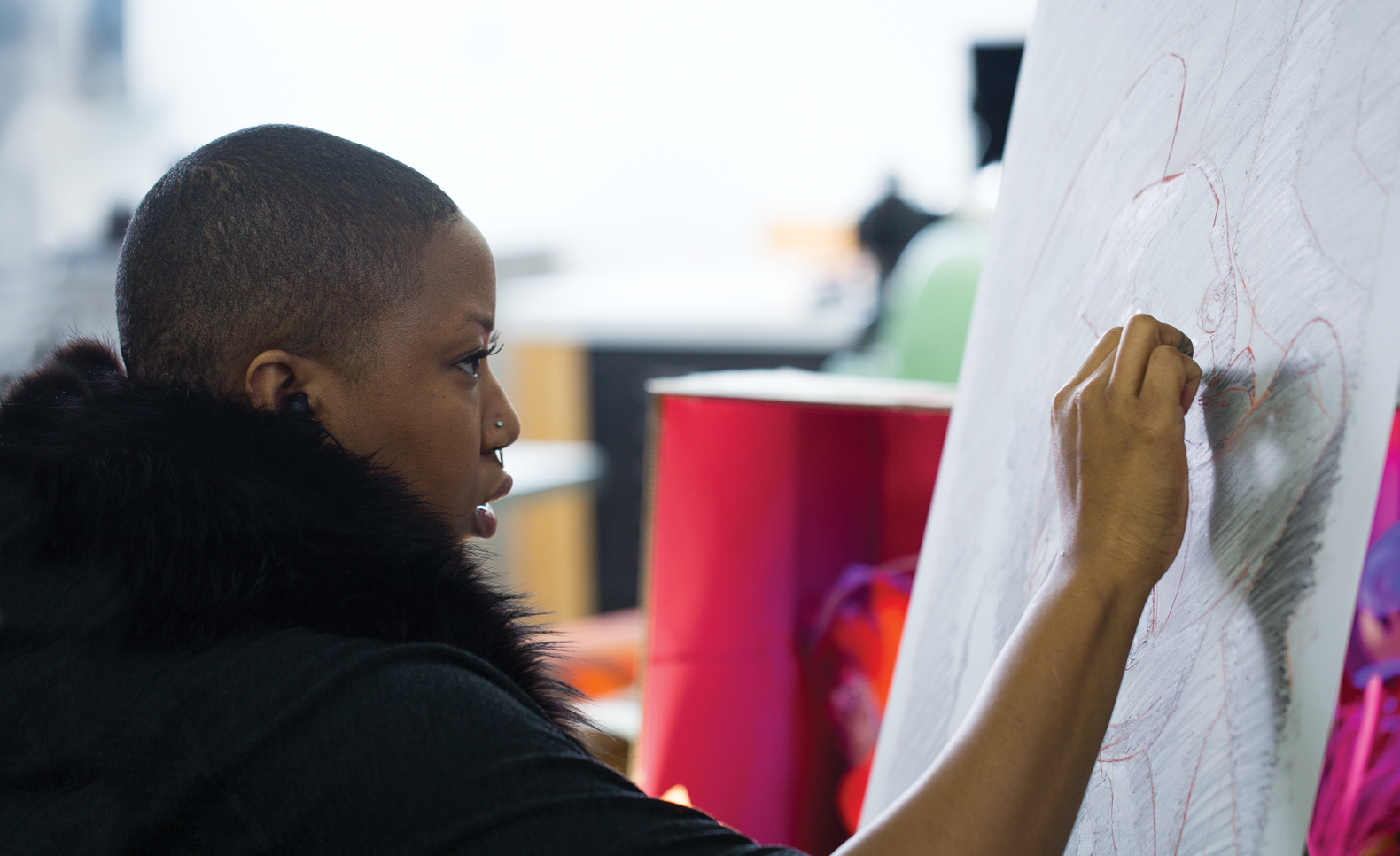 Artist Caitlin Cherry created a series of prints as part of her residency on campus in January. Her work is now on exhibit at the UMass Amherst University Museum of Contemporary Art in tandem with an exhibition of works by Kara Walker called Emancipating the Past: Kara Walker’s Tales of Slavery and Power.

The University of Massachusetts Amherst is among the top colleges and universities in the country for producing Peace Corps volunteers. With 37 alumni serving worldwide last year, UMass Amherst ranks number one among all New England schools and number 21 nationally among universities with more than 15,000 undergraduates.

This is the first time in at least 10 years that UMass Amherst has ranked among the top large schools. Since the Peace Corps’ founding in 1961, 1,302 alumni from UMass Amherst have traveled abroad to serve as volunteers. UMass Amherst alumni currently serve in Mexico, Central and South America, Africa, Asia, and the Caribbean. 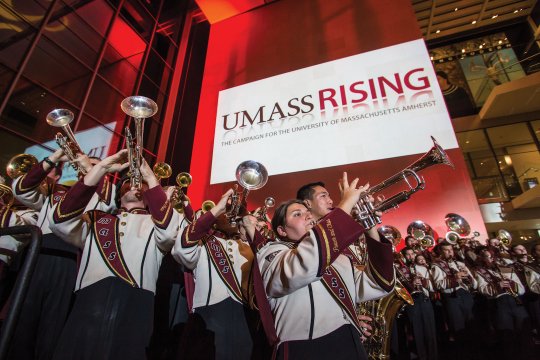 CAMPAIGN ENDS ON A HIGH NOTE

The Minuteman Marching Band performed at the celebration of the successful conclusion of the UMass Rising campaign at a gala at the Museum of Fine Arts in Boston. The campaign raised $379 million, exceeding its goal of $300 million. More than 103,000 alumni and friends contributed. Campaign highlights included $61 million to support student financial aid, $164 million for academic and research programs, $42 million for faculty support, $100 million for the permanent endowment, and $68 million for infrastructure and facilities improvements.