Economic experts on the future of finance

Predicting financial trends and policy shifts can be challenging even during typical economic times—and most economists would agree, these times are anything but typical. We asked some of the UMass community’s top economic minds, alumni and professors alike, about key trends or policy ideas they believe will have considerable impact on the economy and the lives of Americans—and citizens across the globe—over the next few years. 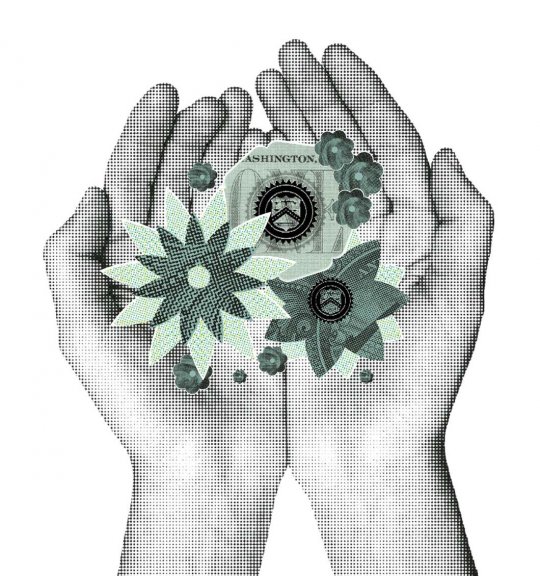 In her new book, What We Owe Each Other: A New Social Contract for a Better Society, global economist Minouche Shafik ’83 argues that the implicit social contract that once ensured shared societal benefits is in desperate need of reimagining. “The old social contract was premised on the idea that women took care of the young and the old for free, that most people would have only a few jobs over a career, and the education they received in school would be sufficient to last a lifetime,” says Shafik. “Most of those assumptions are no longer valid.”

Shafik posits that living under an obsolete social contract is at the root of rising political divisiveness and economic insecurity among our most vulnerable populations. However, she offers a brighter path forward, suggesting that if we recognize our interdependence, a new social contract is possible. “For example, investing more in young people’s education will make them more able to contribute to the health care and pension costs of the elderly,” she explains. “Providing better child care infrastructure will enable more women to stay in the labor market and make both men and women more productive. Addressing environmental degradation is key to a more just intergenerational social contract.” By recognizing that we owe each other more, says Shafik, we lay the groundwork for greater security worldwide and improved economic opportunities for many. 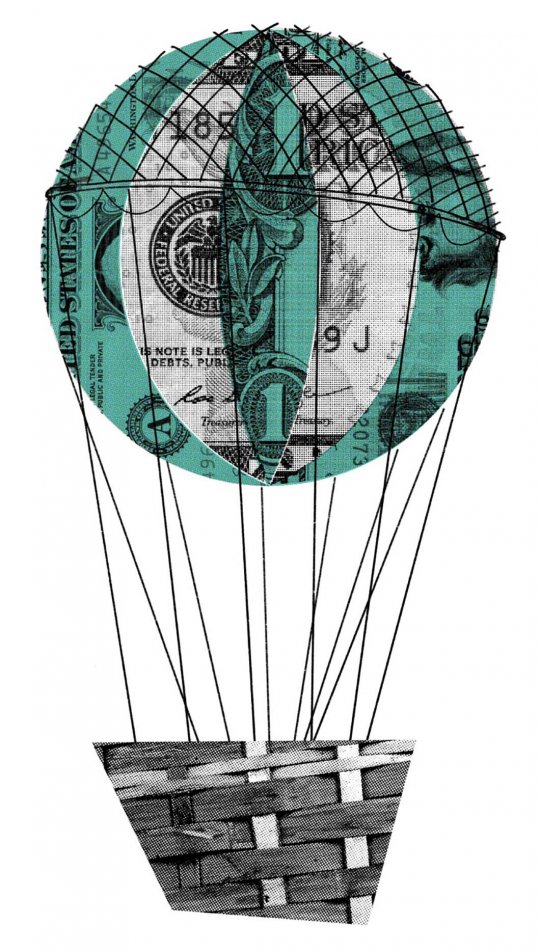 In November 2020, the U.S. Federal Reserve announced a seemingly minor change to their monetary policy framework that made recent doctoral graduate Devika Dutt sit up and take notice. Instead of targeting a strict 2% cap on inflation, the Fed will now aim for inflation that “averages 2% over time.” What makes the difference between 2% and an “average” of 2% so notable? Dutt explains that traditionally, in balancing lower inflation against lower unemployment, the Fed has favored policy that controls inflation, which some economists believe discourages job growth and contributes to income inequality over time.

However, Dutt sees in this recent announcement a marked shift in monetary policy. “It’s high time the Fed acknowledges that it’s a policy choice to weight lower inflation over higher employment levels,” she says. “Now, it seems they are giving some priority to unemployment rates, and not just as a whole, but among the differential rates you find among various population groups, including Black unemployment.”

Dutt acknowledges that the impetus for this shift in policy was to curb the economic impact of COVID-19, but she also sees a potential impact that will last well beyond a short-term economic recovery. “We’ve seen growing discontent about economic inequality, and the best way to close that gap is by creating good paying jobs for everyone,” she says.

Democratization of the Enterprise

Economics scholar Richard Wolff sees two critical economic factors that show “capitalism’s decline” in the United States: First, wage stagnation that began in the 1970s. Second, the sharp rise in consumer debt, which reached its highest rate of growth in more than a decade in 2020. According to Wolff, these economic trends underlie a host of social maladies. “We’re in a very socially divisive struggle over who’s going to bear the cost of this decline. Will the rich have to give in order to hold onto social cohesion? Or will they be able to offload the costs of decline onto the masses with poor wages and too much debt?”

Despite Wolff’s grim prognosis, he does believe a solution is possible; namely, the “democratization of the enterprise”—a worker-owned model that empowers employees with collective bargaining and decision making. “If [workers] decided together, for example, how much each person earns, you’d never get a Jeff Bezos holding $200 billion while employees can’t send their kids to college. Issues like wage inequality would be handled in a radically different way,” Wolff says. “Democratization of the enterprise is an appropriate next step for a country like ours.” 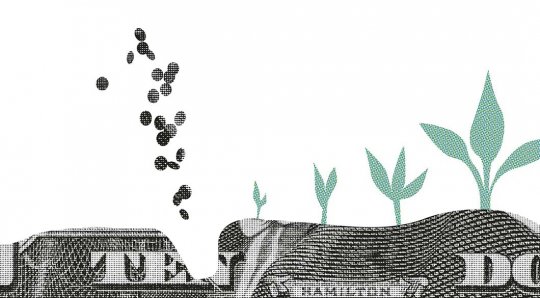 Most philanthropic foundations give painstaking consideration to the research and nonprofit work their grants support, ensuring that this work is closely aligned with their mission. However, Angela Brown ’83 stresses that when it comes to ethical stewardship, outgoing grants are only half the equation; equal thought needs to be given to how granting organizations are investing their endowment dollars. “If a foundation’s assets are held in traditional financial vehicles, those investments are often going toward companies that don’t align with their mission,” explains Brown, an expert in philanthropic development. “There also need to be procedures on the finance side to steward the endowment ethically.” Brown cites carbon emissions and extractive labor practices as examples of issues that foundations may want to divest from—while also focusing on the impact they can have in their communities through thoughtful reinvestment.

Brown cites a growing trend toward impact investing among private foundations, with national organizations such as the Ford Foundation and the Heron Foundation leading the charge. “There are many good examples of foundations making responsibly underwritten investments that … will actually produce a return and preserve capital,” says Brown. “It can be tricky, but there are more and more examples of organizations making it work.” 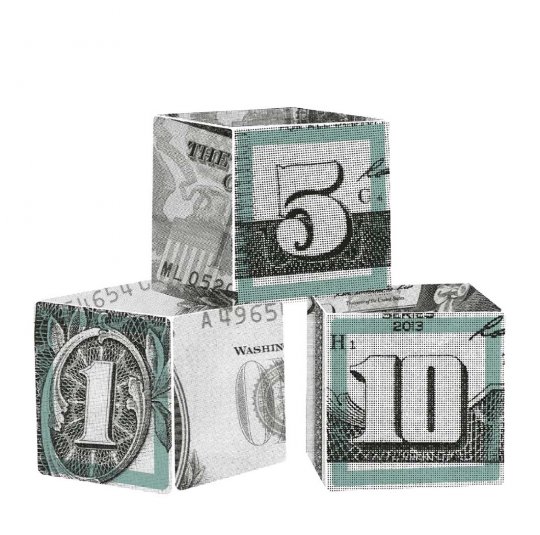 Like many experts in public policy, Joya Misra cites growing income inequality in the United States as a fundamental threat to long-term economic stability—both for individual households and the country as a whole. “We have one of the highest rates of labor-market participation in the world, but we don’t have the support mechanisms in place for working families that so many countries already have,” she says.

In the face of an expanding income gap, Misra believes that the monthly child tax credit that became a centerpiece of this year’s American Rescue Plan will have a meaningful impact on working families. The legislation temporarily expands the child tax credit for most households to $3,600 for children under the age of six and $3,000 for children ages six to seventeen, and she holds out hope that this could become a high-impact standing policy. “When Canada put a similar program in place, it lowered poverty by nearly 50%,” she explains. “I’m very hopeful that … legislators will be willing to make this a permanent program.”

After four decades of eroded wage standards, UMass Professor Arindrajit Dube sees an encouraging—and unintended—consequence of labor policy during the COVID-19 pandemic. Thanks to a confluence of social and economic factors, including expanded unemployment benefits and a tightened labor market, lower-wage workers are experiencing new bargaining power with prospective employers. Dube is hopeful that this trend will continue. “If we get to a national unemployment rate of 3%, the balance of power could really change,” he says. “That would be a game changer for many workers at the bottom half of the pay scale, including service workers.”

According to Dube, sustained wage growth is a social issue that concerns all people, not just low-wage earners. “The most immediate impact of wage growth is to provide a greater standard of living. For example, if a parent has the resources needed to provide their children with adequate nutrition, that has a long-term impact on [child] development and, subsequently, can lead to human-capital accumulation over time,” says Dube. “Ultimately, an adequate wage standard would mean inclusive prosperity for the entire country.” 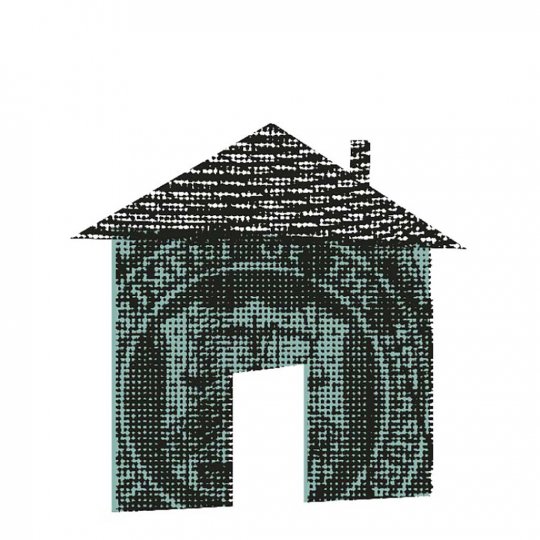 Buying a home, preparing personal tax returns, and paying off the last of those student loans may be long-standing rites of passage, but these milestones have become increasingly complex. To better prepare graduating students for financial wellness, UMass is providing a new four-week Personal Finance Workshop. The course, offered through the University Without Walls program, will be taught by an Isenberg School of Management business professor and will help participants better understand credit scores, basic tax strategies, and the principles of good investing.

“There’s no doubt that we’re living in an increasingly complicated economic world, and this workshop will be invaluable in helping students meet life’s financial milestones,” explains Nicole Carlson, assistant provost for academic programs. “The University Without Walls is designed to be a resource for our alumni at every stage of life, and this course is one way we can support our newly graduated students.”