Research Duo Poised to Make Buildings Greener Than Ever

Believe it or not, buildings consume more than a third of the world’s energy. And our homes, schools, shopping malls, skyscrapers, factories—all the structures on the planet combined—account for nearly 40 percent of the world’s carbon dioxide emissions. Furthermore, the size of our buildings is growing. In just two decades (by 2040), the floor area of buildings will grow by 60 percent worldwide. Let’s just say that our “built environment” is not necessarily all that good for “the” environment.

Enter two UMass Amherst faculty members who are revolutionizing how residential, commercial, and industrial buildings heat and cool themselves through facades that use thermoelectric materials to interact with temperature changes. Ajla Aksamija, (pronounced ak-sha-mia) associate professor of architecture and adjunct professor in building and construction technology, and her husband, Zlatan Aksamija, professor of electrical and computer engineering, recently demonstrated how building facades (exterior walls) can utilize nature’s own existing thermal energy to heat and cool the interiors of buildings more efficiently than the most advanced technology on the market today.

The husband and wife team presented their findings at the Façade Tectonics 2018 World Congress held in Los Angeles and published their study earlier this year in the journal Frontiers in Energy Research. “Our next step is to form partnerships,” says Aksamija, “Then test our prototype on a large production scale, all of which could take between two and five years.”

[It’s] called scavenging—recovering the heat naturally and turning it into electricity itself.

In Ajla Aksamija’s office in the award-winning John W. Olver Design Building one late summer morning, Zlatan points toward the ceiling. In one corner, a nest of nine-inch insulated pipes and a radiant panel (used for heating); in the other, similar pipes, with boxes, valves, and what’s called a chill beam. “That’s the most sophisticated system available today,” says Zlatan. “Look at all the piping, the two separate systems, the water, the steam, the amount of carbon used to create the energy.” He smiles. “Our discoveries make this no longer necessary. We use minimal materials with no moving parts, no forced air, no pipes, no separate systems, all in one, and with a fraction of the electricity.”

Technically speaking, the original “smart” façade began with that porous layer of glass called the window. Heating and cooling systems developed to keep airtight, insulated spaces on the inside of that glass comfortable for humans, and expended massive amounts of energy in the process. But in the last few decades, helped by advances in material and chemical technologies, the smart facade has evolved. The physical separator between the conditioned and unconditioned environment of a building, or its envelope, is increasingly designed as “smart,” allowing the building to interact with energy efficiency to its exterior environment, air temperature, wind, heat and light, and, at the same time, retain the aesthetics, or “look” of a building. 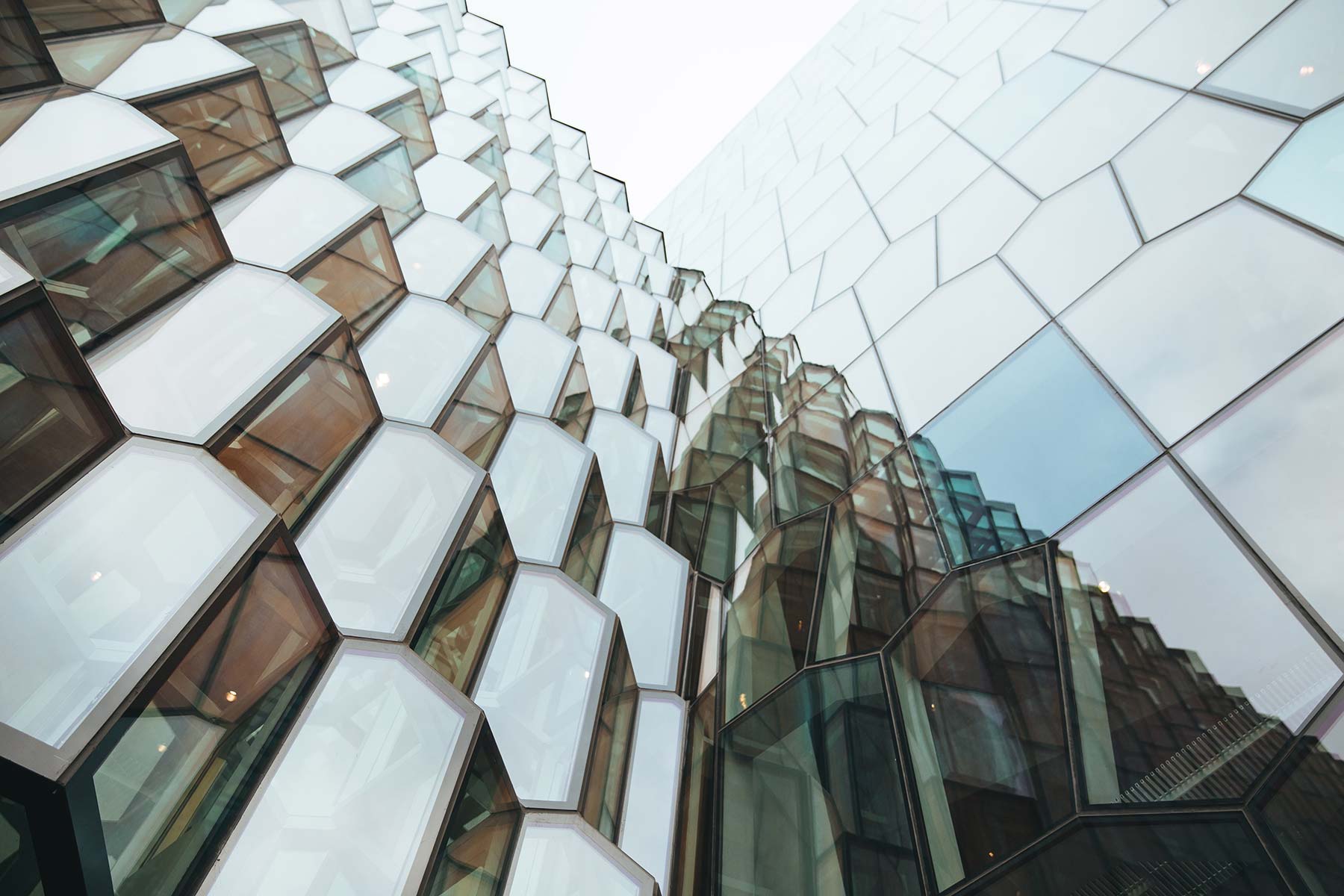 Along comes the Aksamijas’ design, which subverts the conventional façade and the conventional heating and cooling system with its attendant moving parts. “We do the same kind of thing as air conditioners but without the gases that contribute to climate change,” says Zlatan, referring to modern refrigerants that cause exponential global warming—even greater than carbon dioxide. “The moving parts in our system are simply electrons and electric current.”

Their prototypes ingeniously utilize existing wall construction and the ever-present thermal energy that is found in nature, whether it’s -10 or 100°F outside. The facades combine baffled heat sinks that capture the energy with small thermoelectric semiconductors that move it and radiant panels that circulate it.

Thermoelectric materials convert temperature differences into electric energy, taking low-grade, free kinetic energy and repurposing it. Materials like bismuth, a semi-metal that both conducts energy and acts as an insulator, and a derivative of tellurium, a rare, silver-white metalloid, are used in the smart facades, says Zlatan. When these two materials are combined, the effects are high electrical conductivity and low thermal conductivity which enables them to maintain a temperature gradient.

I want to help slow [emissions] down so that future generations will be able to live better.

“This means that you can push current one way, such as heating, then reverse polarity and push it the other way, such as cooling,” says Zlatan. “The third function is called scavenging—recovering the heat naturally and turning it into electricity itself.”

Smart facades will help solve the challenge of buildings that are always too cold or too hot. “Massive additional savings come from having precision control over heating and cooling in each room throughout the building, depending on an individual’s comfort,” says Ajla. The facades are ideal for retrofitting heating/cooling systems in older, less energy-efficient buildings. “It’s scalable for customization,” says Zlatan. “You can make the aesthetics fit the building rather than the opposite. Plus you maintain energy efficiency without bringing in another visual element, like these big panels,” he says, while pointing to exposed piping and radiant panel above us. 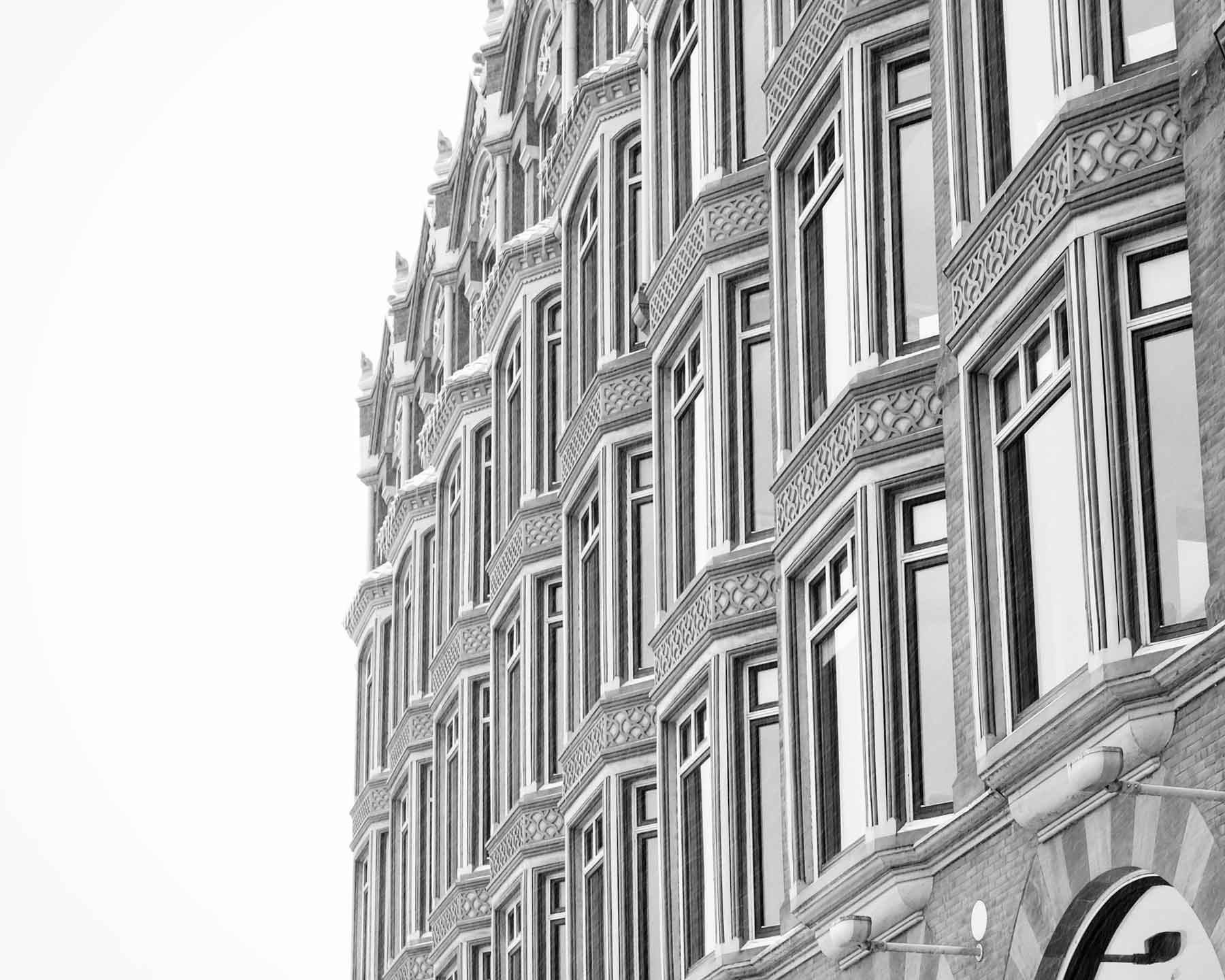 Four students have been assisting the couple with their research: architecture graduate students Chris Counihan, Dylan Brown, and Guy Vigneau, and engineering PhD student Meenakshi Upadhyaya. The latest addition is Mahsa Farid Mohajer, a building and construction technology PhD student, who joined in May. “My favorite part of this project is using my creativity to build the two prototypes,” says Mohajer. “I was improvising to make it possible to construct within current capabilities and the equipment available to us.” The future, for Mohajer, is blending new technology in new ways with existing materials. “When you consider all the greenhouse gases released into the atmosphere from all the buildings in the world, I want to help slow [emissions] down so that future generations will be able to live better.”

Slowing down the release of building emissions means continuing experimentation. The Aksamijas have identified commercial office spaces in 15 regions from Miami to Anchorage where they can compare the smart facade with the conventional facade. They are conducting a realistic simulation of energy usage by compiling historical data and utilizing U. S. Department of Energy-designed software in a study they hope to publish.

Before coming to UMass, Ajla was the director of a research laboratory at the Boston studio of Perkins and Will, an international architecture and design firm.  A few years back, she published one of the first resources for high-performance facades, Sustainable Facades: Design Methods for High-Performance Building Envelopes. Her newest book, Integrating Innovations in Architecture, provides guidelines for innovative architectural practice and research. “The challenge is to do something that is very technologically sophisticated using the newest materials that have not been employed in buildings before,” says Ajla. “At the same time, we want to make it very visually appealing.”

Bosnians by birth, Ajla and Zlatan met in Chicago as teenagers. They married and began working at UMass, but kept their professional lives separate. “This is the first collaboration ever—professional, that is,” says Ajla, laughing. “In the beginning, we said to each other that we are either going to fail,” she pauses, “or it’s going to be successful.” She smiles. “And it turns out that we are successful.”