It’s alright to give up on your dreams

This is only the beginning of a new path

At some point in childhood, somebody probably asked you, “What do you want to be when you grow up?” Your answer may have been a football player, an astronaut, or perhaps even the president. Mine was always the same—I knew that I wanted to be a dancer.

Having started dance at the age of three, my childhood revolved around dance training. As I aged my passion only grew, and what started as an extracurricular activity became a career path by the time I was in high school. My dance training was not easy. My feet would blister and bleed from hours spent in pointe shoes; some nights I would come home and soak my muscles in an ice bucket while I finished my homework. The pressure of a high-intensity, pre-professional dance studio sometimes broke me, and there were multiple nights that I came home in tears, both physically and mentally exhausted. But I never considered quitting. Every time the going got tough, I would close my eyes and picture myself in the wings of my first professional performance. I told myself everything would be worth it when I finally reached my goal.

it is only natural for us to evolve as we progress through college, and we should allow ourselves to do so

Though dance was not my only passion, it was by far my biggest one. When it came time for the college admissions process, I made the decision to continue my dance training at the collegiate level. Following advice from peers and mentors, I chose a college that would allow me to continue to dance at an elite level while still taking traditional academic classes, with the possibility of pursuing a double major. It was around this time that I discovered another passion of mine: writing. I decided to attend the University of Massachusetts, and at the start of my freshman year I decided that I was going to major in journalism in addition to getting my BFA in dance. Once I began my courses, I found myself looking forward to my journalism classes each week, poring over my reading assignments and rehashing every minute detail of “The Elements of Journalism” to my roommate late at night, much to her dismay. I started writing columns for the Massachusetts Daily Collegian (and found that I really liked it.)

Meanwhile, though I was enjoying my dance classes, I started to find myself second-guessing my lifelong dream. Don’t get me wrong, I still loved dancing. But the harsh realities of life as a professional dancer became unavoidable. The daily aches and pains were getting to be a lot, and sometimes I felt myself losing motivation in class. Simply put, I was burning out. That image of me in the wings began to blur, and seemed like more of a fantasy than a destiny. As my freshman year progressed, it slowly became clear to me that I was no longer interested in becoming a professional dancer. 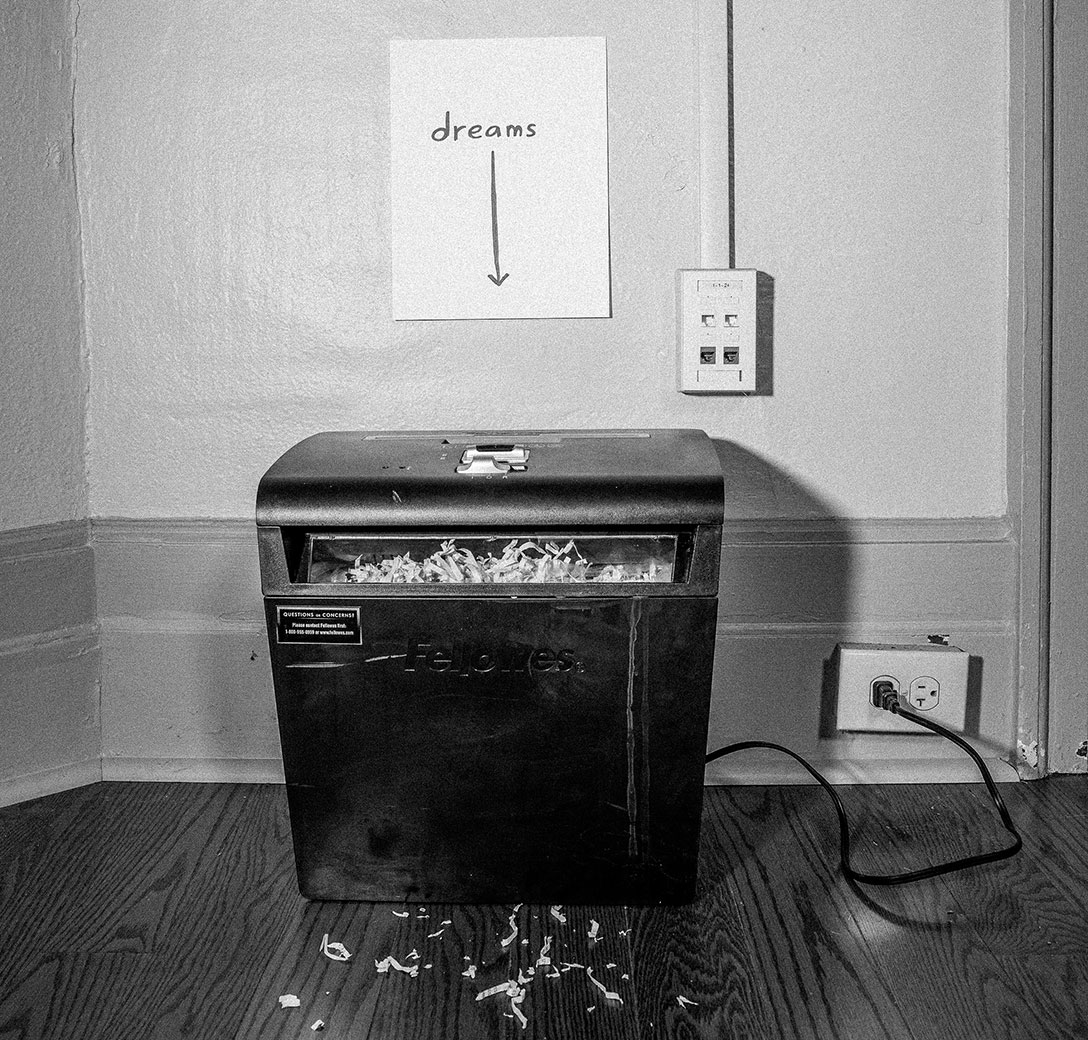 This realization was both devastating and terrifying. I began to question my past and my future: Why had I sacrificed going to school dances, birthday parties, and concerts for countless hours in a dance studio?  Why did I have my parents pay so much for classes and dance gear if I was just going to quit in college? Furthermore, I now had no idea what I wanted to do with my life. I felt like a failure. Being surrounded by so many talented dancers, many of whom had plans to pursue performance careers, I struggled with comparing myself to them. I told myself that if they were able to do it, then why couldn’t I? But this would be ignoring my love of journalism, and I accepted the fact that I could not force myself down a path that I did not want to go down any longer.

As bittersweet as it may seem, after reflecting, I came to this conclusion: It is okay to give up on your dreams. In fact, you are not giving up anything. Instead, you are gaining the opportunity to explore a whole new life for yourself. I have spoken to many friends and peers who, like me, realized that their “lifelong dream” ended up not being what they wanted to do. When we are in college there is so much pressure to have everything perfectly planned out, despite the fact that we are all at the very beginning of our journeys. Though nostalgia and pride make it difficult to seemingly abandon our lifelong aspirations, it is only natural for us to evolve as we progress through college, and we should allow ourselves to do so.

After taking a step back and determining that a performance career was not for me, I realized that I could still pursue a career in the dance world, even if I would not be performing in it. I also realized the countless other careers I was capable of having. I could continue my work in journalism, or I could end up in a career that I have yet to discover. I do not know what will happen yet, and that’s alright. This is only the beginning.

This piece originally ran in the Massachusetts Daily Collegian and is reprinted here with permission from the author.

College of Social and Behavioral Sciences|Journalism|Students
Back to top