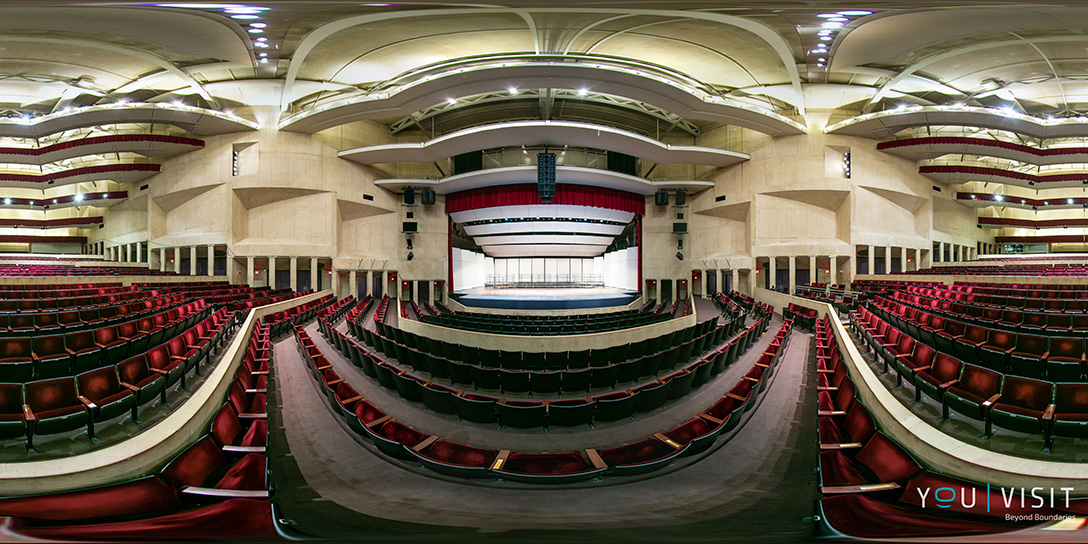 If you look closely at the virtual tour of the University of Massachusetts Amherst, which debuted in August, you will find Benjamin C. Leonberg ’10—film/video maker, creative director, and college film teacher. He and his crew are sometimes edited out, and sometimes included by design, as they stitch together all of the 2-D images and combine them with music and narration to create a 360-degree video.

“Telling stories in VR [virtual reality] allows you to engage audiences in a way traditional films can’t. Feature films often strive to immerse an audience, but nothing comes close to being able to put on a VR headset and live inside a story,” says Leonberg, creative director of YouVisit and undergraduate film professor at Columbia University.

Leonberg’s involvement in the UMass virtual tour was serendipitous. The UMass admissions office enlisted the services of YouVisit studios in order to give prospective students and their families a way to visit campus without traveling. Students who can’t make it for a real-life campus visit can watch the tour’s introduction, and then “travel” around campus to visit a variety of buildings. “UMass is the perfect subject for a virtual tour because it’s a beautiful campus with lots of activity and most potential students don’t live nearby,” says Leonberg.

Leonberg’s career was launched at UMass where film and television production was his major in the Bachelor’s Degree with Individual Concentration (BDIC) program. He says his BDIC major was an entree to film courses at other Five College schools, and a study abroad at the New Zealand Film Academy in Auckland. “In New Zealand I learned from people who had worked on The Lord of the Rings, which to someone who was in high school when those movies came out was a huge deal,” he says.

His first award came when he was an undergraduate—he won a Michael S. Roif Award in Film Studies in 2009. His work has been featured in Adweek, Vogue, and Fortune, and he has won recognition at SXSW and the Webby’s.

After graduation, Leonberg produced commercial videos, including one that aired during a Stanley Cup championship. It was when Leonberg was in graduate school at Columbia University that his career shifted toward more of what he dubs “out there” productions.

Though making the UMass virtual tour was a lot of work, Leonberg enjoyed the trip down memory lane while back on campus. He put himself in a scene at the Atkins Reservoir where he and teammates from the cross-country track team used to run. “Every time I’ve come back to campus I’ve been super impressed with how much UMass has built and grown,” he says. “There are so many new buildings and fantastic new resources.” 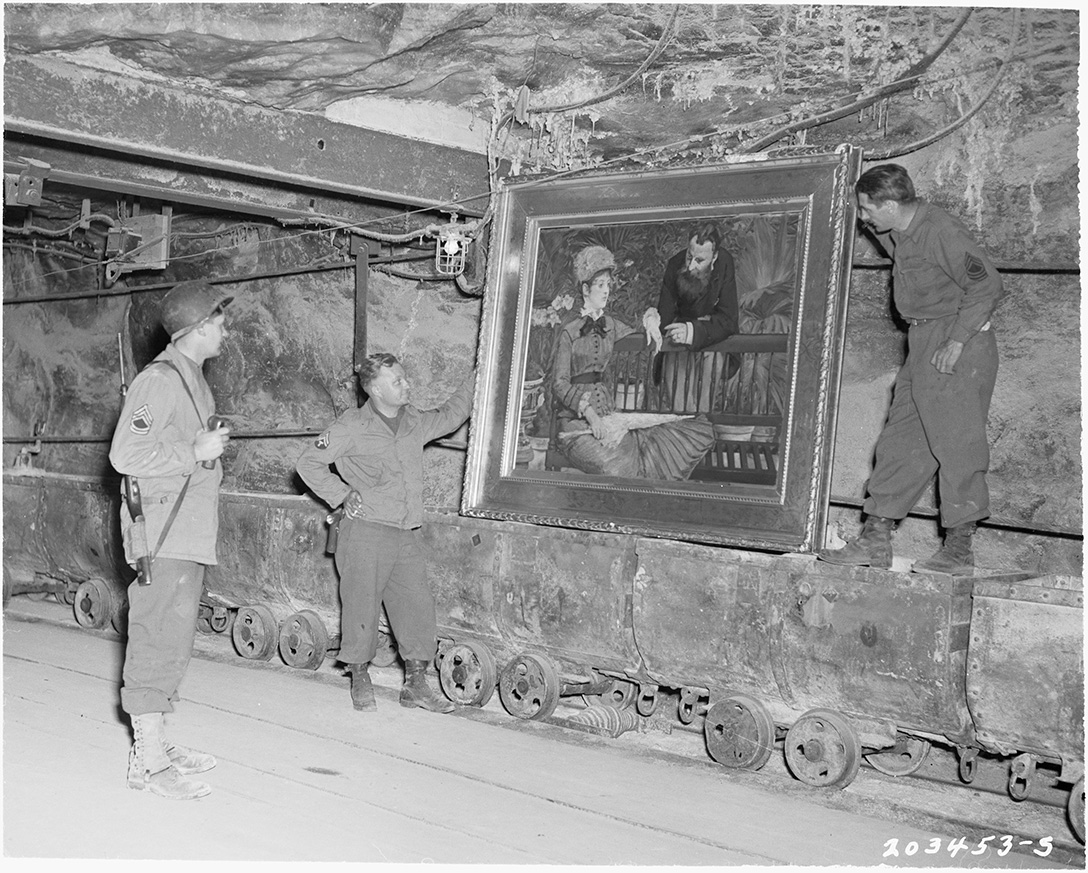 Sleuthing stolen art through the archives

Greg Bradsher ’73MA, ’84PhD is a historian, archivist, and sleuth who has helped find thousands of art works, books, and other cultural artifacts stolen by the Nazis during the World War II era. Through his research and the creation of a collection of archival records, thousands of Nazi-looted items have been identified— including their provenance, location, and recovery—and in many cases, restitution has been made to the original owners.

For his work on the Holocaust records, and for his a 42-year career at the National Archives and Records Administration (NARA) in College Park, Maryland, Bradsher was awarded a National Archives Lifetime Achievement Award in June 2019. His impact has been global—influencing governments, museums, Swiss bankers, art dealers and collectors, victims of Nazi thefts, and others. For example, The National Gallery of Art in Washington, DC, returned Still Life with Fruit and Game (1615/1620) by Flemish artist Frans Snyders (1579–1657) after using records at the NARA to prove the piece had been stolen.

Back in the 1970s, Bradsher moved to Amherst from the West Coast to pursue his PhD at UMass. He was on a quest to study early American history in one of the original colonies, and he quickly felt at home. “I had a small office in the library and had a radio in it. I cannot tell you how many evenings I spent in that office—researching, writing, and listening to Boston Red Sox games.” He says his professors taught him to think critically, to do thorough research, and to speak and write with clarity.

Camping out in the library also led him to a revelation: “I enjoyed research and writing more than teaching.” So, rather than pursue a career as a professor in academia, Bradsher ended up working as a government archivist for the National Archives. One of his most notable accomplishments was the creation of a 1,166-page guide of Holocaust-related records titled Holocaust-Era Assets: A Finding Aid to Records at the National Archives at College Park, Maryland—a lengthy and comprehensive guide to records at the National Archives relating to efforts to identify, recover, and restore assets that were hidden or stolen by Nazi Germany from Jews and other dispossessed people during World War II.