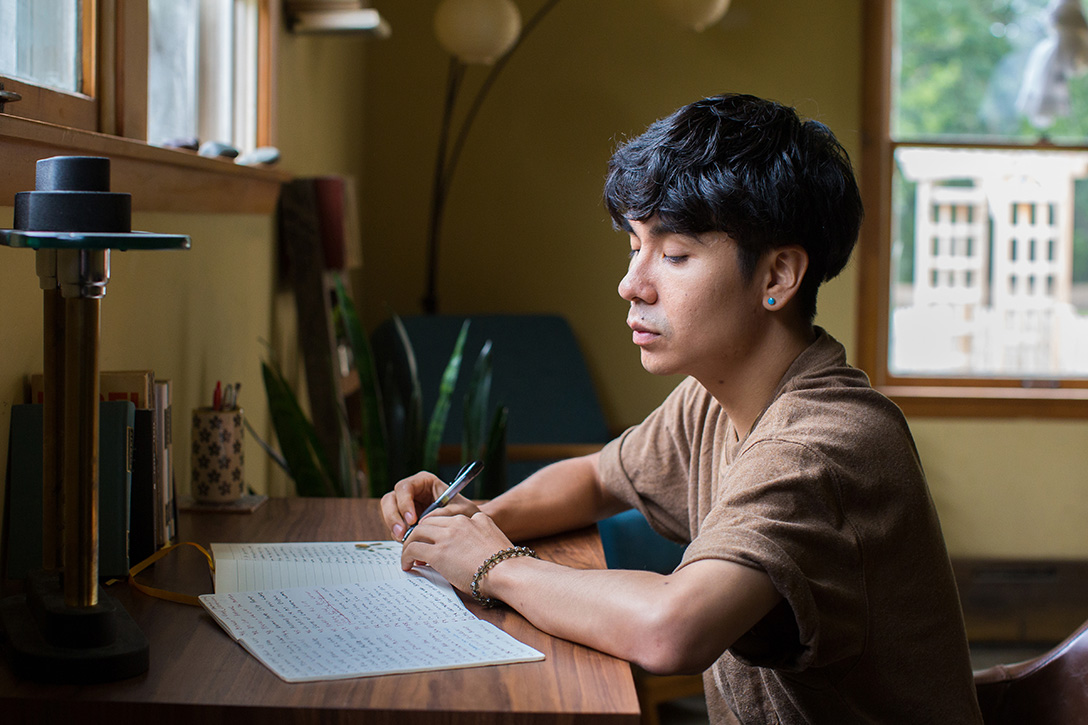 A genius among us

Ocean Vuong, a faculty member in the Department of English and a celebrated new voice in poetry and fiction, was awarded a MacArthur Fellowship in September by the John D. and Catherine T. MacArthur Foundation. He is only the fifth UMass Amherst faculty member to receive this fellowship.

Vuong, who teaches in the MFA Program for Poets and Writers, recalls his reaction to getting the phone call in an interview with a New York Times reporter: “I had to make sure they had the right person, because you don’t want to cry and then have them say it was a mistake,” he said. “But then the tears came.”

Vuong became a literary sensation in 2016 with his debut collection of poetry Night Sky With Exit Wounds, which won a number of major awards including Great Britain’s T.S. Eliot Prize. In May he released his first book, On Earth We’re Briefly Gorgeous, a novel that received high praise from reviewers.

In his writing Vuong draws on his own life experiences, as in his novel, which takes the form of a letter from a young Vietnamese–American man to his mother who cannot read.

Born in Vietnam, Vuong came to the United States when he was two years old, just after he and his family had spent a year in a Philippine refugee camp. He grew up in a low-income household in Hartford, Connecticut, where he was raised by his mother, grandmother, and two aunts. Vuong was the first in his family to learn how to read.

The fellowship is a $625,000, no-strings-attached award distributed over five years. In a statement to the Hampshire Gazette, Vuong explains that he plans to use that money to financially help his family. “Often we say a fellowship gives us ‘time and space,’ and that is very much true—but for me, the definition of time and space is the freedom to alleviate my family’s financial stresses. This grant allows me to take care of my family in perpetuity—and I can do my work with commitment and dedication knowing I will be able to care for them in any catastrophe.” 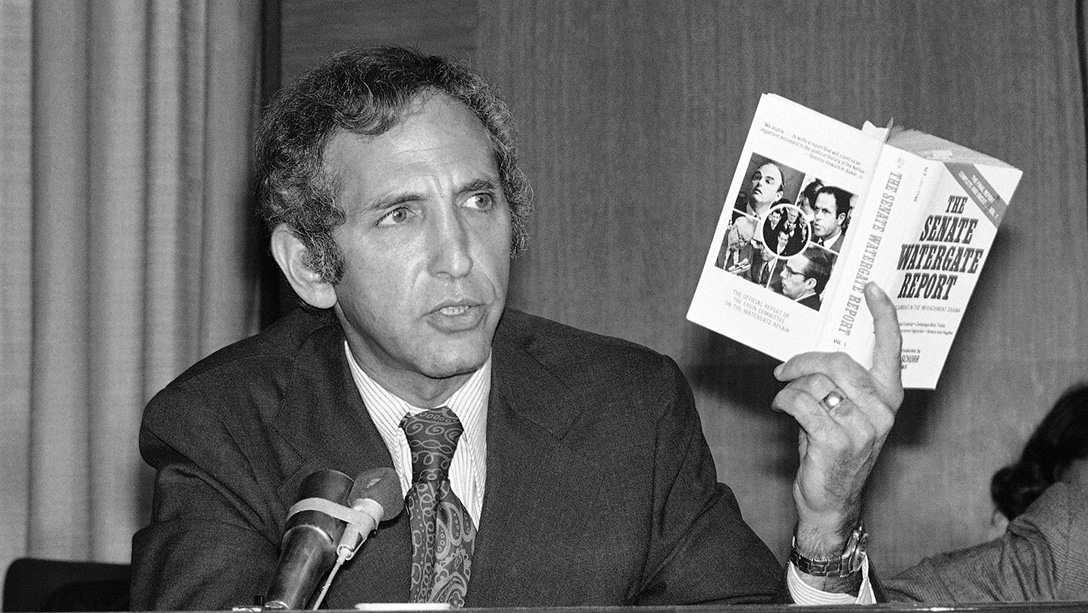 Historic Pentagon Papers given a new home at UMass

Daniel Ellsberg, one of the nation’s foremost political activists and whistleblowers, has donated about 500 boxes of his personal papers to the University of Massachusetts Amherst. This collection, which represents his life’s work, is housed at the Special Collections and University Archives at the W. E. B. Du Bois Library.

The Daniel Ellsberg Collection: I. Contents of the Archive 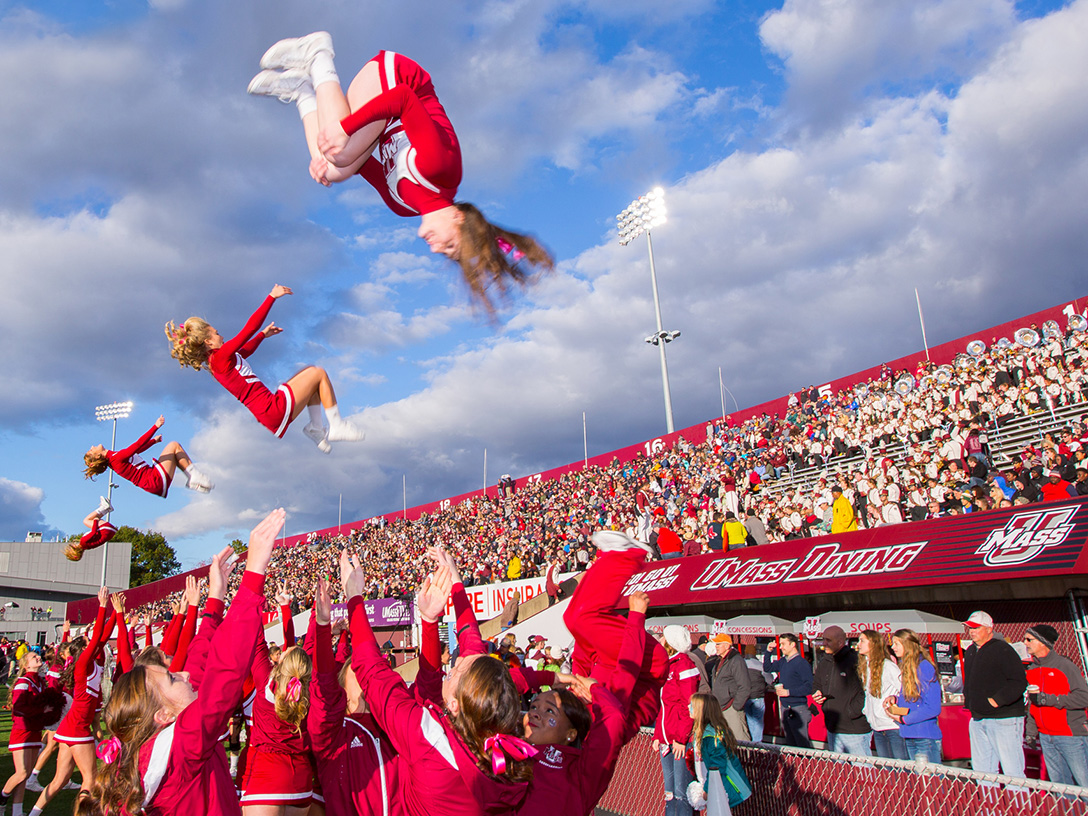 The University of Massachusetts Amherst has climbed into the Top 25 of the nation’s premier public universities, coming in at No. 24 among the 146 public schools ranked in the Best Colleges 2020 guide published by U.S. News & World Report.

UMass Amherst’s rising national profile correlates with its growing role in providing talent essential to the success of the Massachusetts innovation economy. The university educates more students from Massachusetts than the eight top-ranked private national universities in the commonwealth combined, and it also awards more undergraduate STEM degrees than any other college or university in the commonwealth, public or private. More than 60 percent of UMass Amherst alumni remain in Massachusetts.

The university stands out as a world-class leader in research and innovation. In fiscal year 2019, the campus received more than 1,000 sponsored research awards totaling over $195 million, an all-time high. Total research grant funding has increased 42 percent over the past 10 years.

For six years running, UMass Amherst has been ranked in the top 30 public schools. UMass Amherst was also ranked No. 64 among 399 public and private schools in the U.S. News & World Report National Universities category, moving up six places from last year’s ranking. According to the U.S. Department of Education, there are over 2,800 four-year colleges and universities in the United States, of which 750 are public.

The U.S. News rankings are based on a variety of weighted factors: graduation rate performance, undergraduate academic reputation, faculty resources, graduation and retention rates, social mobility, average alumni giving rate, and financial resources per student. All of the schools in the National Universities category offer a wide range of undergraduate majors as well as master’s and doctoral degrees, while emphasizing faculty research.