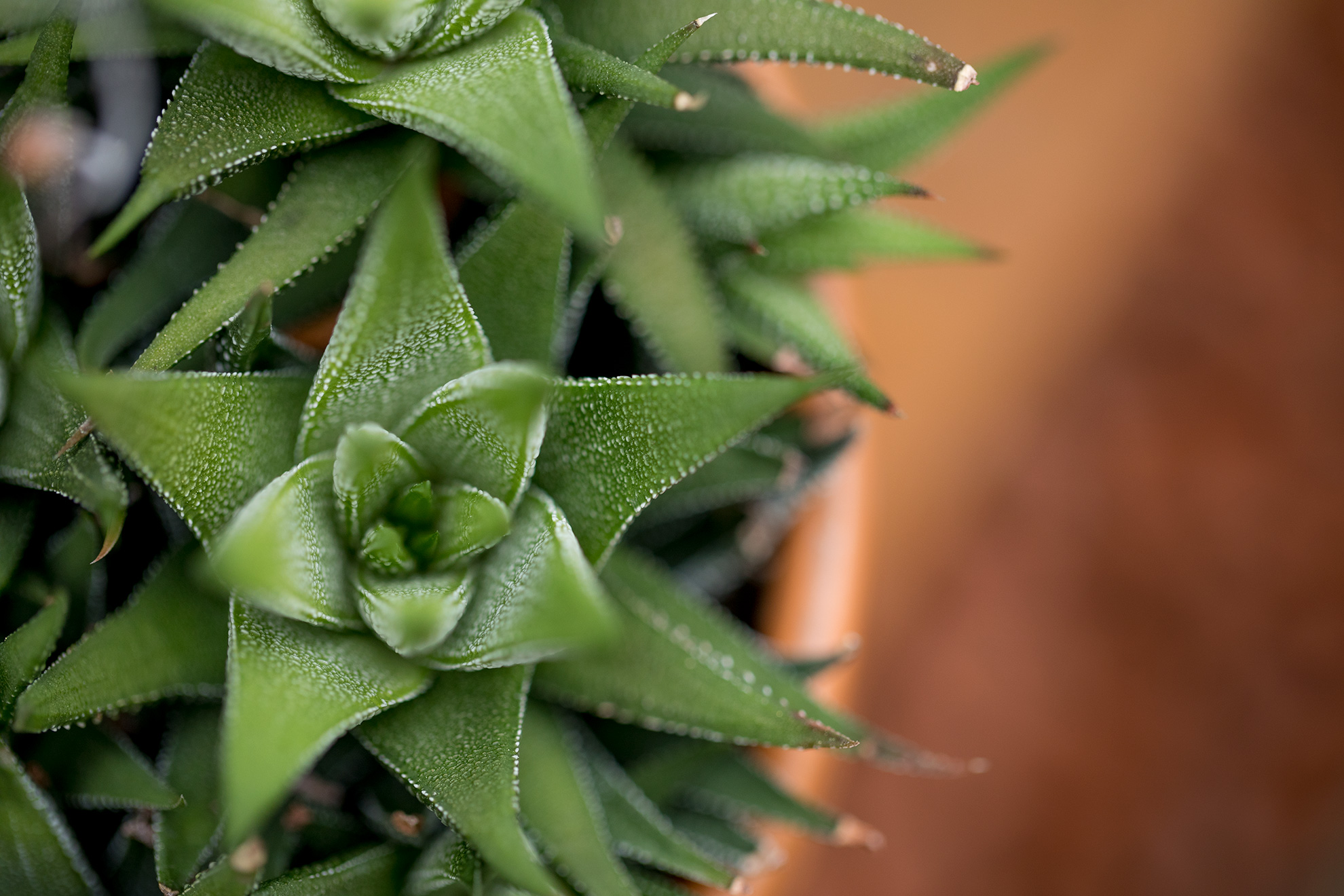 Succulents are trending right now for a host of reasons. Outdoors, their drought resistance makes them great candidates for water-conserving landscaping, and their hardy ability to stand up to intense sun and desiccating winds makes them an object of desire for green roofs. Indoors, they appeal to those of us who consider our thumbs to be somewhat less than green. They are low maintenance, an appealing impulse buy at Trader Joe’s, and exude character.

But many things about these beguiling plants are not immediately obvious. Michael Formosi ’88, the greenhouse manager of Durfee Conservatory—where succulents have their very own room—shares his expertise in giving succulents the best life possible.

It’s all about LIGHT.

Human eyes are liars when it comes to how much light a succulent needs. Because our eyes adjust when we go indoors, we automatically assume light levels are higher than they are. Place your plants in a south-facing window for the most constant light during the day.

For soil, Formosi recommends cactus mix or a peat moss mix with perlite for drainage. “You don’t want anything that’s going to hold on to water for long periods of time,” he says. “You want something with air pockets to facilitate gas exchange.” If roots rot, the plant can’t draw the water it needs, so an underwatered plant and an overwatered plant can get the same crinkly appearance as they draw on their reserves. Water your plant, and make sure it drains clear.

Don’t worry too much about TEMP.

Temperature variability is not such a problem for hardy succulents. Think of the hot days and cold nights of the desert. . . . Which is why in Durfee Conservatory, succulents are grown in an outer room—because they can handle the cold blasts when the door opens and closes in the winter.

College of Natural Sciences|Teachable Moment
Back to top