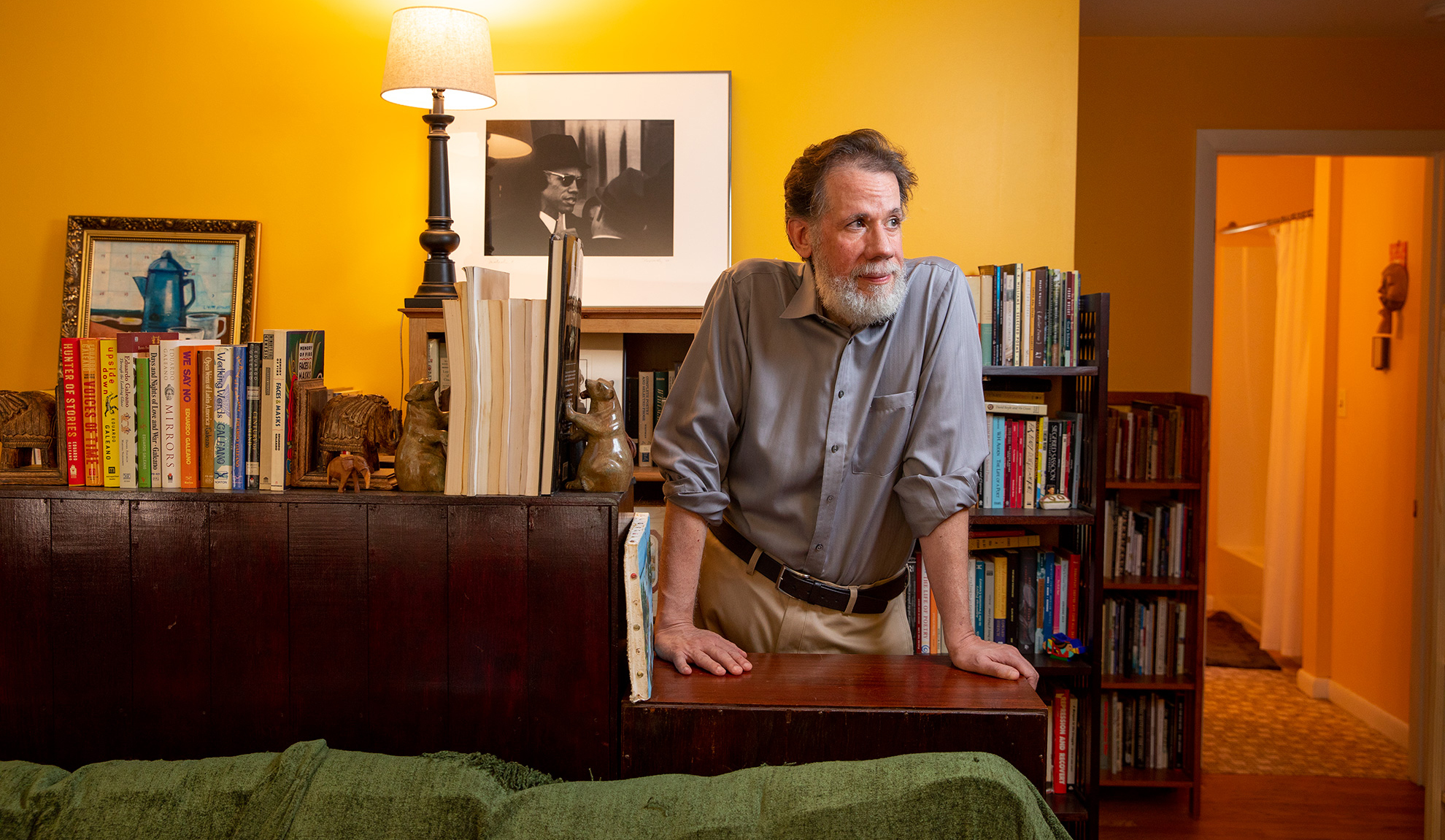 Poets, Martín Espada asserts, express a power of advocacy, speaking on behalf of those who don’t have a platform.

In June, Espada, professor of English, was presented with the Poetry Foundation’s 2018 Ruth Lilly Poetry Prize, honoring “a living U.S. poet whose lifetime achievement warrants extraordinary recognition.” He is the first Latinx poet to win the $100,000 prize since its inception in 1986.

Espada’s latest collection of poems is Vivas to Those Who Have Failed (Norton, 2016). His writing refers to conquest, immigration, indigenous peoples, and the origins of everyday things created by the hands of the unseen. In his former career as a lawyer—another type of advocate—Espada practiced tenant law. His father, Frank Espada, who was a community organizer, civil rights activist, and documentary photographer, is an important, recurring figure in his son’s poetry.

In the aftermath of Hurricane Maria in 2017, Espada wrote his poem “Letter to My Father.” “I kept seeing a town by the name of Utuado. That’s the place where my father was born, and my grandmother was born, and my great-grandfather was the mayor. If you saw pictures of the hurricane, you were seeing Utuado. If you read articles about the hurricane, you were reading about Utuado.”

Since the elder Espada died, his son has had his ashes in a box. “I found myself talking to him as if he could hear me,” says Espada. “I recalled him bringing me to Utuado as a child. Imagine a kid from the projects in Brooklyn going to the mountains in Puerto Rico: I’d never seen anything that beautiful before or since. And those mountains were destroyed; the towns were destroyed; the people were destroyed. My father was one of those people who filled a room. All heads turned: big man, big voice, big presence. He would be in a snarling rage at this outrage. He would shake his fist.”

Topics at the center of Espada’s poems, such as immigration and the Puerto Rican diaspora, are under much pressure right now. But sometimes poetry can be more effective than polemic, by allowing its readers and listeners to create their own connections. “The number of deaths from Hurricane Maria could make it the greatest natural disaster in U.S. history,” says Espada, citing a Harvard study. “Yet the government says, ‘Everything is well in hand.’ So all I can do is continue to read that poem everywhere I go.”

Below are excerpts from Martín Espada's reading at the Visiting Writers Series, November 8, 2018 at Memorial Hall.

Espada introduces and reads "Letter to My Father."

The Visiting Writers Series is produced by the MFA for Poets and Writers, the Juniper Initiative For Poets and Writers with support from the Massachusetts Cultural Council, the UMass Arts Council, and the English Department in the College of Humanities and Fine Arts.