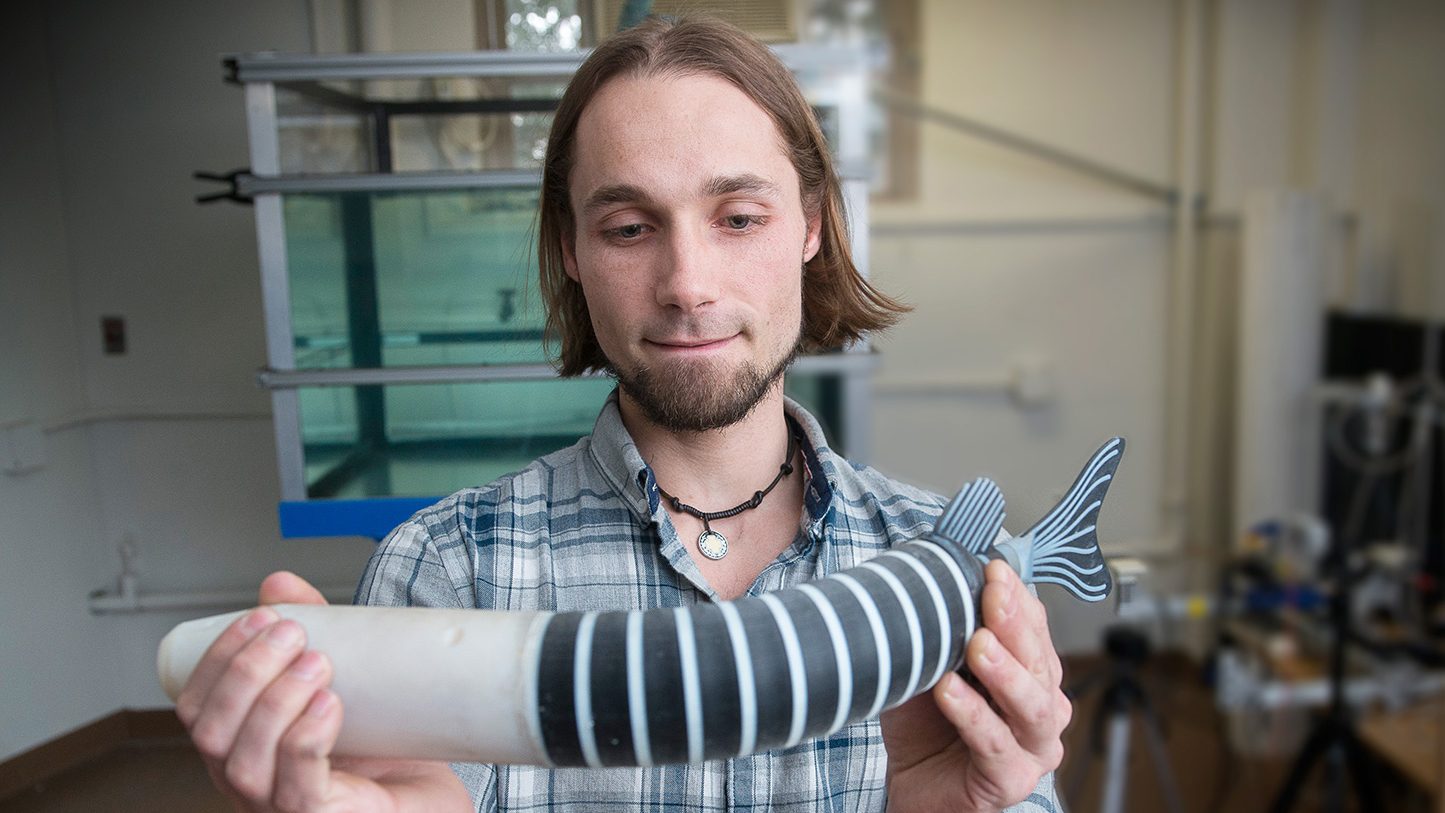 The northern pike is a twitchy fish—when startled it changes direction incredibly quickly. Professor Yahya Modarres-Sadeghi’s fluid-structure interactions lab has built a robotic northern pike that mimics this natural movement. The robot can accelerate 25 times gravity in milliseconds. This ultra-realistic rapid movement allows researchers in the department of mechanical and industrial engineering to observe how flexible structures like the fish interact with fluids like water, explains PhD student Todd Currier ’10.

Studying the robotic fish can help engineers improve hydrodynamic efficiency, but the lab’s end goal is to deploy the robotic fish as a camera-equipped autonomous underwater vehicle (AUV). “We want to use it as a marine observation platform so realistic that it will blend into the ocean environment to collect data without disrupting the marine life that lives there,” says Currier.

Currier took the robotic pike out of the tank for its first freshwater swim this summer. “It’s almost eerie how much it moves like a fish in the water,” he says. “With this unobtrusive tool, we can get never-before-seen footage of the way fish behave when undisturbed.” 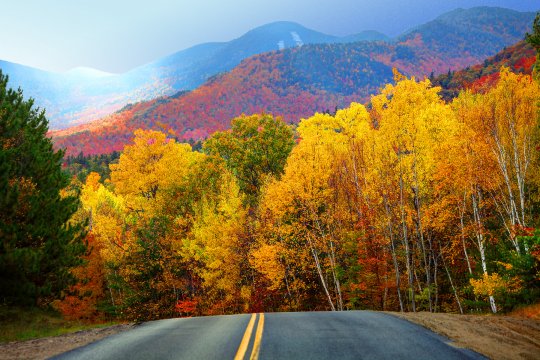 Most mountain ranges arise at places where tectonic plates collide. But the Adirondack Mountains occur well within the borders of the North American plate. How they formed has long been a mystery, but the tools for evaluating their arising are now in place, as well as the method to figure it out—and the facility to crunch that much data.

Haiying Gao, assistant professor of geosciences, and postdoctoral fellow Xiaotao Yang used data from the National Science Foundation’s EarthScope program, which provided a new 3-D understanding of deep features. Gao and her team then used computers at the Massachusetts Green High Performance Computing Center in Holyoke to process the huge amount of data they collected.

The team showed evidence that the structures under the Adirondacks were uplifted by a “low-velocity anomaly” in Earth’s asthenosphere—a viscous layer beneath the crust and upper mantle. Around 90 to 120 million years ago, the tectonic plate under the northeastern United States was passing over a geologic hot spot that may have contributed to the uplift.

The researchers constructed a detailed model of the tectonic plate down to 62 miles. There, they discovered a “pillow” of low-density, more buoyant rock material. Geologic processes may have triggered an upwelling of this lighter material into a fracture or vacant space, providing the lift that formed the dome-shaped Adirondacks. “I want to see how the deep structures control what we observe on the surface,” says Gao.

There you are, full-throttle binge-watching your favorite television series of the moment, wanting only to forge on until the story arc plays out or your eyeballs melt, whichever comes first. Then comes the glitch: the frozen screen, the pixel breakdown, the out-of-sync soundtrack. But buck up, sofa spuds: help is on the way, courtesy of doctoral student Kevin Spiteri ’15G and Professor Ramesh Sitaraman from the Laboratory for Internet-Scale Distributed Systems in the College of Information and Computer Sciences. They’ve written a paper that presents three algorithms that enable video players to play with fewer stalls and at higher quality, reduce video quality switches during playback, and respond faster to connectivity changes. The paper recently received the Excellence in DASH Award from the Association for Computing Machinery Multimedia Systems. 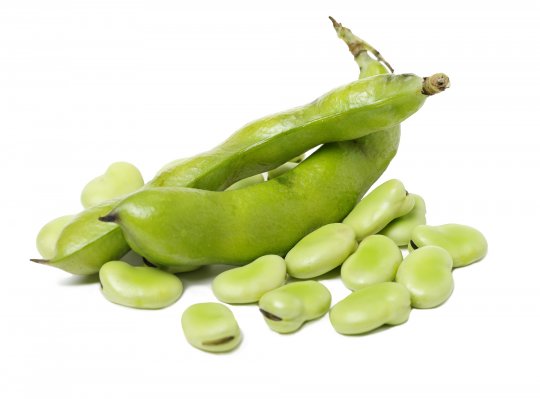 Doctoral student Fatemeh Etemadi is a strong champion of the fava bean as a cold-hardy crop that thrives in New England’s short growing season and meets a steady market demand from several immigrant groups. Etemadi recently began working with her adviser, Professor Masoud Hashemi at the Stockbridge School of Agriculture, to characterize the amount of L-DOPA found in the fava plant’s leaves, stems, roots, and seeds. They’ve come up with good news for Parkinson’s disease sufferers seeking natural sources of L-DOPA to ease their symptoms. Previous research focused on L-DOPA accumulated in fava seeds, but Etemadi has found that other parts of the plant, especially the leaves, provide L-DOPA in impressive amounts. She reports that “all tested varieties had the highest amount of L-DOPA before pod ripening” and that levels were lowest in stem and root samples.