Andrew D. Bernstein, one of the world’s top sports photographers, collected a huge honor in September—the Naismith Memorial Basketball Hall of Fame’s 2018 Curt Gowdy Media Award. After Hall of Fame weekend in Springfield, Massachusetts, Bernstein returned to UMass Amherst, where, as a student, he first had a photo published. “I’m stoked,” he said. “This was an amazing full-circle event.” 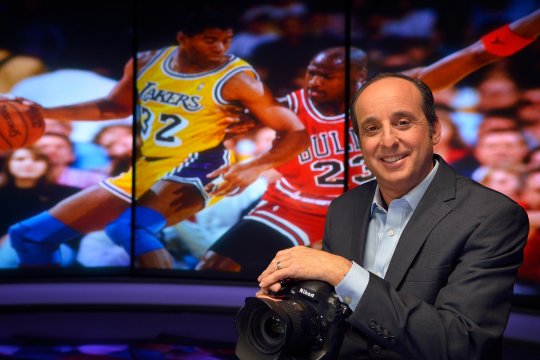 Bernstein grew up in Brooklyn, New York, and enrolled in UMass in 1975. He spent the next two-plus years with a camera in hand. He left after the first semester of his junior year to get technical training in photography unavailable at UMass. Although his degree is from the ArtCenter College of Design in Pasadena, California, it was at UMass where Bernstein built the impressive portfolio that won him a National Endowment for the Arts fellowship, launching his career behind the lens.

Just a few NBA seasons after arriving in Los Angeles, Bernstein’s perceptive eye and impressive technical knowledge landed him a gig photographing the 1983 All-Star game at the Forum. Ever since, he’s had the best seat in the stadium: His company has served as team photographer for the Lakers, Kings, Clippers, and Dodgers. He’s photographed athletes for Nike, Reebok, Adidas, Pepsi, and Coca-Cola. He’s director of photography for the Staples Center and Microsoft Theater in Los Angeles. He’s immortalized Michael Jordan flying, Kobe Bryant attacking, and Magic and Bird battling hip to hip.

“How blessed can you be as a photographer to have those subjects in front of you every single night?” Bernstein asks. “I love what I do.” 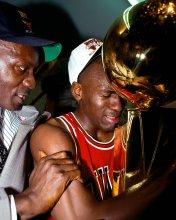 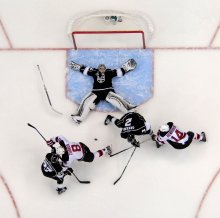 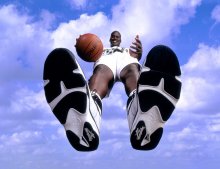 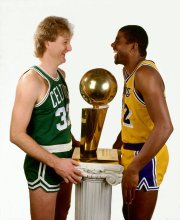 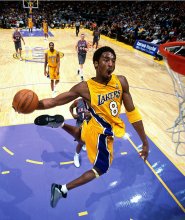 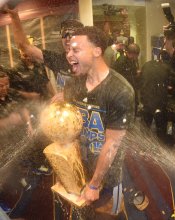 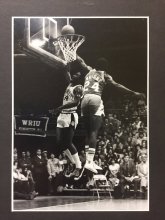 How did you get your start in photography?

I got my first camera at age 14. My first week at UMass I walked into the Daily Collegian and the photo editor took me in. I think I was shooting that same day. It was amazing to see my first published photo. The Collegian was a great training ground; I would shoot anything—features, portraits, theater, dance.

The Collegian was a great training ground, I would shoot anything—features, portraits, theater, dance.

I was entrepreneurial and I started a little campus photography business. I became the photographer for the fraternities and sororities. I built a darkroom in my dorm at John Adams, room 904. I ran a hose from the laundry room into my room and put blackout curtains over the windows. I hung a clothesline over my bed to hang prints and used a blow dryer to dry them. My whole experience at UMass revolved around photography.

What have been some of the most memorable NBA moments in your career?

I’ve got to start with the great Celtic-Laker rivalry of the 1980s. That was a tremendous time. I recorded Magic Johnson’s career from start to finish. I was behind the scenes for seven weeks with the Dream Team for the Barcelona Olympics in 1992—incredible. I took the first professional photograph of Kobe Bryant as a Laker and built a great working relationship and friendship with him. It’s been a good run.

How do you capture such special moments?

I try to be prepared and know my subjects. For action shots, you have to know a player’s game. I learned to shoot Kareem’s skyhook at just the right moment to show how graceful and dynamic it was. It took me many games to learn Magic Johnson’s game because he was so flamboyant; the way he played was unpredictable. On the other hand, somebody like Shaq is very predictable. He would dunk almost every time he got the ball.

I try to be prepared and know my subjects. For action shots, you have to know a player’s game.

I love being able to record behind-the-scenes moments. That requires establishing relationships over the years to earn people’s trust. For those shots, I like to get in close. The photographer Robert Capa famously said, “If your pictures aren’t good enough you’re not close enough.” I’ve lived by that.

What’s it like to take photos at a championship game?

I’ve been in 36 NBA locker rooms and two NHL locker rooms after championships. It’s pandemonium; we call it combat sports photography. You have to sharpen your elbows and get out there. You can’t get caught up in the emotion of it. I have to have my eye in the camera at all times and shoot as I go. If I see it happen, I’m not doing my job, because that means the camera doesn’t see it.

Have you ever been hurt?

I’ve had all kinds of crazy things happen to me. I took a baseball off my knee once, and you haven’t lived until you’ve had Shaq flatten you. This year I had one of the worst injuries I’ve ever had. The Rockets were playing the Warriors in Oakland during the conference finals and James Harden came flying into me where I sit right under the basket. He just took me out. I busted open my elbow and was bleeding. A gaffer taped it up, I finished the game, and went to the emergency room after and had it stitched.

What is it you find so fascinating about professional athletes?

I relate to their drive and competitiveness, how they want to be the best at what they do.

What’s next for you?

I’ve started a company called Legends of Sport, which will provide a single place where all content lives together. No matter what’s going on in life or politics, sports binds us together and makes us forget the chaos around us. We’re launching the company with podcasts; so far I’ve interviewed Bill Walton, Amy Alcott, Magic Johnson, and many others. I want to enhance that experience of sharing family legacies and sports memories.

Alumni
Back to top