Athletes to watch this winter.

The youth movement is in full swing this winter at the Mullins Center. Second-year hockey coach Greg Carvel will suit up 13 freshmen, the most of any team in Division I hockey. The bulk of first-year coach Matt McCall’s men’s basketball squad are freshmen (three) and sophomores (five), and second-year women’s basketball coach Tory Verdi will field a team that is nearly half first-year students.

Here are three to keep an eye on this season and in the future. 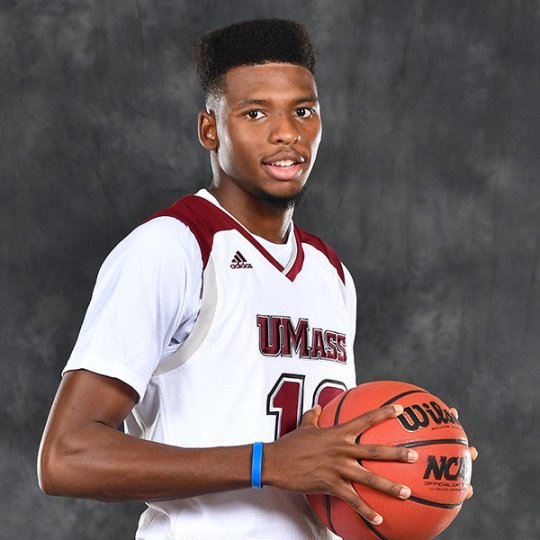 Pierre is from Randolph, Massachusetts, and attended Boston College High School, where he played three years of varsity basketball. He was named a member of the Boston Herald Dream Team, won the Catholic Conference League MVP Award in 2017, and was a two-time conference All-Star selection. He finished his high school career as a 1,000-point scorer.

On UMass: I felt comfortable on campus; it is in-state and I want to stay close by. I always heard about the deep tournament runs and Marcus Camby, and I wanted to come here and help bring Massachusetts basketball back to where it used to be.

What He Brings: My ability to shoot and energy on the floor. I try to be the best teammate I can, always encouraging my guys, keeping them up, and keeping their energy high.

Most Memorable Basketball Moment: Scoring my 1,000th point at BC High. It was a corner three-pointer in a play-off game and the whole school was there. The crowd went wild. 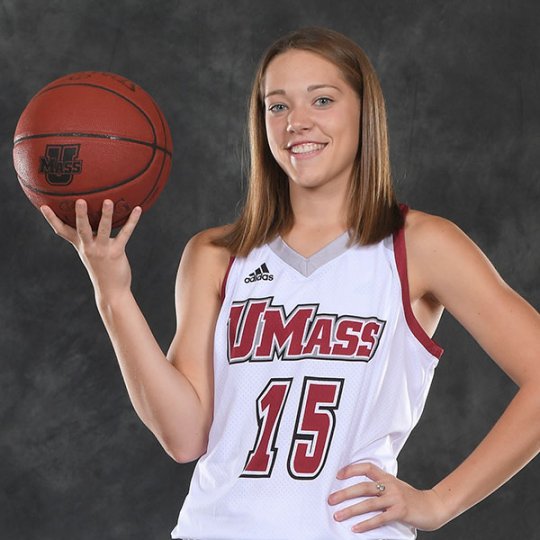 McCormick is from Heuvelton, New York, where she led her high school team to three consecutive state championships. In those three years, she was New York State Class D Player of the Year, a first-team All-New York selection, and twice selected to the USA TODAY ALL-USA New York Girls Basketball Team. She is also a member of the National Honor Society.

On UMass: I came for a visit and really liked everything, especially the broad curriculum. You can become anything you want here. I wasn’t sure what I wanted to be and what I wanted to do, but I knew anything I wanted was here.

What She Brings: I hope my teammates know that I am trying my best and giving it all I have so we can do something big here. I am 100 percent bought in, willing to work hard and push myself to the limit.

Most Memorable Basketball Experience: Winning our first state championship. It was the school’s first-ever championship and the whole town celebrated.

Favorite Dining Commons Meal: Mac and cheese bar when they have it, otherwise the salad bar 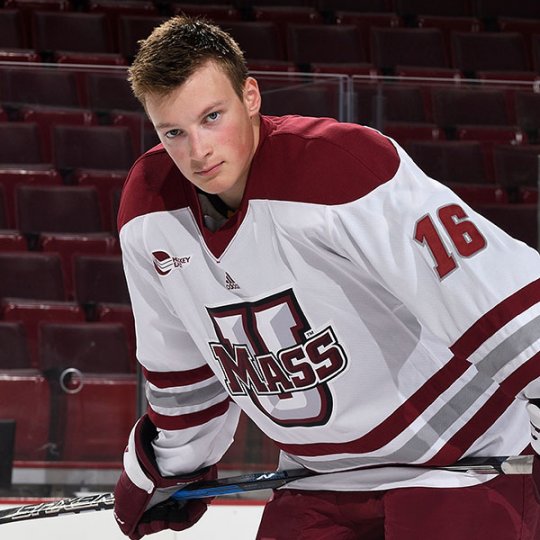 Makar is from Calgary, Alberta, Canada. He was selected fourth overall by the Colorado Avalanche in the 2017 NHL Entry Draft, the highest draft pick in UMass history. He helped lead the Brooks Bandits of the Alberta Junior Hockey League to two league championships, led all defensemen in scoring and was the league’s top defenseman, league MVP, and playoff MVP, and named to the AJHL All-League team.

On UMass: It’s a pretty big, but small campus. It’s a very cool atmosphere. The campus is beautiful, and it’s in a really nice area.

What He Brings: I’m the type of player who likes to be mobile and jump up into the play as an offensive defenseman.

Most Memorable Hockey Experience: Winning the gold medal at the 2015 World Junior A Challenge.

The NHL Draft: It was a goal of mine to be one of the top defensemen in the draft this past year. I didn’t really handicap myself, and I didn’t know where I was going to be picked. The way I looked at the draft, it doesn’t really matter where you go; it’s all about what you do after.