‘Something Bigger Than Me’ 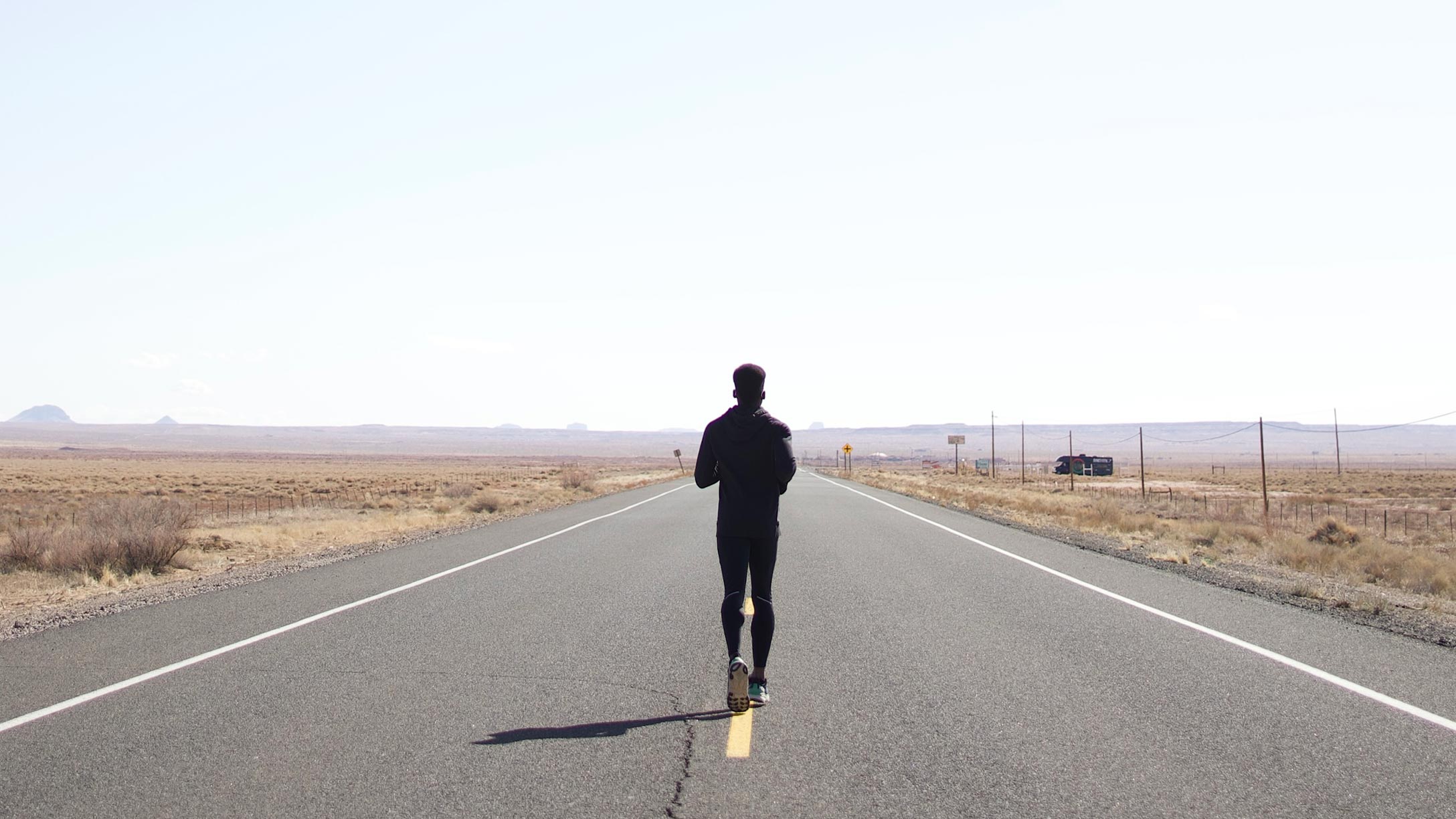 Shortly after Hellah Sidibe ’13 became a United States citizen in 2020, he set his sights on that all-American adventure, the cross-country road trip. Rarely satisfied with the easy way out, he set out to traverse the United States on foot—and maybe do a little good along the way. Fourteen states and 84 days later, Sidibe has a few stories to tell about the country he now calls home.

You might expect someone who tackles a transcontinental run to be a lifelong running enthusiast. Not so, in Sidibe’s case. As a left-back for the UMass soccer team, Sidibe often dreaded the grueling 300-yard sprints required by his then coach, the late Sam Koch. In fact, when he took stock of his personal fears after graduation, the pain and physical impact of running topped the list, which he took as a personal challenge. “I thought, ‘Let me see if I can fall in love with running,’” he recalled. “There aren’t any coaches pressuring me to do it anymore, so it’s just me versus me. 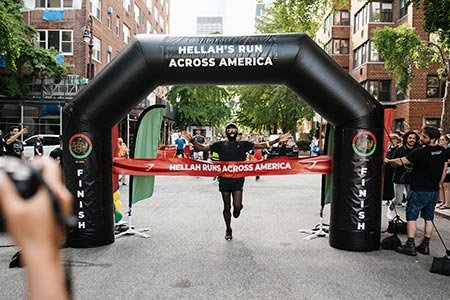 His first goal was to complete a 10-minute run every day for two weeks. Having accomplished that, he challenged himself to run every day for a year. One year rolled into two and Sidibe began to think of running as a privilege he enjoyed. “It had become something bigger than me,” said Sidibe. “And now that I knew I could handle the pain, I wanted to run for a reason greater than just my own ego.” Together with his now fiancée, Alexa Torres ’14, and best friend, Garrett Jones ’12, Sidibe hatched a plan to run from the Pacific to the Atlantic coast, with Torres and Jones tagging along as his road crew.

However, there was still the matter of finding a reason. That reason proved to be one that felt personal to Sidibe. As a young boy growing up in Mali, where the average household income is in the lowest 10 percent globally, he thought of shoes as a luxury. “Many people in Mali make less than a dollar a day, so when you outgrow your shoes, it could be years before you get your next pair,” he explained. “I have so many scars on my feet from going barefoot as a kid.” Sidibe and Torres soon discovered Soles4Souls, a nonprofit that provides shoes to children experiencing homelessness. The nonprofit’s cause soon became their own, and when Sidibe kicked off his run on March 1, 2021, he left California’s Huntington Beach driven to raise funds for the Soles4Souls mission.

Throughout his coast-to-coast run, Sidibe faced a host of physical and emotional challenges, including shin splints, high altitudes, and racial profiling from the occasional passerby. “A few teenagers yelled racial slurs at me from their pickup truck, and one police officer in Oklahoma didn’t believe my story and got ready to take his gun out,” he recalled. “Once he was convinced, he wanted to take a picture together. I’m a pretty smiley guy, but I wasn’t smiling on the inside for that one.”

And yet, despite several harrowing experiences, Sidibe completed his adventure overwhelmed by the goodness he had encountered along the way. “One man in Illinois stopped and offered me cash for lunch. I had plenty of food, so I asked if he’d want to donate to the nonprofit I’m running for instead—which he did,” said Sidibe. “I met so many good people in this country who just wanted to help.”

Running long stretches in solitude, Sidibe recalled the words of his former coach, who died of cancer in 2014, the year following Sidibe’s graduation. “We’d meet for training in the middle of February and the frozen turf felt like running on concrete,” Sidibe said. “Coach Koch would come in and say, ‘Gentlemen; it’s a beautiful day to be alive.’ We thought he was crazy, but he’d tell us, ‘One day, you’re going to wish someone like me was there to push you to be your best.’ He was right—and the fact that he pushed me then really changed me as a man now.” 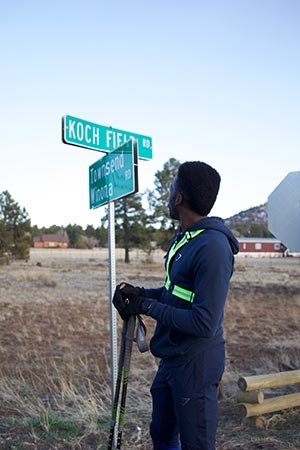 On an especially challenging day in Arizona, Sidibe passed a street sign for Koch Field Road, a coincidence that brought back memories of his coach’s tough love. Moved by the moment, Sidibe reached out to Koch’s son to share the impact his father had on his life. “Coach’s son said to me that day, ‘You know, my dad once bicycled from California to New York,’” he recalled. “And here I am, basically doing the same thing, and I imagined that Coach Koch was right there with me, saying, ‘See, Hellah? It’s not as bad as you thought.’ It was a really emotional moment for me.”

Inspired by his former coach, his dedicated team of supporters, and countless Americans who cheered him along the way, Sidibe completed his journey on May 23, making him the first Black man to officially complete a coast-to-coast run. In so doing, he logged 3,061 miles on foot and raised nearly $20,000 for children in need. As he crossed the finish line on a sunny morning in Manhattan, Sidibe saw, not an ending but a horizon of new starts. First, he’d like to complete a 100-mile run in the Rockies—and then? “I really want to run around the world, covering every continent,” he said. “I’d like to share my story with the people I meet along the way… maybe run with them for a while.”