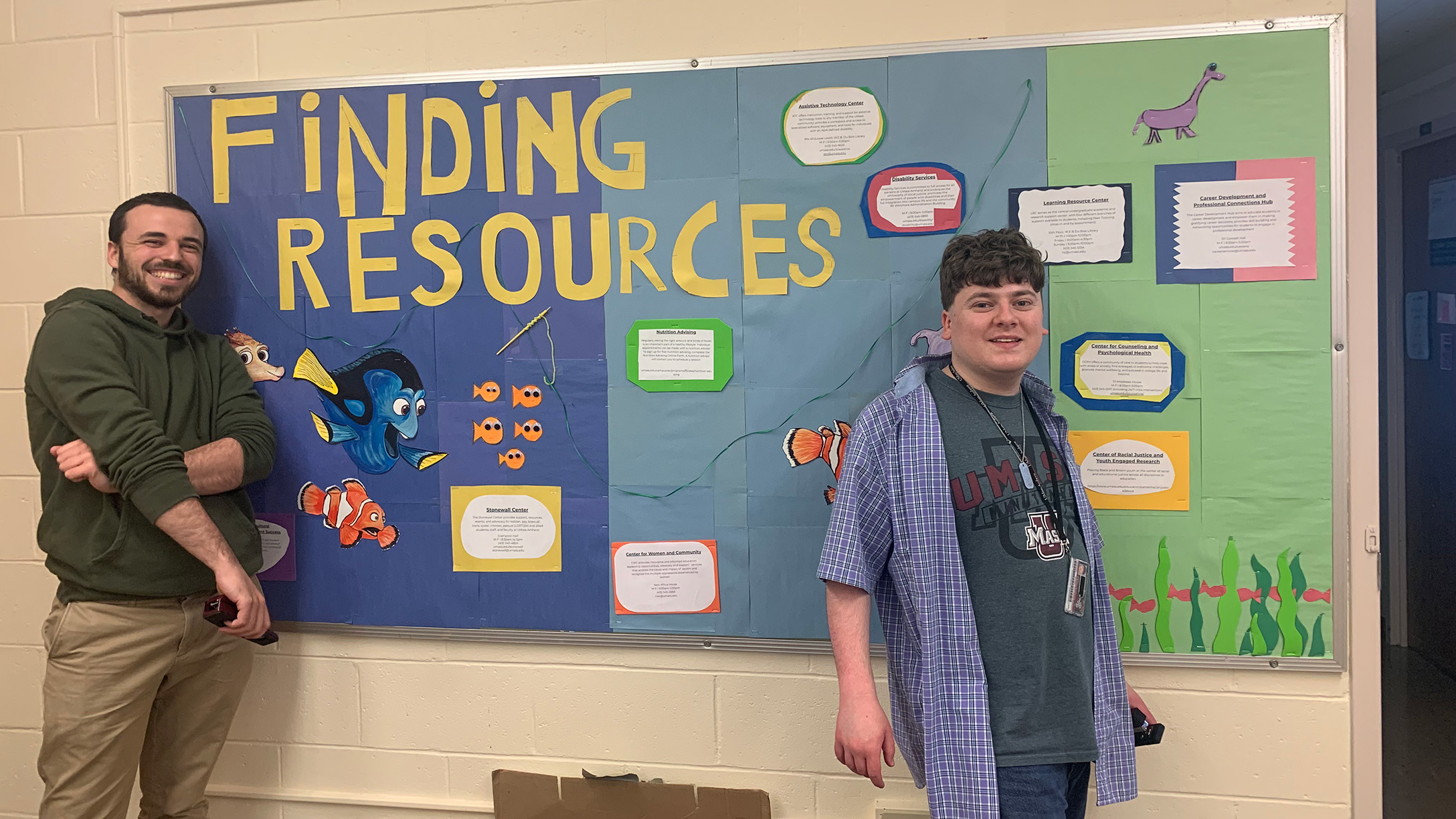 When Max Callahan took the UMass course “The Undead Souths: Southern Gothic and Francophone Mythologies in Film and Television,” he didn’t expect to become so engaged. “There were a lot of characters who were deceitful, which was very interesting,” says Callahan.

Callahan, who has autism and epilepsy, enrolled in the Comparative Literature class through the Massachusetts Inclusive Concurrent Enrollment Initiative (MAICEI). The initiative provides western Massachusetts high school students ages 18–21 with autism and significant intellectual disabilities the opportunity to have a UMass college experience alongside their neurotypical and non-disabled peers.

Now 23 years old, Callahan plans to enroll in more UMass courses through a new program called Diverse Range of Inclusive and Versatile Educational Experiences (DRIVEE), which is for students who are 22 or older.

Thanks to recent legislation signed into law by Governor Charlie Baker, the DRIVEE program will give Callahan and students like him access they’ve never had before to postsecondary education at state colleges and universities. The law has been praised by disability rights advocates as the first of its kind in the nation, and it allows funding to follow students to their new schools, according to The Boston Globe.

At UMass, the goal of the MAICEI program is to enhance the academic success, career development, and independence of its participants, says Interim Program Coordinator Mark Sena of Disability Services. It also provides on-campus internships, educational coaches to accompany students in the classroom, and peer mentors to work side-by-side with students. These mentors are neurotypical and come from across disciplines to meet with MAICEI students for activities outside of the classroom as well, such as attending events, hanging out in Zoom rooms, and enjoying programs at the Student Union craft center.

The Student Union is where Callahan began his time at UMass. At age 20, he was attending Amherst-Pelham Regional High School and was in a transition program through which he joined a trading card game club at UMass. “We were playing games like Yu-Gi-Oh! and Go Fish,” says Callahan. “I made friends and enrolled in ‘Introduction to Science Fiction,’ and some of my friends were in my UMass classes too.”

Soon after, in June 2021, Callahan began his paid position as the alumni liaison supporting MAICEI students, and now DRIVEE as well, both under the UMass Inclusive Learning program. “I never dreamed that a person like me—with autism and epilepsy—could be a community leader,” says Callahan. “But I am happy to do it every day!” 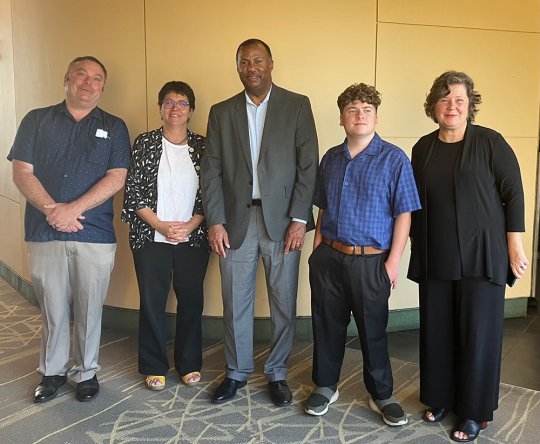 One of Callahan’s peer mentors was Hannah Gold ’22. She says that Callahan and other students with disabilities are often highly devoted to their studies “in part because they have been historically kept out of higher education and understand that they are pioneers on campus. They work all the harder at having a great experience,” says Gold.

“Despite any initial hesitation from professors, they are over the moon about these students by the end of the semester,” says Gold. “The students bring a unique and highly valuable perspective that helps to make the class more accessible and a better experience for everyone.”

Gold is set to become a full-time education coach for the program and says the new DRIVEE legislation is groundbreaking, as students who would previously have aged out of MAICEI at 22 will now be eligible to continue at UMass with school district support. “As a former student myself,” says Gold, “I think the new law is an important step toward making higher education welcoming to this community.”

Sena says the new law is a welcome boost after enrollment dropped during the pandemic. Still, he says, the program did see a silver lining to that time as it implemented a new curriculum to accommodate technology-based learning. “We ended up experiencing a sense of community that was missing,” Sena says. “That’s because prior to COVID, it was a bit of a commuter experience.”

All in all, the MAICEI and DRIVEE programs are providing much-needed access to higher education for students who want and deserve it. “Because these students constantly have to adapt to environments developed without them in mind, they are the masters of self-advocacy and resilience,” says Gold. “As we try to improve higher education for everyone, we should hold their perspective in high regard while adapting to our rapidly changing world.”