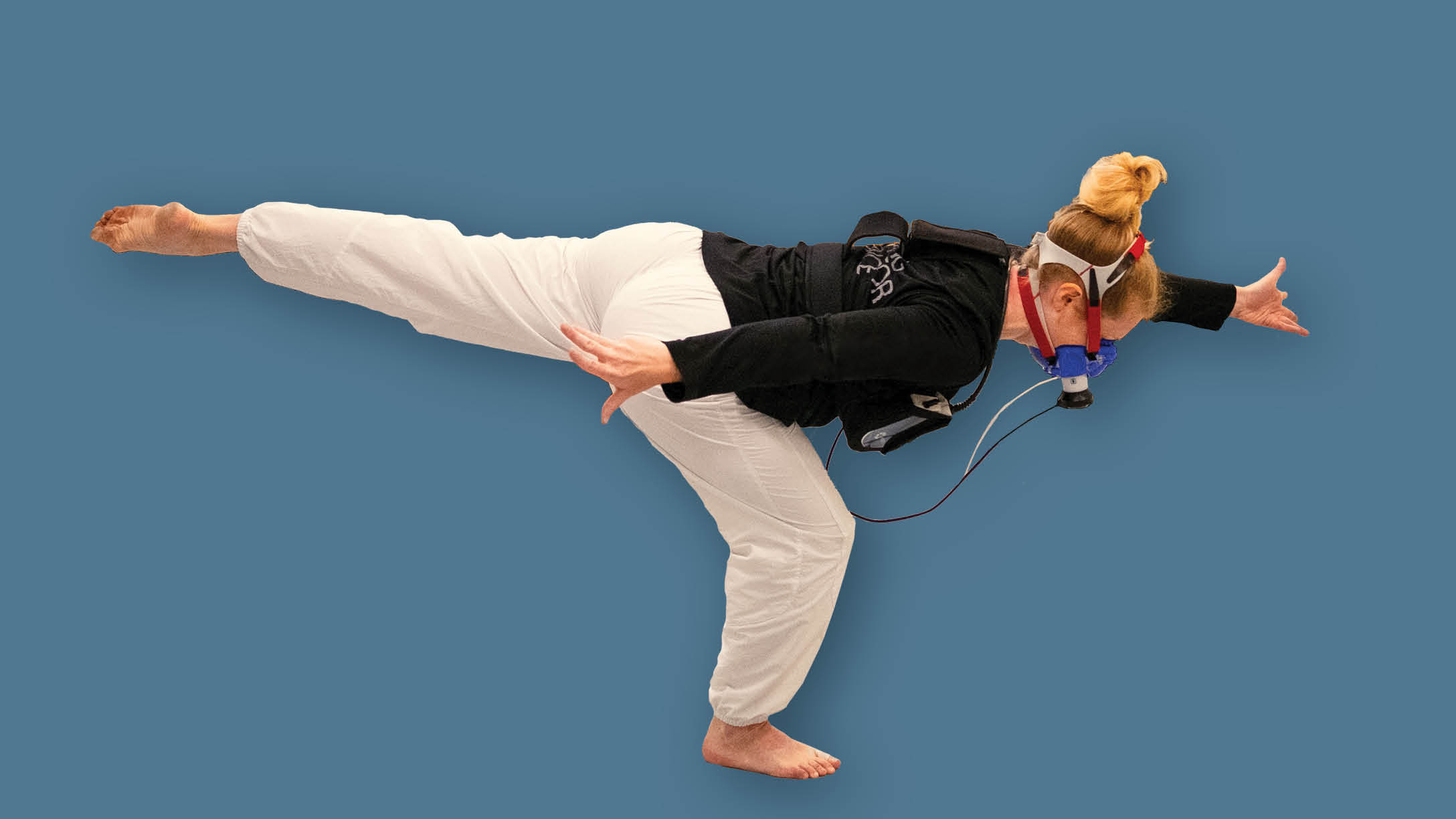 In the United States, there are more than 54,000 dance studios and countless clubs and troupes. And now, more people than ever are logging on to virtual classes—shaking it up and sweating it out at home. But could the benefits of dance go beyond burning calories? Assistant Professor of Dance Science Aston K. McCullough has set out to discover the potential physiological and psychological benefits of dance for those who move their bodies to the beat.

Inspired by his experience as a dancer, his study of statistics and kinesiology, and his work as a dance educator, McCullough formed an interdisciplinary team—totaling seven researchers from the Five Colleges—to study the impacts of dance on mental and physical health in adults.

Starting in fall 2021, 72 participants ranging in age from 18 to 85 and spanning all levels of dance training experience were invited to the Laboratory for the Scientific Study of Dance (LAB:SYNC) to show off their moves.

Funded by a cooperative agreement from the National Endowment for the Arts, the researchers are using their expertise in clinical psychology, genomics, athletic medicine, kinesiology, statistics, and dance to assess various data points. The data gathered includes, but is not limited to, heart rate fragmentation, reported impacts on depression and anxiety, and information collected from wearable sensors, which will be collated into a publicly available database for use in further research.

McCullough, also the director of LAB:SYNC, has spent the last several months writing algorithms based on data captured by 2D and 3D video cameras with wearable sensors, which he plans to feature in publicly available apps. He hopes this research will help expand his field. “A lot of great work has already been done. . . . Yet we must continue to innovate in order to remain relevant as a field of study. Our aim is to keep dance science methodologies current within the movement sciences and sciences applied to the arts.”

In April 2022, McCullough will represent UMass Amherst at the National Science Foundation’s Your Brain and Dance Conference where he will present his preliminary findings during a session titled “The 2022 International Workshop on the Neural and Social Bases of Creative Movement.”