Conformational changes are commonly evoked mechanisms for regulating protein function. Perhaps the most extreme and intriguing example of this process is the conformational flexibility of prions, a group of proteins that can adopt a spectrum of alternative physical states in vivo. For each of these conformers or strains, the normal activity of the protein is altered; thus, protein refolding creates a new physiological state. Although originally proposed to explain the infectious neurodegeneration associated with the transmissible spongiform encephalopathies in mammals, this mechanism also explains other previously baffling biological phenomena, including cytoplasmically inherited transcriptional and translational states in S. cerevisiae and heterokaryon incompatibility in P. anserina. Moreover, related protein-only models have been implicated in other progressive but non-transmissible disorders such as Alzheimer’s, Huntington’s and Parkinson’s diseases as well as in novel non-pathogenic events such as extracellular matrix formation in bacteria, synaptic efficacy in Aplysia, and melanosome biogenesis and hormone storage in vertebrates. Remarkably, a common protein structure (amyloid), believed to be accessible to most proteins, underlies all of these phenotypes. Thus, prion-like mechanisms are likely to make widespread and currently underappreciated contributions to biology.

While the protein conformational basis of these phenomena is intriguing, the true significance of the prion mechanism is its capacity to create dynamic phenotypes, which can arise and be lost within the lifetime of an organism. These transitions, however, only occur if the newly arising conformer accumulates, at the expense of all others, to a level that alters cellular phenotypes. Our studies indicate prion, and more generally amyloid, biology likely arises from unique protein homeostatic (proteostatic) niches created at the intersection of the inherent conformational flexibility of prion proteins and cellular constraints that oppose this characteristic. Nevertheless, the complexities of the system, and our current limitations in understanding it, make it difficult to explain, predict or exploit the outcomes of this interplay. The long-term goal of my research program is to elucidate the forces that allow conformation-based phenotypes to arise and persist and to determine how this balance can be perturbed to “cure” these states.

Our studies exploit prion phenomena in S. cerevisiae, primarily the Sup35/[PSI+] prion. Sup35 is a release factor that facilities translation termination in its soluble, non-prion form ([psi-]) but promotes stop-codon readthrough in its aggregated, prion/amyloid form ([PSI+]). [PSI+] is a natural system in which amyloid arises spontaneously or upon transient Sup35 overexpression and in which the amyloid confers either a benign or a toxic state. Thus, these distinct proteostatic niches, and transitions among them, reflect native, experimentally accessible states, which parallel the biology of amyloidogenic proteins in metazoans.

We have developed a system-based understanding of prion/amyloid biology. Our studies and their outcomes have challenged the amyloid-centric view of protein-only phenotypes and revealed an equally important and previously unanticipated contribution of the cellular environment to both the severity and stability of these traits. This framework has identified many points of heterogeneity that combine to create distinct proteostatic niches in which amyloid can either persist or be cleared. We are currently using enigmatic aspects of prion biology as experimental entryways into an understanding of the more complex and previously intractable issues in the prion/amyloid field, including prion appearance, curing and regulation in vivo. 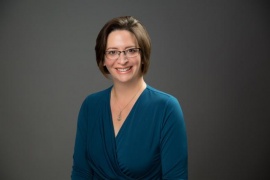