Dr. Moore's research interests primarily involve the interactions, pathogenesis, detection, and control of enteric viruses. A lot of previous work with which I was involved was focused on human noroviruses, which are the leading cause of foodborne gastroenteritis worldwide. I am interested in a number of both fundamental and applied aspects related to enteric viruses, including: virus interaction with and role of native host enteric bacteria in viral pathogenesis; sensitive, truly portable detection of viruses; portable whole genome sequencing of viruses; novel concentration methods for  viral detection in food and environmental samples; novel methods for enhancing efficacy of viral disinfectants; and development of novel edible therapeutics to reduce severity of viral disease.

1. Eukaryotic Virus-Bacteria Interactions. (M2M) A number of reports have suggested there is a relationship between viruses that infect eukaryotic cells and the native bacterial flora present on/around the tissues that the viruses infect. This is especially true for the human gut. There is some suggestion that some native enteric bacteria may play a role in assisting infection of some enteric viruses—including human noroviruses. Additionally, there are some reports that binding to bacterial cellular membrane components may stabilize enteric viruses, and make them harder to inactivate. Conversely, there is some evidence that other bacteria may have an antiviral effect. Our lab is conducting research to explain this discrepancy and further understand the nature of eukaryotic virus-bacteria interactions in the gut.

2. Novel Viral Concentration Methods from Food and Environmental Samples. (CBD) Food- and waterborne viruses are present in contaminated samples at low levels and not evenly dispersed throughout the samples. Unlike bacteria, an enrichment step for routine food and environmental testing is not feasible for viruses; thus a small amount of viruses must be concentrated from large, complex samples. Our lab is doing research on cheap, efficient ways of concentrating viruses from foods for detection; for example, utilizing virus-binding bacteria to specifically pull viruses out of samples.

3. Rapid, Portable Point-of-Service/In-Field Testing Methods for Foodborne Viruses. (M2M, CPHM) Humans are the recognized reservoir for human noroviruses; thus a lot of transmission is attributable to person-to-person spread, especially in confined settings. The majority of cases of foodborne human norovirus illness occur in complex, prepared foods, and most outbreaks are traced to restaurant or similar service settings. In both instances, the current methods for detection of viruses are either not portable or not sensitive enough for realistic use in these settings. Our lab will be doing work on developing methods that allow for sensitive “lab-in-a-suitcase” methods for detection of human noroviruses and other foodborne viruses that allow for rapid detection of virus from sample in less than 30 minutes without the need for an electrical grid. These methods would also have value in low resource settings, where detection and control of viral outbreaks is essential for reducing severe health outcomes. Additionally, our lab will focus on portable nanopore sequencing platforms for these viruses, as following evolutionary trends can provide valuable data for control and prediction of emerging viral strains of concern. This data will be valuable in response to viruses, including those like rotavirus where understanding viral response to selective pressure is important for vaccination efforts.

4. Novel Viral Inactivation Strategies and Therapeutics. (M2M, CBD) Human noroviruses have been found to be fairly resistant to many disinfectants. Bleach at fairly high levels has been shown to be effective, but is often not used because of its effects on certain materials. Our lab will investigate application of novel disinfectants on human noroviruses and understand the effect of soil load on the efficacy of those disinfectants. Our lab will also be involved in developing therapeutics to a human norovirus protein necessary for replication; the ultimate goal of this area of research would be to develop an inexpensive, edible therapeutic that has little residual effects on the host. 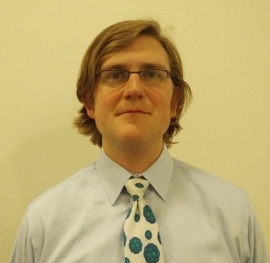