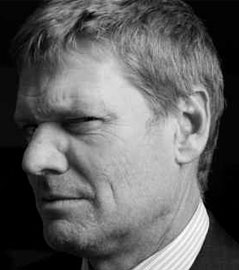 I graduated with a BA in psychology from the University of California-Irvine in 1981. UC, Irvine had an interesting group of cognitive psychologists at that time working on learning theory, attention, and visual perception. The cognitive science group included linguists -- Mary-Louise Kean, Peter Culicover, Bernard Tranel, Ed Matthei, Ken Wexler, and Stephen Crain, who was a graduate student. I learned about linguistics from them and went on to study it at MIT, where I got a PhD in 1985. On my way to the position I now have at UMass, I taught, and mostly learned, at the University of Connecticut at Storrs, UC-Irvine, UCLA, University of Wisconsin at Madison and McGill University. My specialization is in syntactic theory.