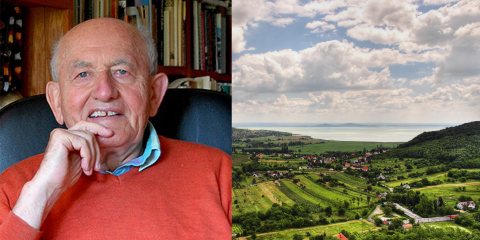 It is with extreme sadness that the Department of Landscape Architecture and Regional Planning at the University of Massachusetts, Amherst announces the passing of Professor Emeritus Julius Gy. Fábos , FASLA on Feb. 18, 2022. Professor Fábos was an international leader in greenway and landscape planning who taught for over 35 years in the Department. He developed the METLAND system of landscape assessment. Born in Hungary, he left during the 1956 Hungarian Revolution after being imprisoned by the Communist regime. He emigrated to the United States where he received his BS in Plant Sciences, Rutgers University, 1961; Masters in Landscape Architecture, Harvard, 1964; and PhD in Landscape Planning and Conservation, University of Michigan, 1973. He was honored as a Fellow of the American Society of Landscape Architects (ASLA) in 1985 and ASLA Medal in 1997.

Professor Fábos was the author and editor of more than 200 articles and research bulletins, as well as five books, including Land Use Planning, published by Chapman and Hall, 1985 and co-editor of the book entitled, Greenways: The Beginning of an International Movement, published by Elsevier, 1996. In 2010, he published his memoir, Son of a Kulák: How a Hungarian Farm Boy Survived World War II and Escaped Stalinist Oppression for a New Life in America.

Professor Fábos, or Julius as he was known to his colleagues and students, was a mentor for many graduate students from around the world who went on to become leaders in landscape architecture and planning. He was one of the first landscape architects to embrace the greenway movement, which he championed in research and applied planning projects. As co-director of the New England Greenway Consortium, he developed a regional greenway plan as well as held annual conferences. He and his wife Edith were generous supporters of the Department setting up the Fábos Fund that sponsors the Fábos Conference in Greenway and Landscape Planning; the 7th conference will be held this summer in Budapest, Hungary. In addition to his wife Edith, Professor Fábos leaves his children Bettina, Anita, and Adrian and grandchildren.

Please share your memories of Julius on the LARP Facebook page or other social media. We plan on having a memorial tribute to Professor Fábos at a later date.