The University of Massachusetts Amherst
Juniper Staff and Teachersx

The enthusiasm, knowledge, and sensitivity of our staff is part of what makes Juniper great. They make it fun and inclusive, bringing their own curiosity and exploratory nature as writers into the mix. In non-pandemic times, staff develop, lead, and participate in carefully-designed semester-long trainings which emphasize creative writing pedagogy, developing an interactive classroom, mentoring in a residence-life environment, and strategies for supporting students away from home. They've collaborated to create the new online program's schedule and operations, and work together to supplement the basic curricula with write-alongs, write-ins and writing challenges. They work year-round to shepherd the Juniper experience into being. Please don't hesitate to reach out to them. 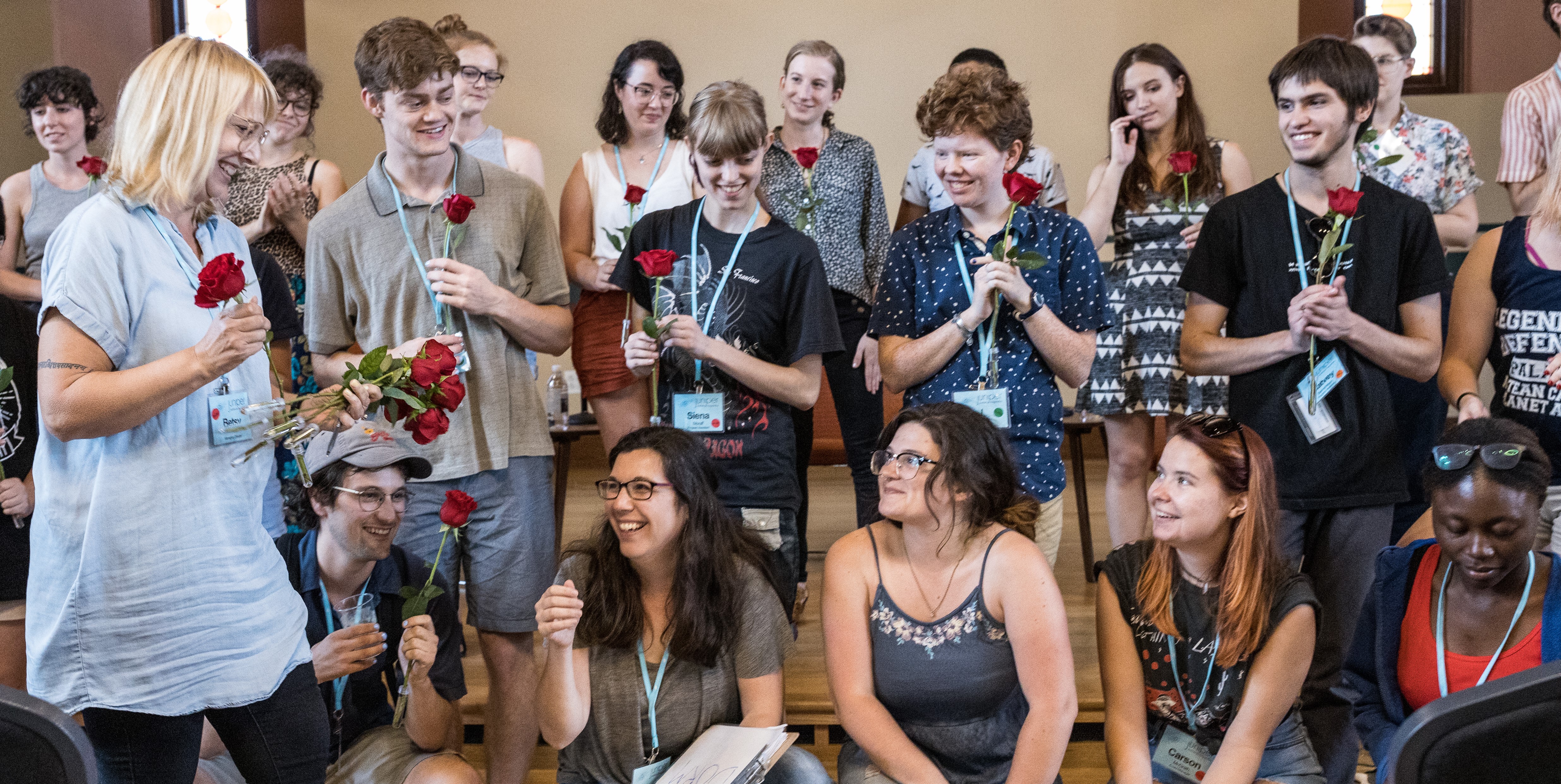 Jennifer Jacobson is Director of the Juniper Summer Writing Institute and the Juniper Institute for Young Writers. She is also Associate Director of the MFA for Poets and Writers at UMass Amherst. She founded the nonprofit organization When Children Save the Day to unite language arts and social action. Her work has been honored with a Creative Teaching Fellowship from the Massachusetts Cultural Council, the National Storytelling Network’s Brimstone Award for transformative community projects, along with support from the Solidago Foundation and the Community Foundation of Western Massachusetts. Her short story “Heat” received an honorable mention from Glimmer Train, and “Trouble and Bones” was a Tennessee Williams Festival’s Fiction contest finalist. Jennifer teaches creative writing at Smith College’s Young Women’s Writing Workshop, and with Voices from Inside, created the Family Storybook Project curriculum for incarcerated women and their children. 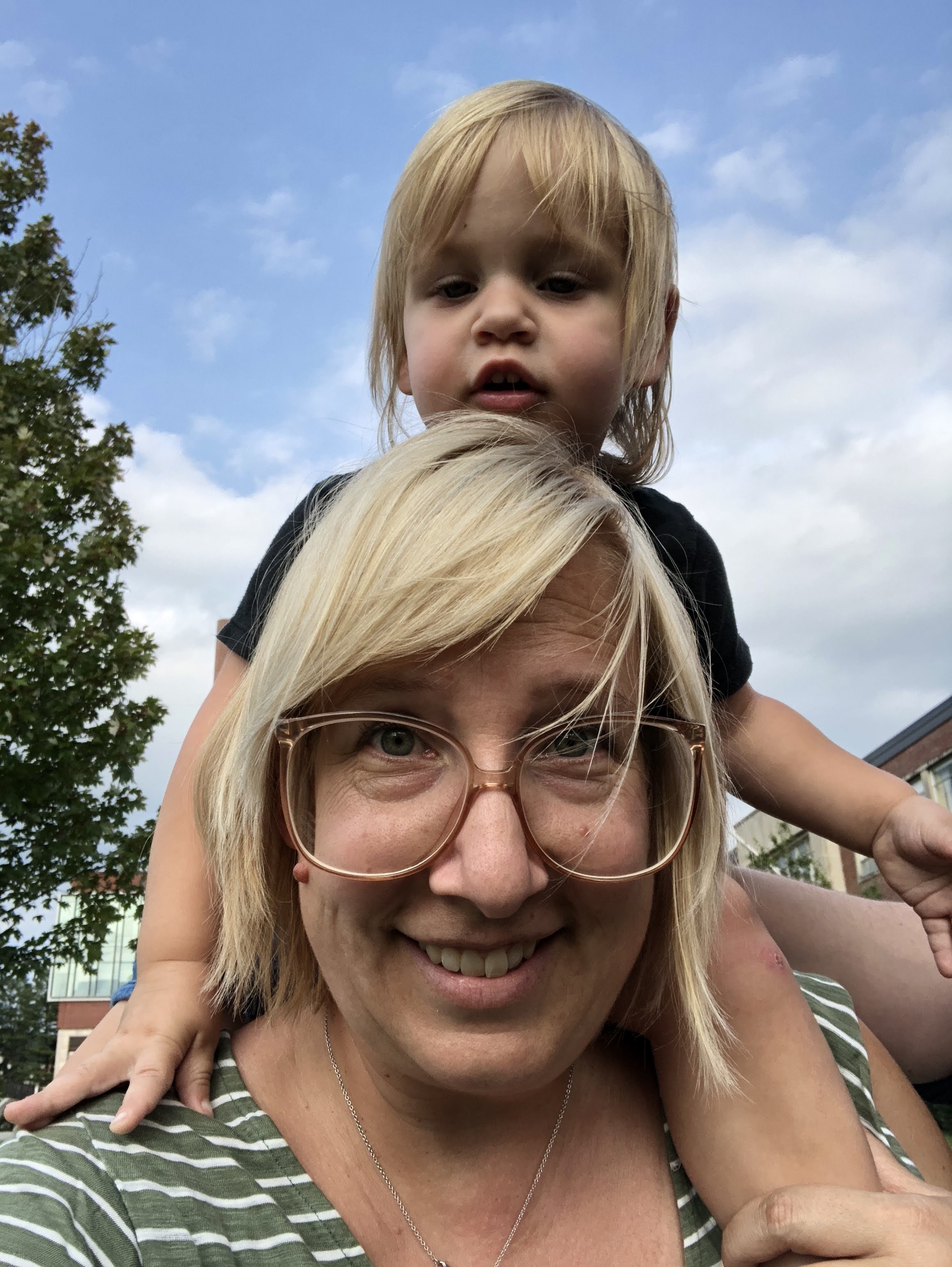 Betsy Wheeler is the author of the poetry collection Loud Dreaming in a Quiet Room and the poetry chapbooks Start Here and Mental Detours. She earned her MFA in poetry at The Ohio State University in 2005, and held the Stadler Fellowship at Bucknell University from 2005-2007. Her poems have appeared in Tupelo Quarterly, Windfall Room, The Journal, Bat City Review, Better, MiPoesias, Forklift Ohio and elsewhere. She lives with her wife and daughter in Amherst, MA. 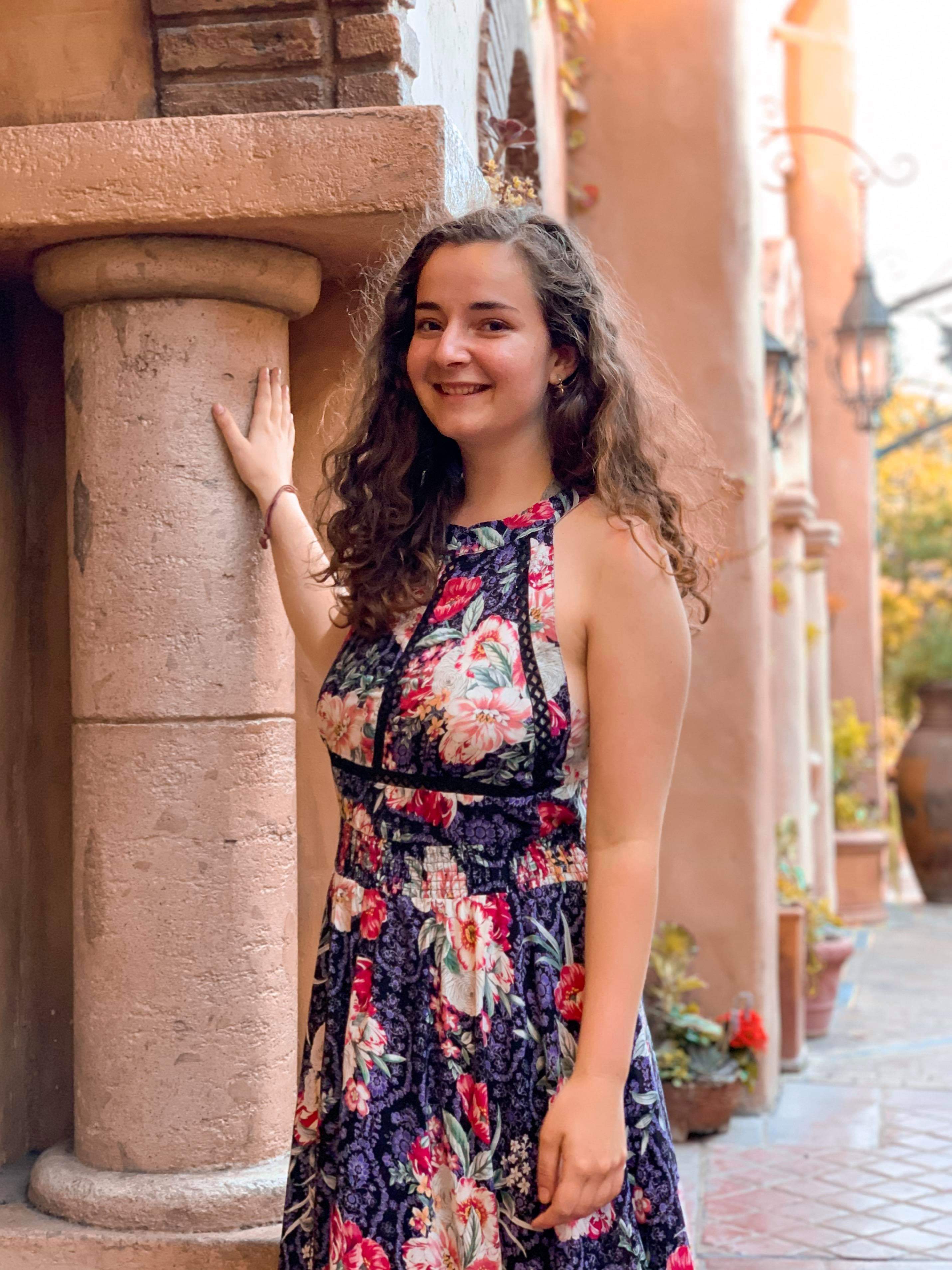 Marcella is a writer and first-year MFA student in fiction. She teaches in the Writing Program, and in the past has taught Creative Writing at Grubstreet, and ESL in Boston and Italy. Mosquitos have described her as, "10/10, would bite again." She is from California and moved to Massachusetts because the sun is her sworn enemy.

Madden Aleia is a writer and first year student in the UMass English MFA. When not reading or writing, she can be found — or better yet lost — in a vegetable garden or an unrealistically ambitious piano restoration project. She is the composer of Plants of the Bible (Feeding Tube Records, 2018), and lives in Northampton, MA with three cats. 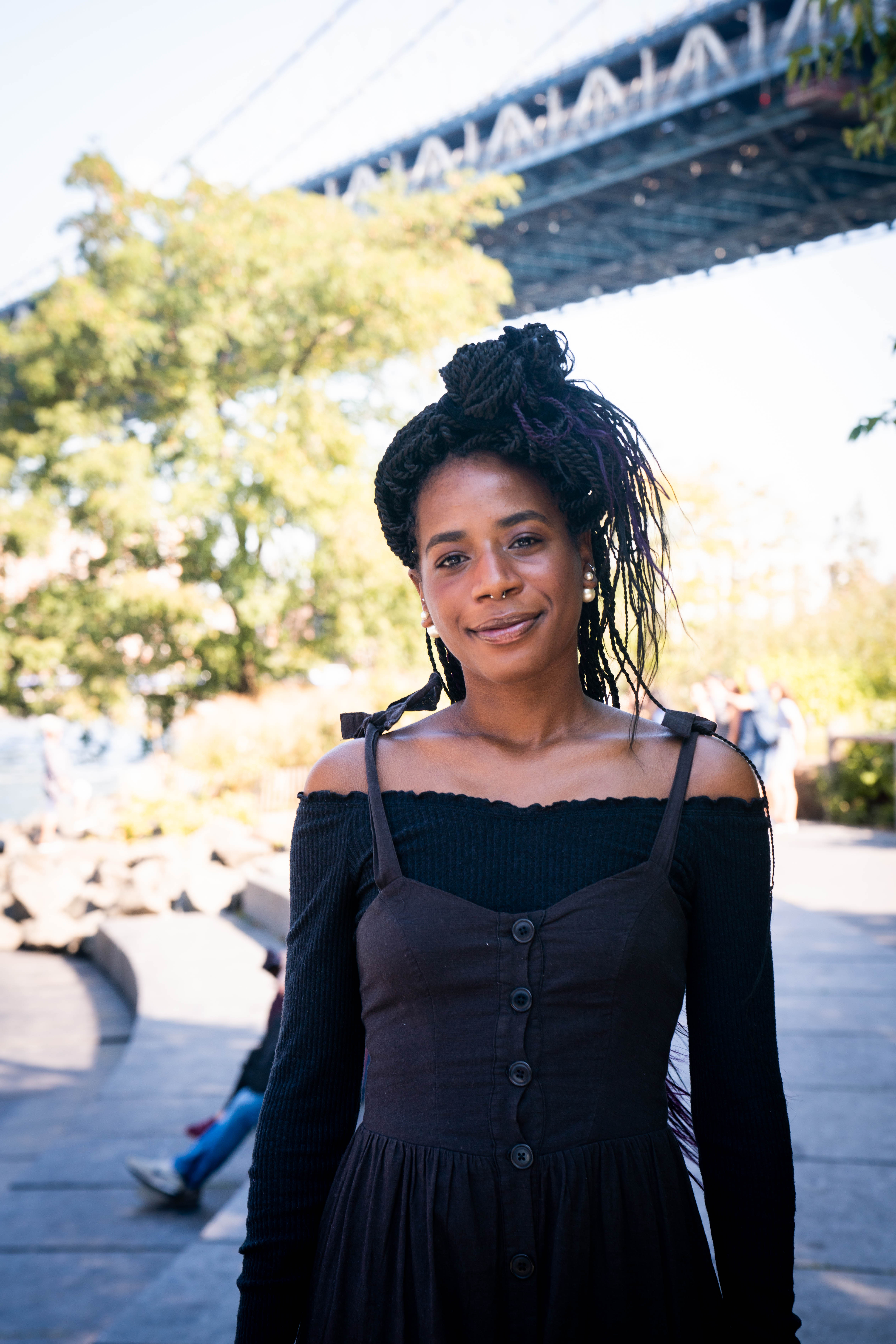 Franchesca received her bachelor's degree in English Lit. from Boston University. It's two years later, and she's starting the first year of her MFA in Prose at the University of Massachusetts, Amherst. Try as she might, she can't seem to venture beyond The Old Colony State. She enjoys horror movies, steak (well-done like a heathen), and occasionally, EDM. She currently resides in Easthampton, MA suffering through remote classes. 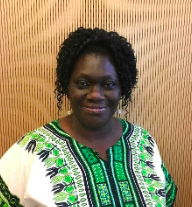 Yetunde Ajao is a Ph.D. candidate in International Education at the University of Massachusetts Amherst. Her scholarship broadly centers on finding solutions to youth employment in developing countries. She is also an Assistant Residence Director at UMass. She enjoys cooking, nurturing plants, and working with people. She is all about kindness. 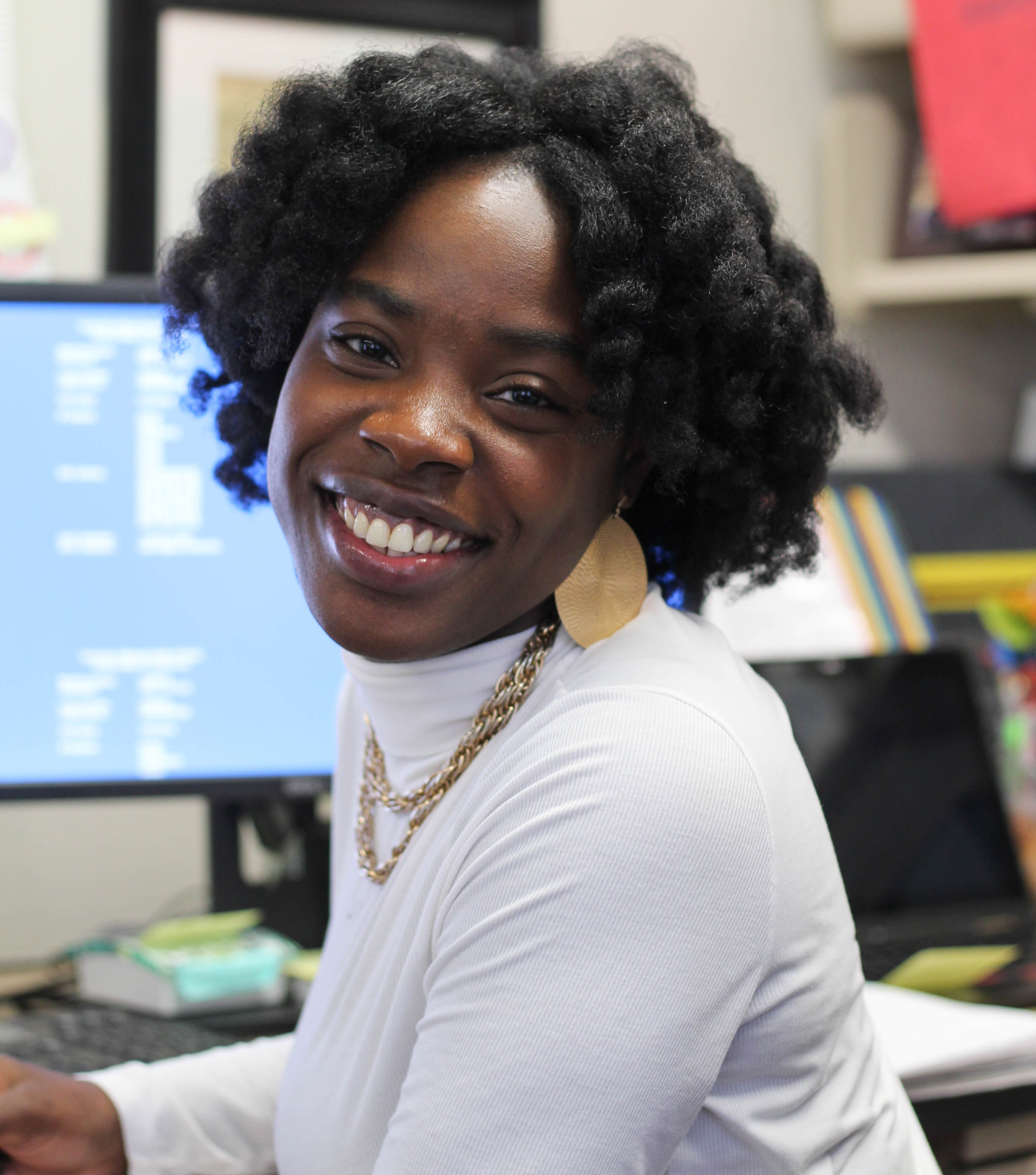 Crystal Norwood is a full-time Residence Director at The University of Massachusetts Amherst. She is origionally from New York. Crystal recieved her masters in Student Affairs and Higher Education from Loyola University of Chicago. Additionally, she is an allumnus of Pace University-Westchester, where she graduated with a Bachelor of Psycology and Human Relations. She enjoys things such as exploring new places and cultures, traveling, shopping, and various other random activities/hobbies. 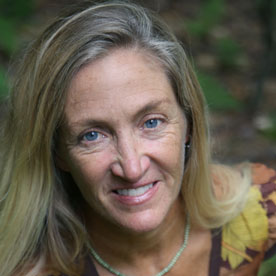 Noy Holland’s I Was Trying to Describe What It Feels Like: New and Selected Stories was published by Counterpoint in January 2017. Her debut novel, Bird (Counterpoint), appeared in 2015, to great critical acclaim. Holland’s collections of short fiction and novellas include Swim for the Little One First (FC2), What Begins with Bird (FC2), and The Spectacle of the Body (Knopf). She has published work in The Kenyon Review, Antioch, Conjunctions, The Quarterly, Glimmer Train, Electric Literature, Publisher’s Weekly, The Believer, NOON, and New York Tyrant, among others. She was a recipient of a Massachusetts Cultural Council award for artistic merit and a National Endowment for the Arts Fellowship. She has taught for many years in the MFA Program for Poets and Writers at the University of Massachusetts. Visit her author website, read an interview at The American Reader, and listen to her read from her novel Bird at Bard College.

Dara Wier's newest book of poems in the still of the night was released in fall 2017 from Wave Books, which has been her publisher since the book length poem Reverse Rapture. In 2014, The Believer named You Good Thing a reader's choice book of the year. Her poems have been awarded the American Poetry Review’s Jerome Shestack Prize, a Guggenheim Foundation Fellowship, a National Endowment for the Arts fellowship, a Massachusetts Cultural Council Artists Award, and the San Francisco Poetry Center's Book of the Year Award; are included in the Pushcart Prize and Best American Poetry anthologies; limited editions include (X IN FIX) and the big broadside The Usual Ratio of Banality To Wonder from RainTaxi’s brainstorm series, A Civilian's Diary of the War Years from The Song Cave, and with James Tate, The Lost Epic of Arthur Davidson Ficke, the Author’s Annotations, Commentary, and Notes of Reference for a Millennium’s Teardrop from Waiting for Godot Books. Recent poems can be found in Boston Review, Conduit, Volt, Plume, Poor Claudia, Bat City Review, Divine Magnet, Epiphany, LITERATURA, Hyperallergic, and elsewhere. She's been a poet-in-residence at the University of Montana, University of Texas, Emory University and the University of Utah; she was the 2005 Louis Rubin chair at Hollins University in Roanoke, Virginia and is a member of the poetry faculty of the MFA Program for Poets and Writers at the University of Massachusetts Amherst. She is a publisher and editor of the small independent press factory hollow press, and the literary magazine jubilat. Along with Noy Holland she co-founded the Juniper Initiative for literary arts and action and the Juniper Summer Writing Institute. Dara Wier was born in New Orleans, Louisiana. She writes the ongoing series about reading and writing INSIDE UNDIVIDED.