Juniper's Creative Writing Instructors are professional teachers, published authors, and graduate students pursuing their PhD or Masters of Fine Arts degrees in creative writing at UMass Amherst. Below are the fantastic and brilliant Instructors for the 2021 summer online program. 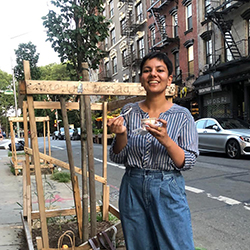 Sarah Ahmad was born in Delhi and grew up across the Indian subcontinent. She has been a graduate student in the Women’s History and Writing programs at Sarah Lawrence College, taught in the CUNY Start program, and was the 2018-19 Editorial Fellow at Poets & Writers. She is currently a PhD student in Literature at UMass-Amherst, working on the poetics of space in contemporary queer/diasporic texts, and writes in-between poem-prose beings. She is Assistant Editor at Guernica (poetry) and Conjunctions. Her work has appeared or is forthcoming in The Margins, Plume, the minnesota review, and MUSE India, among others. Find her on Twitter. 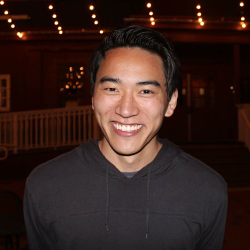 Mark Bias is a Korean-American writer whose work has been featured in Asheville Poetry Review, Best New Poets, PANK, Raleigh Review, and others. He is a recipient of the 2020 William Matthews Poetry Prize and longlisted for the Frontier Poetry Prize. He has also been published by Saejowi Initiative for National Integration which provides assistance to North Korean refugees. 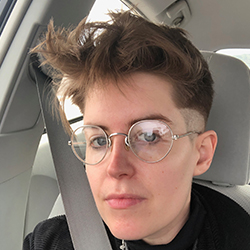 Sarah Coates is an interdisciplinary artist and writer. They have an MFA in metalsmithing from Cranbrook Academy of Art and are an MFA candidate in fiction at UMass Amherst. Their art has been exhibited internationally and their writing has appeared in the The Iowa Review, The Hawaii Review, 3 am Magazine, and Slag Mag. Magic, their pets (past and present), Gila monsters, creosote, their partner, and the nocturnal war coyotes and javelina wage on urban sprawl are all  important creative muses. 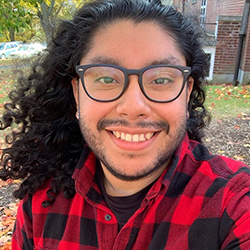 Julio Cesar Diaz, son of Central American immigrants, is a native Texan currently residing in Massachusetts, where it seems A/Cs aren’t a prominent religion. He’s a gay bilingual left-handed Capricorn, who uses he/them pronouns. Some of his interests include self-translation, isekai mangas, DnD, and long running web-novels. As an instructor, he pays greater attention to the process because he believes in the middle of the process is where most of the discovery happens. 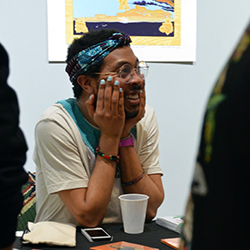 JR Mahung is a Garifuna poet from the South Side of Chicago. They coached poetry slam teams and helped organize the Louder than a Bomb youth poetry slam festival (now Wicked Loud Youth Poetry Festival) while living in Boston. Their second chapbook of poems “Since When He Have Wings” is available on Pizza Pi Press. JR tweets about prison abolition, meal prep and the NWSL Challenge Cup here: @jr_mahung. 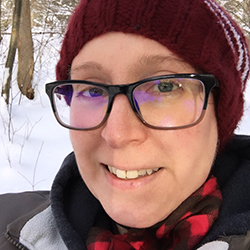 Laura S. Marshall (she / they) is a poet, educator, and former linguist who also serves on the editorial staff of the literary magazine jubilat. Laura's work has appeared or is forthcoming in Bennington Review, juked, decomP magazinE, Epigraph Magazine, Lavender Review, and elsewhere. Laura is an MFA candidate at UMass Amherst, and loves music, nature, travel (when it's safe!), and gluten-free vegan pizza. 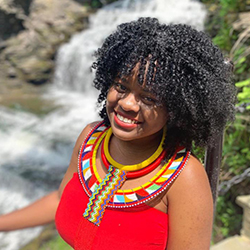 Yvette is a Zimbabwean sarungano/griot (storyteller). She is pursuing her MFA at the University of Massachusetts Amherst where she teaches in the Writing Program. She earned her BA at Cornell University and was a finalist for the 2020 Tin House Young Adult Writer of Color Scholarship. She received the George Harmon Coxe Award for Poetry selected by Sally Wen Mao, and was a runner up for the West Chester University's Myong Cha Son Poetry Award. Her interests include Africanfuturism/Afrofuturism, historical fantasy, oral poetry/storytelling, and African literature. 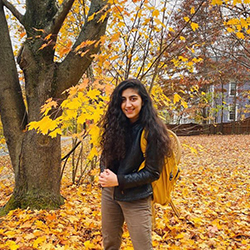 Rabia Saeed is a fiction writer from Kohat, Pakistan. She speaks Urdu, Pashto, and English, and pretends to speak some French and Arabic too. She thinks a lot about words, comedy in writing, and translation, how these three things are connected by the friction in language, that is, juxtaposition—how every translation carries a knowledge of and juxtaposition with the language from which it is translated. She is currently obsessed with British comedy sketches from the late 80’s and all things Stephen Fry. She was a finalist for the James W. Foley Memorial Prize and Editor's Prize in Prose for Meridian, and awarded the Harvey Swados Fiction Prize. She teaches Creative Writing at University of Massachusetts, Amherst. 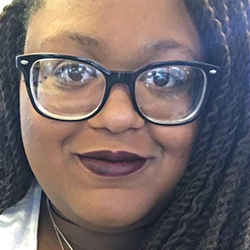 Alex Terrell is a writer and maker of worlds. Her interests include Black Girl Magic and how Black girls manage being powerful in fiction. She is interested in magical realism and genre fiction. She would like you all to know she is one of the Dora Milaje who protects the king in Black Panther, she's a Gryffindor, though with some Ravenclaw mixed in, and she is House Stark! 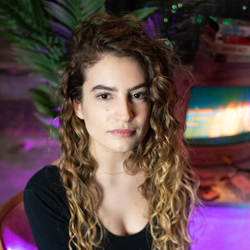 Rachelle Toarmino is a writer, editor, and educator from Niagara Falls, New York. She is the author of the poetry collection That Ex (Big Lucks Books, 2020) and the chapbooks Feel Royal (b l u s h, 2019) and Personal & Generic (PressBoardPress, 2016). Her poems and essays have appeared or are forthcoming in Electric Literature, McSweeney's Internet Tendency, Sundress Publications, P-Queue, and elsewhere, and have been anthologized in The Cosmonauts Avenue Anthology and My Next Heart: New Buffalo Poetry. She is the founding editor in chief of Peach Mag, the assistant managing editor of jubilat, and a teaching artist at Just Buffalo Literary Center. She lives between Buffalo and Western Massachusetts, where she is an MFA candidate in poetry at UMass Amherst. 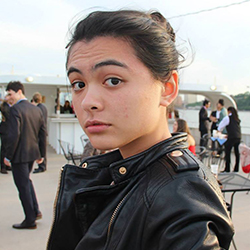 Lucy Wainger grew up in New York City, studied creative writing in Atlanta, and is now a poetry student in the MFA program at UMass Amherst. Someday, she hopes to teach English in a New York City high school. She likes trashy TV, taking the train, doing math, and collecting books. You can find her poems in Best American Poetry 2017, DIAGRAM, Passages North, Poetry, and elsewhere. 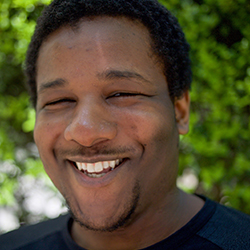 Dāshaun Washington is a writer and teacher of poetry from Western Massachusetts. His poetry  seeks to explore the hardships and intricacies of being Black and male and gay. He is recipient of the 2018 Robert Bone Memorial Poetry Award, finalist for the 2019 Cosmonauts Avenue Poetry Prize, and semi-finalist for the 2020 92Y Discovery Poetry Contest. He is also a recipient of scholarships and fellowships from the Bread Loaf Writers' Conference, The Watering Hole, Tin House, MASS MoCA, Millay Colony, and beyond. His work has appeared or is forthcoming in American Poetry Review, Glass: A Journal of Poetry, Cosmonauts Avenue, The Boiler, Tinderbox, and elsewhere. You can follow him @DashaunDub on social media or visit dashaunwashington.com