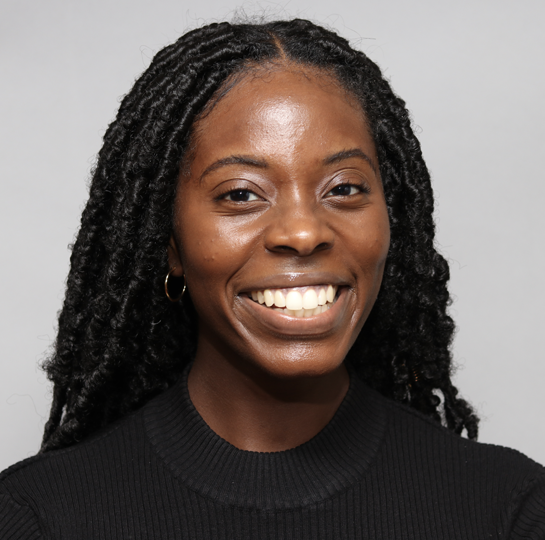 If you’ve ever read a headline on The New York Times website, chances are you’ve seen the work of Nia Decaille, class of ’15.

In her new role as a Search Engine Optimization (SEO) Editor, she helps to amplify The Times’ most popular articles by researching which words people use to find online content and deciding which topics matter to the audience.

“I anticipate what people might be interested in and close the gap between what they need to know to create things that people will want to read and engage with,” said Decaille.

Decaille started studying the way Google surfaces content, and how that can boost the visibility of stories, after she graduated in 2015. “Whether it is Journalism, Communications, or Media in general, what I found is people are looking for individuals who know how to tell stories, how to take a lot of information and whittle it down,” she said. “I do this even now, aside from reporting, whether it is about our competitor or something cool, I am taking the narrative, whittling it down and just sharing the facts.”

In her free time, Decaille writes a newsletter called “Sensitive Black Girl” and launched it on Instagram last year. It’s an advice column for individuals with inflammatory skin conditions. “I am sensitive to stress, and unfortunately, it shows up on my skin,” said Decaille. “I enjoy writing about beauty, and it has been fun to connect with people.”

As an undergraduate student, Decaille was active in Amherst Wire, the digital-first student-produced publication of the Journalism Department. She worked her way up from deputy editor to editor-in-chief. She always liked writing, but she came to UMass unsure about what she wanted to do for a career. Her time with Amherst Wire was a formative experience that helped to solidify her interest of the interplay between journalism and building an audience.

“We were thinking about how to relaunch Amherst Wire, how to brand it in a way that feels different from the Daily Collegian and what our voice would sound like online. That was one of the first times I came up with a strategy, and I realized I enjoyed trying to figure out how to get eyes on our stories and making sure that we were writing a variety of things,” she said.

After graduating from UMass Amherst, Decaille’s first job was in New York City at a digital startup site for millennials called Odyssey. “This job exposed me to the job I have now because I became curious about what SEO was, and how we could implement it into our everyday there at Odyssey,” said Decaille.

From there, she worked as a freelance writer for publications such as Blavity, The Root, and Bustle. However, it was her job at the Washington Post that changed the trajectory of her career.

“I went from working at a company with an editorial team of fewer than 30 people to an entire ecosystem once I started at The Post. It was such an eye-opener as to why they needed people with different skill sets,” said Decaille.

The proudest moment in her career was when she wrote her first cover story for The Post in June 2020 about how beauty professionals navigated the pandemic. Another proud moment was when she worked on a 10-part series for The Post in November 2020 with nationally syndicated Column Writer Michelle Singletary, to debunk racist myths that black people must often contend against when speaking about personal finance, redlining, the generational wealth gap, and stereotypes. “That was a proud moment because I saw how audience work could be an integral part of journalism, not an aside,” said Decaille.

“Students should know that it is a big world out there, and you can work in journalism even if you are not an editor or reporter. Journalism and media, in general, is much bigger than you think,” she said. “Learn how to write well because that skill is transferable, and people with different skill sets are needed out there.”