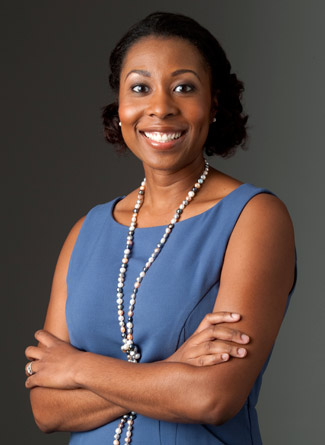 When Audie Cornish, class of ’01, interned at NPR in Washington during the summer of 2000, she never expected that twelve years later she would co-host one of its flagship shows.

“I don’t think I could have dreamed that I would have been doing anything like that, even if I had gotten to work at NPR,” Cornish said in a phone interview from the NPR offices in Washington, D.C.

Cornish is a co-host of All Things Considered.

Cornish attributes her preference for radio journalism to the power of the human voice.

“When you hear somebody’s voice, especially on the radio, where it’s a very rich sound, almost like the person’s standing next to you, it’s a very intimate medium,” Cornish said. “And when someone tells you their story, for a moment you have a connection with that person. I couldn’t get that from any other medium and I couldn’t convey the tone and the emotion in people’s voice the way some writers do.”

Cornish is an accomplished reporter. In 2005, she won first prize in the National Awards for Education Writing for "Reading, Writing and Race: The Face of the Achievement Gap in Schools," a four-part series she reported for WBUR. Whether it’s for the Associated Press in Boston – her first job out of college – or for a small bank’s communications department – her first internship – Cornish sees writing as an investment in a journalist’s professional career. As long as a job or an internship allows an aspiring journalist the chance to write, Cornish advocates a “just say yes” approach to professional opportunities.

“I think sometimes people think that, ‘Well, if I take this job, it won’t put me on the path to journalism,’ Cornish said. “And I don’t really think that’s true. What puts you on the path to journalism is writing. As long as you have writing to show at the end of that, that’s the most important thing to do. And if it’s not a job and it’s your blog, fine. Do a blog but be prolific. Report it. Don’t be afraid to do some interviews and actually do some reporting.”

Cornish said the transition from reporter to host has been “a lot of fun.” She loves reporting and the traveling, people, and politics that come with it, but she said hosting gives her “an opportunity to explore many, many more areas of culture and music and art, and talk to authors as well as do the news.”

“As a reporter, sometimes you talk to a person and you only get to use a few minutes of the interview that you gathered because you have to put so many other voices in the story to create a 360-degree view,” Cornish said. “As a host, you can say, ‘I want to dig into that one idea. I want to talk to that one other person for just a few more minutes because I think they have a lot more to say and would introduce the audience to new ideas or make them think about something in a way that people aren’t talking about.’”