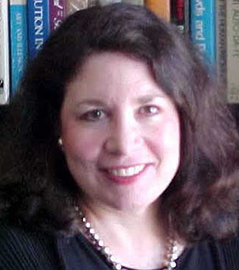 Her published articles and reviews have appeared in the following journals:

She holds an adjunct appointment in the German Program in the Department of Languages, Literatures & Cultures.

Judaic Studies 101:  The Jewish People I, Biblical to Medieval Period;