Professor of Judaic and Near Eastern Studies 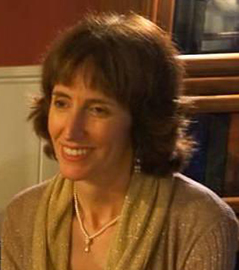 Professor Ben-Ur is a historian specializing in Atlantic Jewish history, slavery studies, and the Ottoman diaspora. She is the author of Remnant Stones: The Jewish Cemeteries and Synagogues of Suriname: Essays (Hebrew Union College Press, 2012) and Remnant Stones: The Jewish Cemeteries of Suriname: Epitaphs (Hebrew Union College Press, 2009), both co-authored with Rachel Frankel; Sephardic Jews in America: A Diasporic History (New York University Press, 2009), and Jewish Autonomy in a Slave Society: Suriname in the Atlantic World, 1651-1825 (forthcoming with the University of Pennsylvania Press in May 2020). Her current project, funded by the Marion and Jasper Whiting Foundation Fellowship, focuses on the ordeal of citizenship in Western Europe as experienced by thousands of Ottoman Jews, Christians, and Muslims during the first half of the twentieth century.

Her articles have appeared in the following journals: Journal of Global Slavery; Immigrants and Minorities; New West India Guide; Jewish Quarterly Review; Jewish Social Studies; American Jewish History; American Jewish Archives; Jewish History; and Studies in Bibliography and Booklore. Many of these publications can be found at: https://works.bepress.com/aviva_benur/

Professor Ben-Ur holds adjunct appointments in the Department of History and in the Programs in Spanish and Portuguese and Comparative Literature.