The week of March 23-30, 2016 saw an exciting convergence of dialogues and debates across UMass and the Five Colleges, centering on the histories, implications and legacies of Black liberation struggles. The many events sponsored by diverse centers and departments offered and an opportunity to raise the level of our campus’ thought and action in support of the Black Lives Matter movement. The Institute for Social Science Research (ISSR) was pleased to collaborate with the Psychology of Peace and Violence Program (PPVP) to open and close the week’s events with two important conversations exploring how methodological innovation in social science can, and does, offer scholars committed to racial justice a range of pathways for advancing the cause. 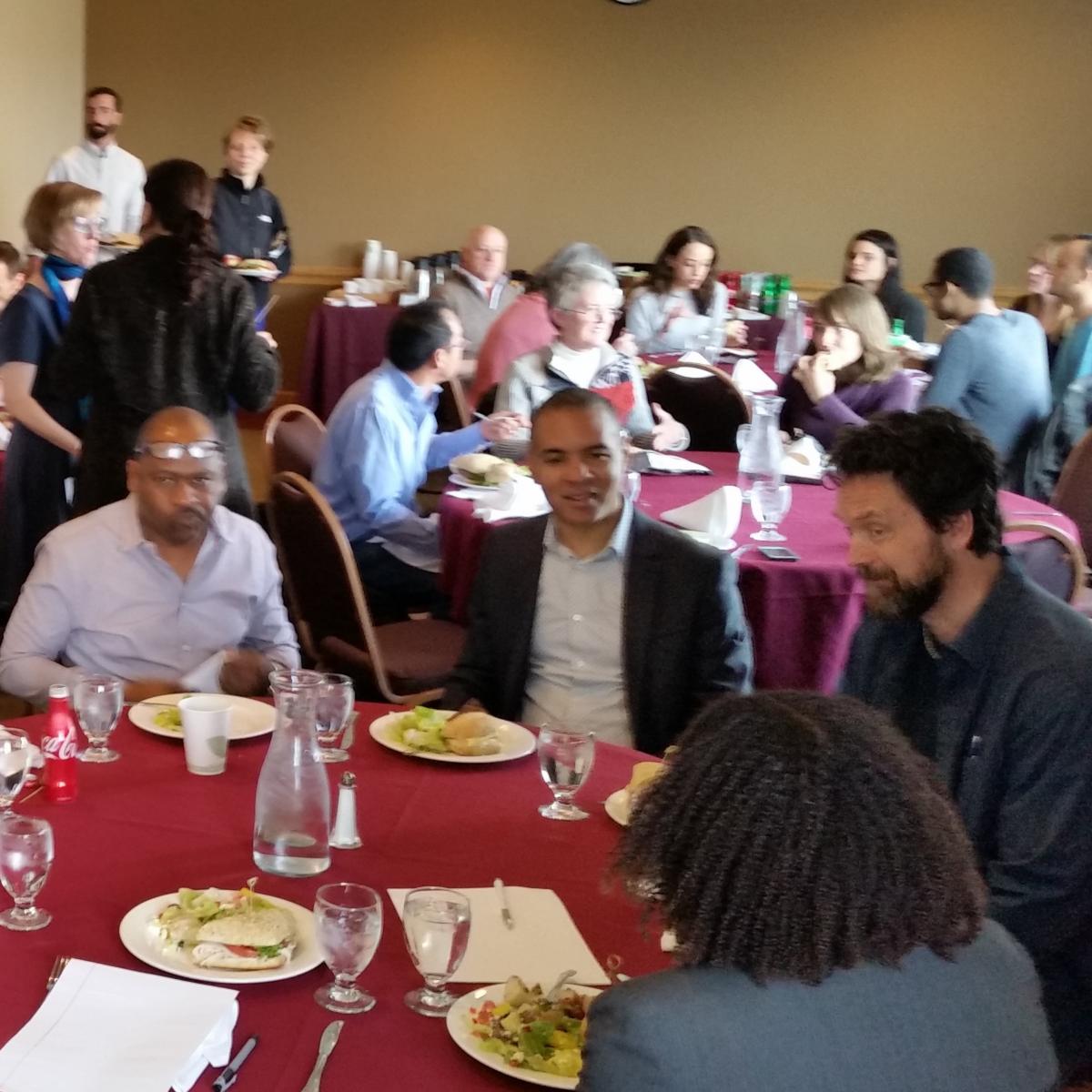 On March 23, over 70 people packed the Campus Center’s Hadley Room to launch the week’s discussions, with Prof. Dean Robinson (Political Science / UMass Amherst) moderating a panel on the use of social science research methods to push the boundaries of knowledge on race and power.

Prof. Dawn Dow (Sociology /Syracuse University) led with a powerful ethnographic account of how Black middle and upper middle class mothers in the Bay Area confront the “visibility and vulnerability” of their sons.  She described how her research was “book-ended by the shooting deaths of Oscar Grant in 2009 and Trayvon Martin in 2012“ and how these events influenced mothers concerns for their sons’ safety.  In her presentation, Dow underscored how an “empathy gap” that minimizes the perceived suffering and exaggerates the perceived threat of Black and brown bodies shaped Black middle class mothers strategies and aligned them with the so-called “Black Male Code.”  These strategies included managing the experiences, environments, emotions and physical appearance of their sons to help their sons confront and navigate gendered racism- discrimination based on their racial identity and gender- in the broader society. 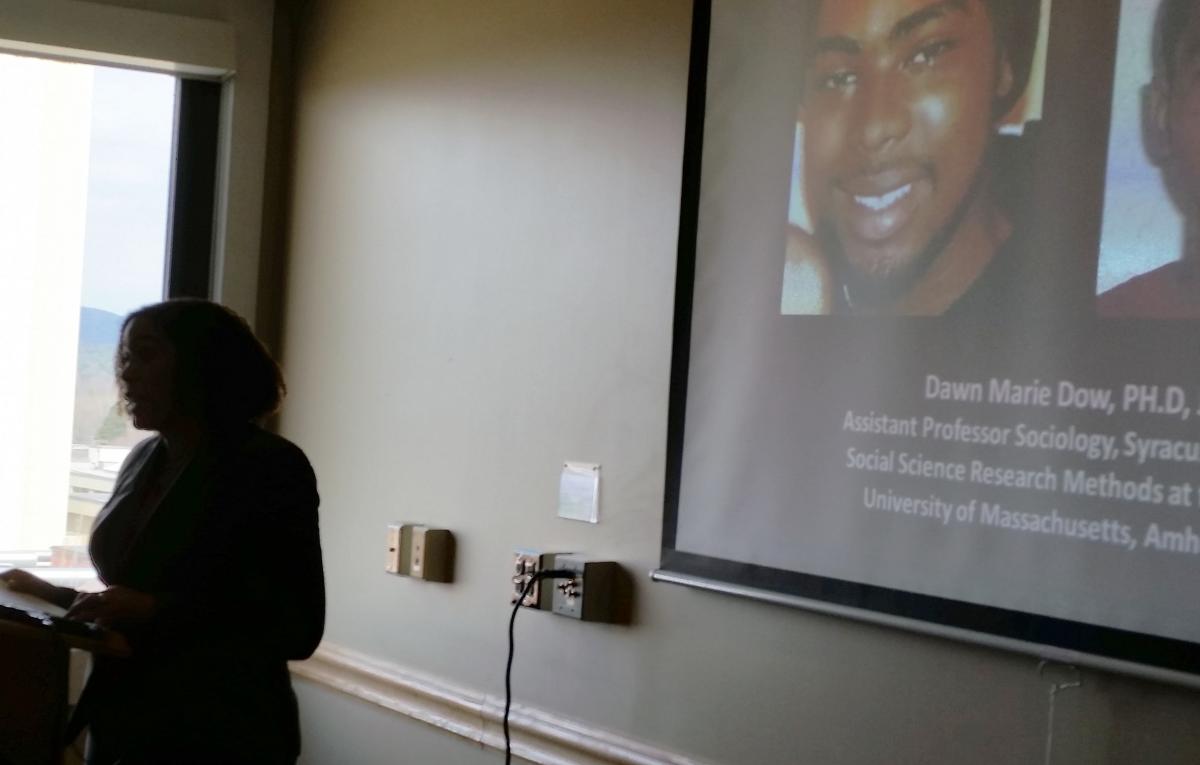 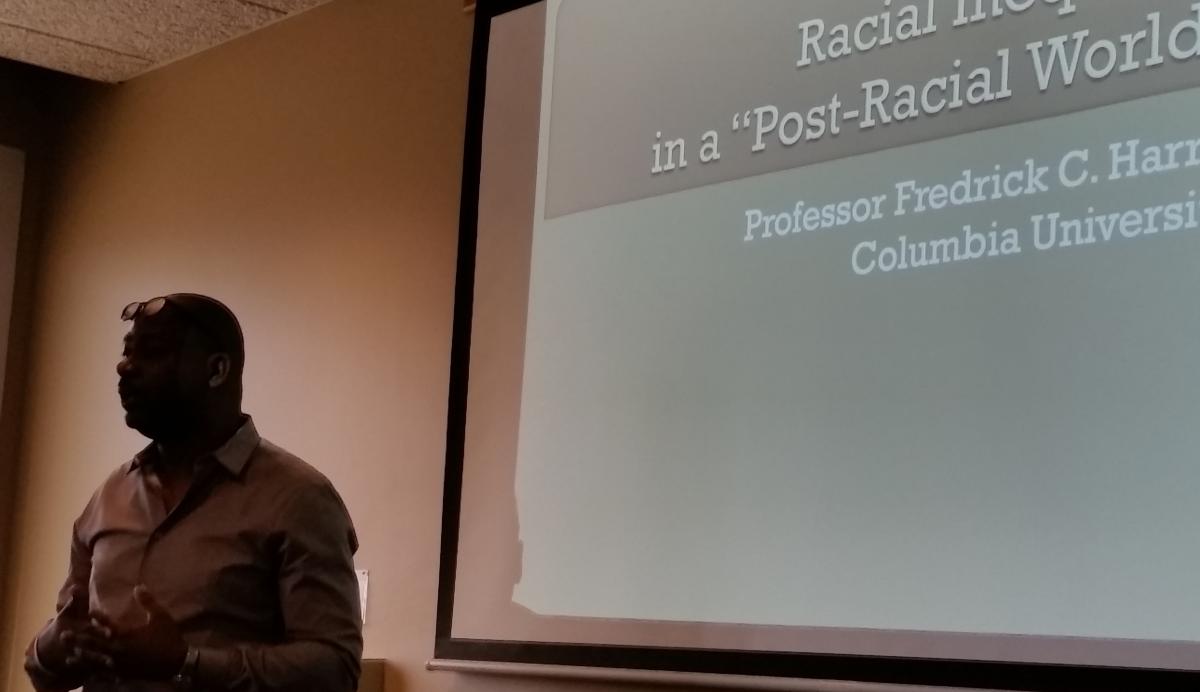 Prof. Fredrick Harris (Political Science / Columbia University) called for social science to restore a lost focus on the structural drivers of implicit racism – drawing on Eduardo Bonilla-Silva’s concept of “racism without racists” to urge a methodological shift from the behavioralist to the institutional. He pointed out that negative white racial attitudes against people of color alone can’t account for the persistence of racial inequality, decades after the civil rights reforms of the 1960s. Harris argues that more attention should be placed on hidden institutional rules and practices that are on surface race neutral but produce racially imbalance outcomes. Harris suggested that social science could offer “institutional stress tests” (analogous to the financial stress tests that model a financial instrument or institution’s likely effects) to model and help decisionmakers predict the mechanisms by which racial injustices might arise (or be prevented) by any proposed policy.

In her remarks, Prof. Linda Tropp (Psychological and Brain Sciences / UMass Amherst) showed how a social psychological perspective can enhance our understanding of the ways in which structural forces shape individuals’ perceptions, attitudes and behaviors. Her research, based on meta-analyses and original studies, shows how the prejudice-reducing effects of contact vary among historically advantaged and disadvantaged group members, such that they are typically stronger among Whites than among Blacks. In studies of relations between Blacks and Whites in South Africa and the U.S., she demonstrates that Black respondents report greater racial closeness when they perceive less racial discrimination, and they report greater interest in contact with Whites the more they perceive that Whites value diversity.  Moreover, although greater interracial contact tends to predict greater support for collective action to promote racial justice among Whites, such contact has the potential to diminish such support for collective action among Blacks. These effects illustrate the importance of examining divergent perspectives on interracial relations, and to identify pathways through which both Blacks and Whites may engage in actions to promote racial justice.

While the audience raised methodological questions (for example, about the absence of attention to the experiences of Black women, who are the recognized leaders of Black liberation struggles), discussion centered largely on practical and political concerns. What does the research say mothers should be telling their sons? What will sustain the Black resistance struggle and maintain pressure on white supremacist institutions? How can scholars translate their methodological innovations and findings into wider policy and cultural impacts? For these and other questions, the group noted that scholars can shape the national agenda in a number of ways: by demanding the collection of data that are not systematically collected at the present time (such as on racial patterns in police violence), by publicizing solid science findings that speak “truth to power,” by identifying mechanisms that thwart policy intentions, and other measures that act synergistically to support justice, reconciliation, and awareness of the implicit biases that haunt or our institutions today.

The discussions illustrated the need for more such conversation on this and other University campuses, and provided a powerful launch to the week’s ensuing events. On March 28, almost one week after this opening call for research “Affirming Black Lives Matter,” ISSR, PPVP, the Public Engagement Project and the GEO Black Caucus convened some 25 scholars at Bartlett Hall to share reflections from the week’s events, and to collectively brainstorm ideas for how UMass and area colleges could sustain and deepen actions to advance racial justice.  Doctoral students Armanthia Duncan and Tiamba Wilkerson and Prof. Sancha Medwinter (Sociology / UMass Amherst) framed and led this participatory dialogue to ask “How do we Heed the Call.” They noted the real risk of backlash against members of the campus community who challenge  racist policies and practices – at times incurring vitriolic public attacks through social media, at times drawing retribution from publishers and editors, administrators and disciplinary associations, and (especially for students and junior faculty) advisors and mentors wary of disrupting the flawed system that sustains them. 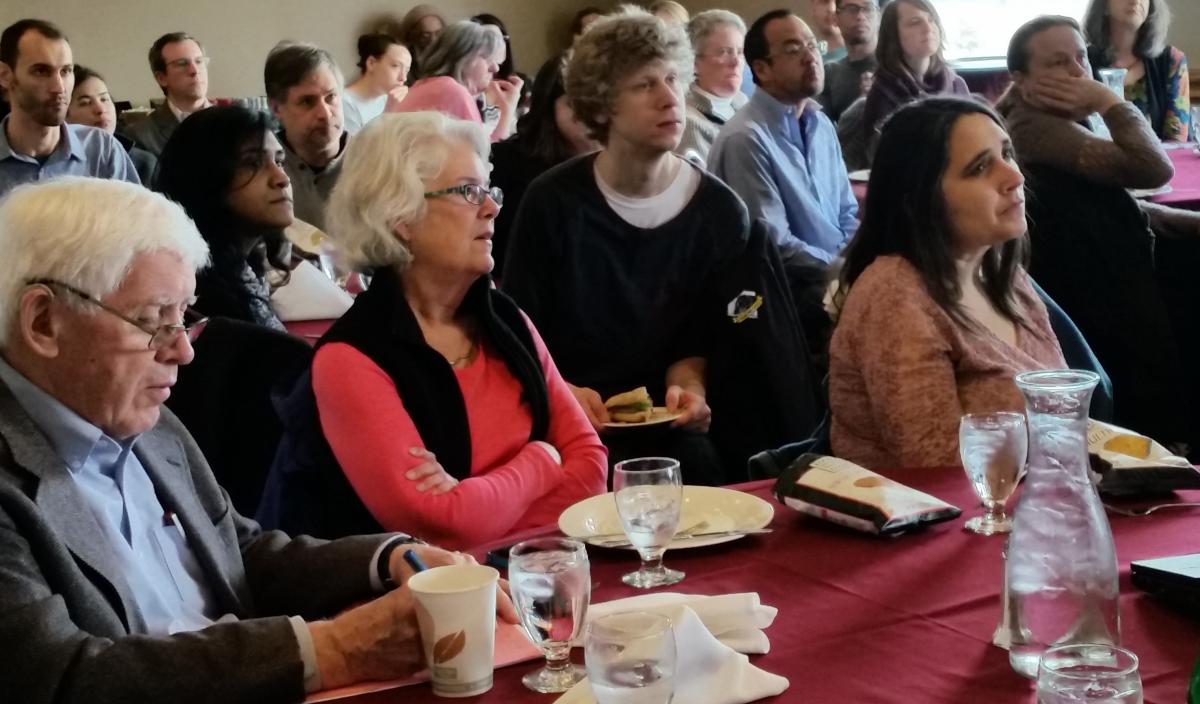 A rich discussion generated some elements of a system that could shift the Academy’s contribution to racial justice struggles. These included:

Such proposals are not without challenges, for the individuals who would enact them and for the university itself – and so would require a political commitment from leaders at multiple levels of the university to invest in and promote the work, and to protect those who do it from both subtle and overt forms of retaliation. Those who engaged the conversation were wary, but conscious that the moment is right for the Academy to increase its efforts to manifest “a world where Black Lives Matter.”