ISSR Director Laurel Smith-Doerr and graduate RAs Sharla Alegria and Tim Sacco were invited to present their research on diversity in science teams at the White House Office of Science and Technology Policy on March 1.

While policymakers and advocates commonly call  for increased diversity in the U.S. STEM (Science, Technology, Engineering and Mathematics) enterprise, it is less common for them to consider scientific findings on the mechanisms by which diversity makes STEM stronger. The lively and engaged dialogue that this session engendered was a special opportunity to inform policy debates with robust, relevant research findings and explore some of the challenges and complexities inherent in evidence-based policymaking about matters that involve human beings. 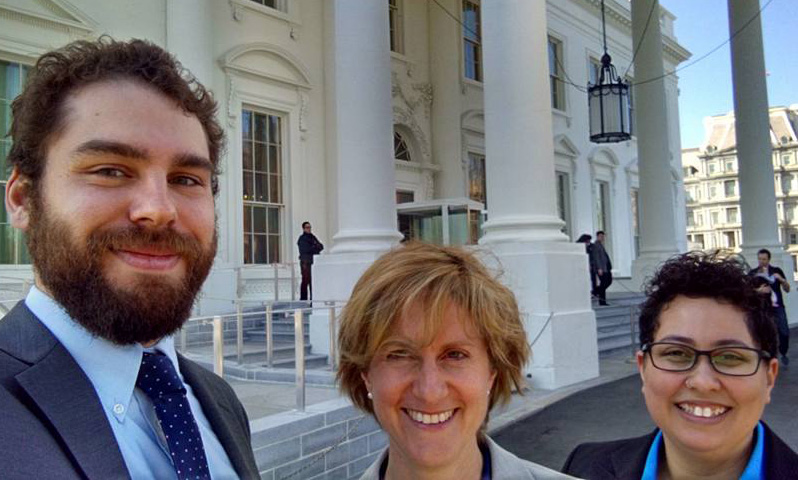 After writing a memo in response to a request from the Office of Science and Technology Policy, Smith-Doerr, Alegria, and Sacco were invited to travel to Washington, DC to provide a detailed, in-depth analysis of the literature and their own research on diversity in science teams. They demonstrated that the literature shows that diversity is associated with increased productivity, creativity, innovation, problem solving, and research quality, but only in environments that are sufficiently integrated to allow full participation from all group members. When stereotyping and biases are strong, minority group members are often unable to fully participate, and the positive effects of team diversity cannot be realized.