Janet Vertesi, Assistant Professor of Sociology at Princeton University, explored the deeply social nature of scientific knowledge in her lively January 27 talk"Seeing Like a Rover: How Robots, Teams and Images Craft Knowledge of Mars."

This public lecture, co-sponsored by the Department of Sociology and the Institute for Social Science Research, brought to life the ethnorgraphic research published in Vertesi's 2015 book of the same title (University of Chicago Press). 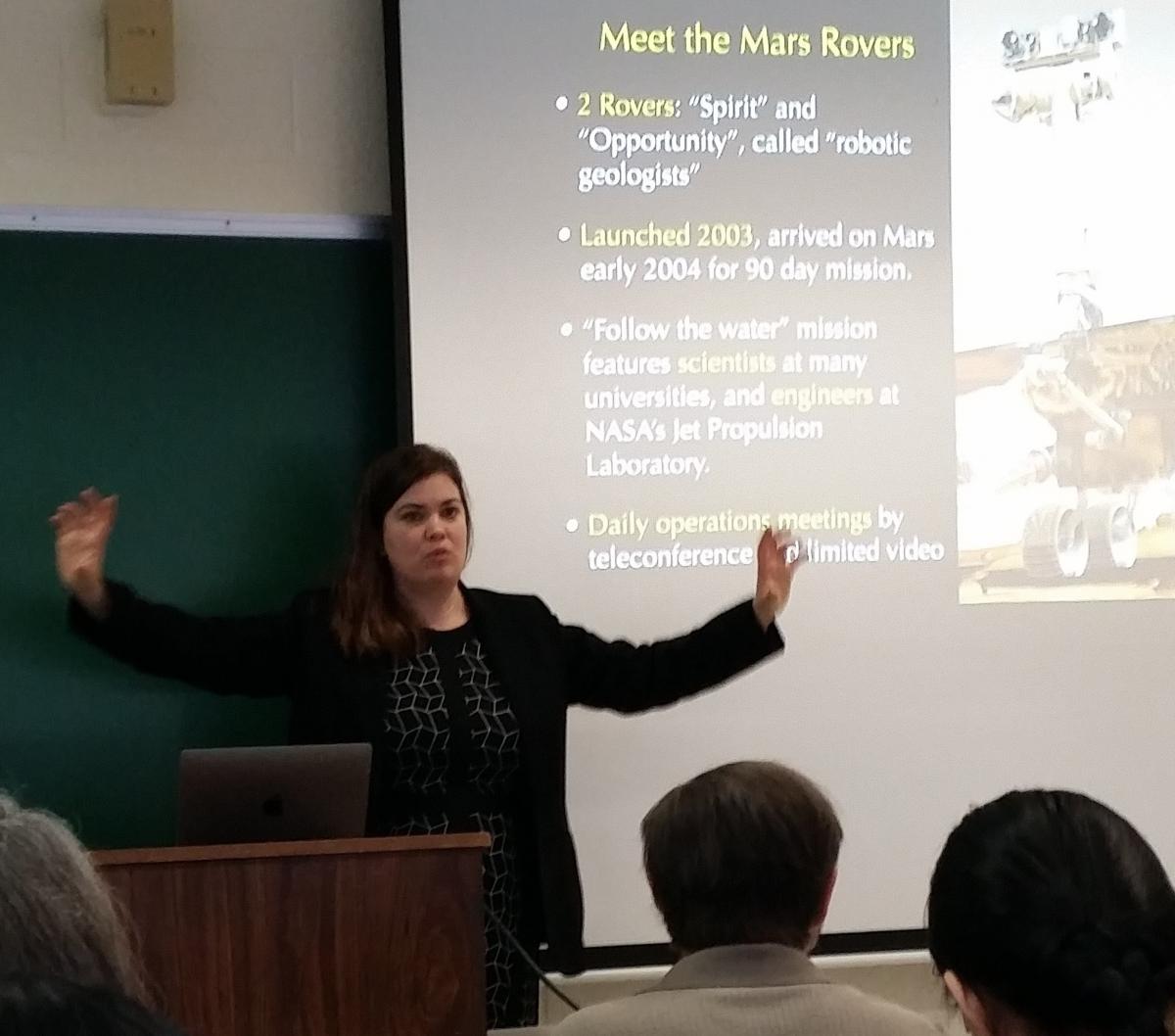 In her talk, Vertesi described "seeing like a Rover" as a kind of "representational craft," the embodied and collective work of human beings to select, gather and interpret scientific data. Mission members' very bodies moved and responded along with Rover's signals; mission teams existed as such only in their capacity to collectively see and think through the lens of the Rover technology.  It is only through this work, and through the practices by which scientific teams build consensus around how to do it, that the data Rover beams back to Earth become the images of Mars so familiar to us all, and acquires the meanings so central to scientific knowledge.

Vertesi's research shows how organizational dynamics structure every aspect of these visualization practices, and what comes to be known as scientific fact. The Mars images produced thus represent not only the objects that Rover instruments "see" on a distant planet, but also the knowing subjects and their particular organizational contexts back on Earth.  "Politics," Vertesi noted, "doesn't only affect the science, it is the science." And through the science of places far, far away, Vertesi shows us that we can better understand the social order, right here at home.