Following its well-attended November research panel on the social science of climate change and sustainability, ISSR hosted a working group of scholars who expressed interest in collaborating to advance critical social science on climate change, locally and with the Jawaharlal Nehru University in Delhi, India.

The January 20 conversation began with an update from ISSR Director Laurel Smith-Doerr on the highlights of her December 2015 visit to JNU as part of a wider UMass initiative to build collaborative ties between the two institutions. Smith-Doerr noted potential synergies between UMass and JNU scholars in topics as wide-ranging as disaster response and resilience, land use and climate change, rethinking borders and migration, and national and international energy policy, aimed at decolonizing both the methods and the substance of the research. She solicited feedback on a range of possible modalities for the relationship, including scholar and student exchanges and thematic conferences leading to joint publications and theory development. 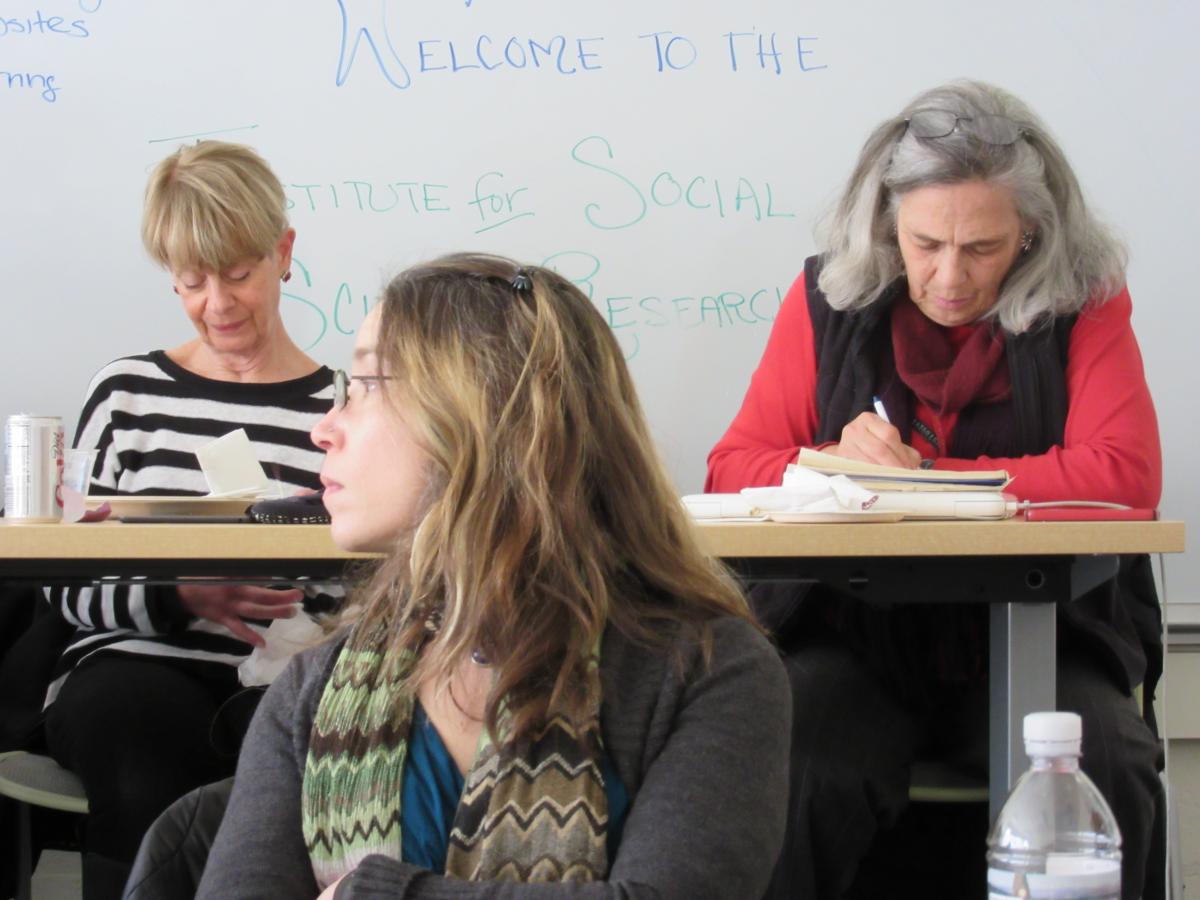 More locally, participants called for the working group to serve as a means for building community among scholars who work today on climate change and environment across scattered departments and disciplinary boundaries. Other groups are building  directories of engaged researchers and identifying relevant courses across departments and universities. This working group could contribute by organizing regular colloquia and prospecting for funding and research collaboration opportunities. Group coordinators Benjamin Weiner (Geosciences) and Timothy Sacco (Sociology) have launched a survey to help consolidate an agenda for the working group. Please join the dialogue by completing the survey here, and contacting Timothy Sacco to let us know your interest in future engagement!