Update March 13 | This event has been postponed. A new date will be announced. 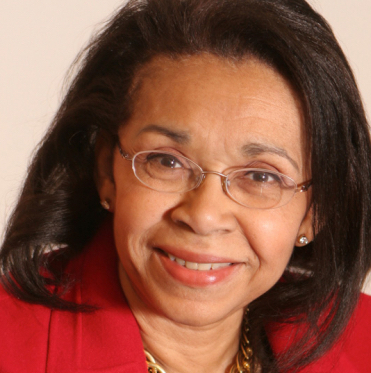 Shirley Malcom is Senior Advisor and director of SEA Change at the American Association for the Advancement of Science (AAAS), the world’s largest general science organization. She works to support transformative change in teaching and learning, research and practice to improve the quality and increase access to education and careers in STEM fields. Dr. Malcom is a trustee of Caltech, and a regent of Morgan State University. She served on the National Science Board, the policymaking body of the National Science Foundation (NSF), and on President Clinton’s Committee of Advisors on Science and Technology. Malcom, a native of Birmingham, Alabama, received her PhD in ecology from the Pennsylvania State University, masters in zoology from UCLA, and bachelor’s in zoology from the University of Washington. She holds 17 honorary degrees.

Malcom serves on the boards of the Heinz Endowments, Public Agenda, the National Math-Science Initiative and Digital Promise. Internationally, she is a leader in efforts to improve access of girls and women to education and careers in science and engineering and to increase use of science and technology to empower women and address problems they face in their daily lives, serving as co-chair of the Gender Advisory Board of the UN Commission on Science and Technology for Development and Gender InSITE, a global initiative. In 2003, Dr. Malcom received the Public Welfare Medal of the National Academy of Sciences, the highest award given by the Academy.

Through the power of collaboration UMass ADVANCE transforms the campus by cultivating faculty equity, inclusion and success. ADVANCE provides the resources, recognition and relationship building that are critical to equitable and successful collaboration in the 21st century academy. UMass ADVANCE is funded by the National Science Foundation (NSF), which is advancing women faculty, including women faculty of color, in science and engineering.