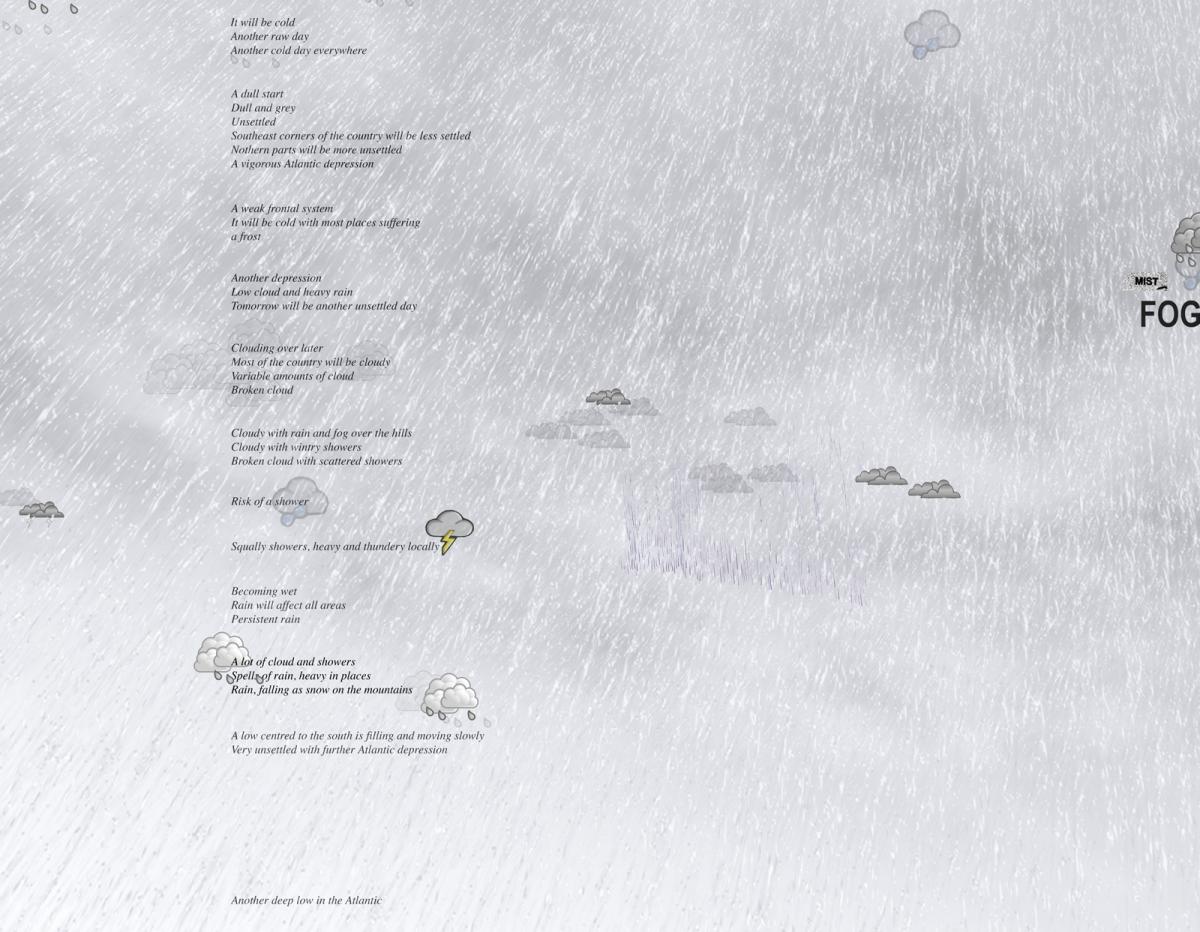 The installation was developed for window (re/production, re/presentation) but originated in 1997 when Macdonald was "in a period of transition and without a studio in her home country of Scotland."

The interdisciplinarity of Macdonald's work is evident in her description of Weather in Winter's inspiration: “In reading the daily weather report, I was struck by the vivid, humanistic, and suggestive language used to predict the weather.  Phrases such as 'suffering a frost,' 'another deep depression in the North Sea,' 'northern parts will be more unsettled,’ and 'a waving frontal system,' became metaphors for the displacement and disembodiment I was experiencing while being stranded, for visa problems, in this bleak, wet part of the country.  I was also attracted to the linear icons used to symbolize clouds, rain, and snow, especially when they resembled old etchings.  Ultimately, my objective in ‘Weather in Winter,’ is to synthesis my experience living between cultures, and of looking, collecting, culling, and photographing my way around Scotland during the winter of 1997-8."

The installation also synthesizes interests in landscape, language, photography, and drawing. The press release can be found here.