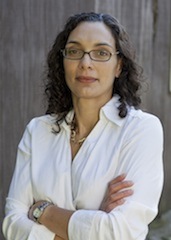 rent ISI Fellow Barbara Krauthamer's book with photographic historian Deborah Willis Envisioning Emancipation: Black Americans and the End of Slavery won the 45th Annual NAACP Image Award in the category of non-fiction. The awards, presented in 35 categories in literature, motion pictures, recording, documentary, writing and directing, were televised live Feb. 22 from Pasadena, Calif.  The awards celebrate the achievements of people of color in the arts and the promotion of social justice through creative endeavors.

Envisioning Emancipation illustrates what freedom looked like for black Americans in the Civil War era. From photos of the enslaved on plantations and African-American soldiers and camp workers in the Union Army to Juneteenth celebrations, slave reunions, and portraits of black families and workers in the American South, the images in this book challenge perceptions of slavery. They show not only what the subjects emphasized about themselves but also the ways Americans of all colors and genders opposed slavery and marked its end. Krauthamer and Willis amassed 150 photographs—some never before published—from the antebellum days of the 1850s through the New Deal era of the 1930s.

More information about Krauthamer's award can be found here.