Meet the Staff of International Students and Scholars

413.545.0281
kahlman [at] umass.edu
F-1 Portfolio Manager; Advises students in the College of Natural Science and the College of Engineering. Katie Ahlman joined the International Programs Office (IPO) in June 2019 as an International Student and Scholar Advisor. Her primary duties are advising international students and scholars on immigration matters. Prior to joining the IPO, Katie worked at Western New England University as an International Student Coordinator from 2013-2019. Originally from Nebraska, Katie has a B.A. in Global Studies and Sociology-Anthropology from Nebraska Wesleyan University and an M.A. in Educational Policy & Administration from the University of Minnesota-Twin Cities. She has lived in multiple countries and states throughout the U.S. Outside of work, Katie spends time with her family, swims, knits, and reads a lot!
Pamela Dutta
Associate Director for International Student and Scholar Success
413.545.2716
dutta[at]umass[dot]edu

413.545.2889
shunley [at] umass.edu
Current J-1 Scholar Portfolio Manager and Advisor, Advisor to Students in: College of Education, College of Nursing, College of Engineering, College of Information and Computer Science, College of Public Health and Health Services. A Kentucky native with a B.A. in International Affairs from Murray State University and a M.A. in Intercultural Relations from Lesley University. Nichole spent time in Europe for university studies and post undergraduate, and taught English in South Korea for 1.5 years. Having spent almost 7 years in Boston, working in the International Scholars Office at MIT, she was happy to change locations for a slower paced city. Nichole joined the IPO Fall 2018 and works with our international students, scholars, and faculty on many immigration matters. Outside of the IPO, you’ll find her enjoying the outdoors and visiting as many of the coffee shops in the area as she can.
Naoko Ishida
Assistant Director of Operations
413.545.9492
nishida[at]ipo.umass[dot]edu

413.545.9492
nishida [at] ipo.umass.edu
Advises Students in the College of Humanities and Fine Arts. Naoko joined the UMass Amherst community first as an International Student and has worked in other offices across campus prior to landing at IPO in 2002, as a SEVIS Coordinator and now in the role of Associate Director for the International Student and Scholar Services. Her primary duties are overseeing immigration record and compliance and ensuring smooth operation of the advising unit. She also advises students and scholars on immigration issues. Outside of work, Naoko volunteers her time serving on committees for her two sons. She is a member of the Amherst Hockey Association and serves as Timekeeper Coordinator and is also the Team Manager for the Western Mass Vipers. She devotes most of her weekends at ice rinks watching them play hockey.
Claire Novotny
International Exchange Advisor
413.545.2773
cnovotny[at]umass[dot]edu 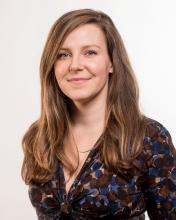 413.545.2773
cnovotny [at] umass.edu
As the International Exchange Advisor, Claire works with all incoming and outgoing exchange students. She holds a BA in Anthropology from the University for Massachusetts and a MA in Intercultural Leadership from SIT Graduate Institute. She studied abroad three times while in college and has led over 20 faculty-taught programs throughout the world. Outside the office, Claire keeps busy hiking in the woods, spending time with friends, and frequenting local coffee shops!
Kenneth Reade
Director, International Student and Scholars Services
413.545.5251
kjreade[at]ipo.umass[dot]edu 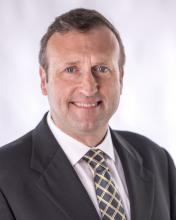 413.545.5251
kjreade [at] ipo.umass.edu
Advises students in the Isenberg School of Management. Ken Reade has worked in the field of international education since 1989 and he remains active both regionally and nationally in a number of areas affecting international education and immigration regulatory practice. Ken has been a longtime advocate of federal immigration reform policies and in 2013, Reade was named “Advocate of the Year” by the field’s leading professional organization NAFSA: Association of International Educators. He has also served as NAFSA’s Region XI (Northeastern United States) Chair, as well as a variety of other positions within the association and is a frequent presenter at regional and national NAFSA conferences. In 2010 he received the region’s “Distinguished Service Award.” Ken joined the IPO at UMass in August, 2014 and previously served in the Office of Visa and Immigration Services at Dartmouth College since 2001. His other previous international education experiences included positions in London, UK with Central College Abroad, Pacific University (Oregon) and the University of Illinois Chicago. As a native Oregonian, Ken appreciates the natural beauty of Western Massachusetts and resides in Northampton, MA with his family.
Beryl Tang
International Student & Scholar Administrative Assistant
413.545.2323
bjtang[at]ipo.umass[dot]edu 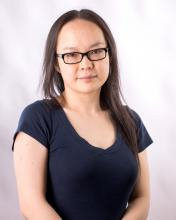 413.545.2323
bjtang [at] ipo.umass.edu
Beryl Tang is the pre-advisor to the international student and scholars. Beryl supervises the ISS student workers who staff the ISS advising center.

ISS About Us Block

The IPO building at 70 Butterfield Terrace is currently closed and walk-in advising is not available until further notice.

If you have questions, email your advisor.

IPO is available for virtual advising this spring.

To participate in virtual advising, please click on a date above.

Note: You will not be able to enter the meeting until the host (advisor) has already joined.

To download Zoom software and go through the quick set up to access the meetings in advance through this link.