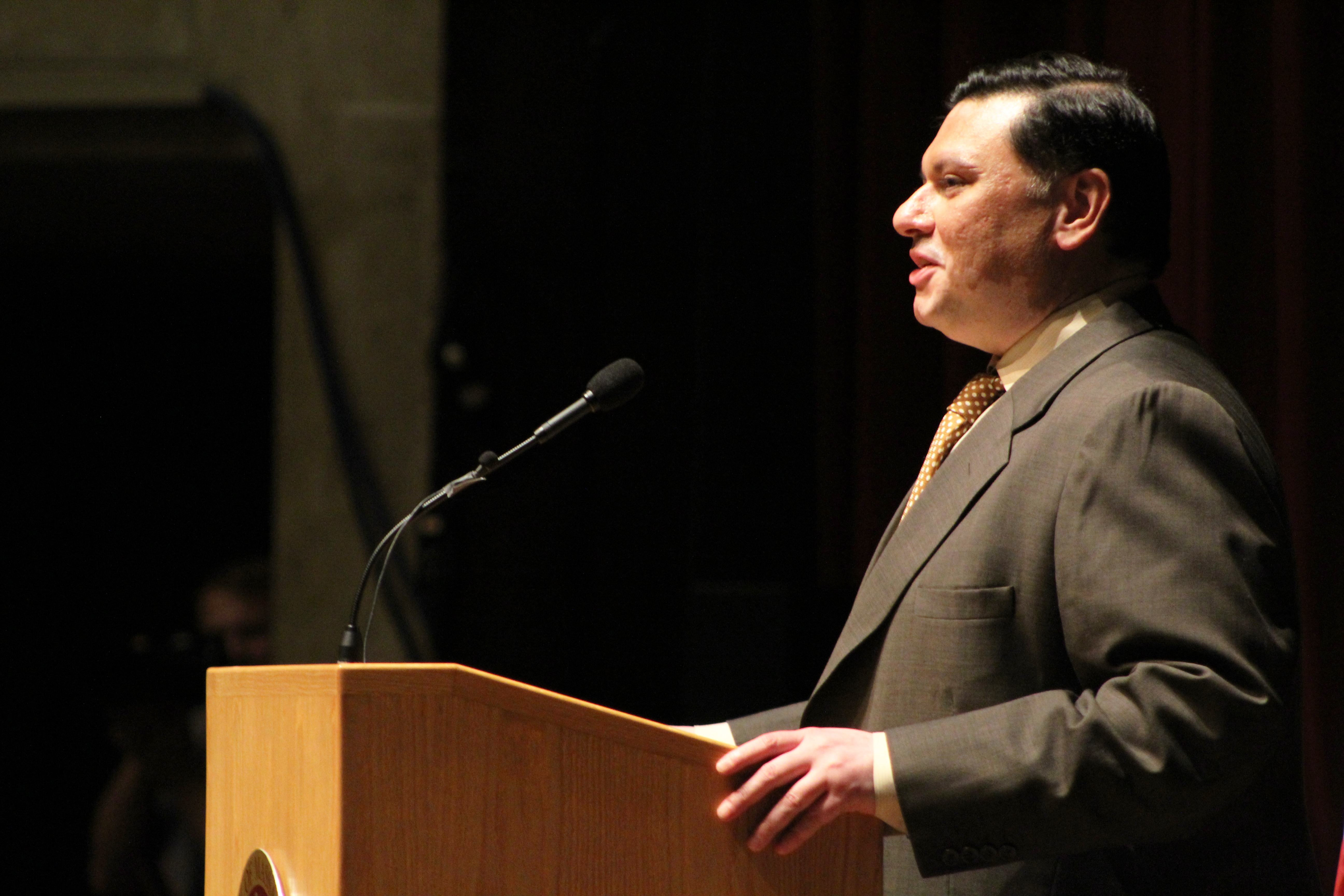 Kalpen Trivedi, associate provost and director of the International Programs Office at the University of Massachusetts Amherst has been awarded a Presidential Fellowship by the Association of International Education Administration (AIEA).

“Trivedi’s leadership of International Programs has been exceptional, and I am not surprised that the AIEA chose him for this honor,” said John McCarthy, provost and senior vice chancellor of Academic Affairs.

Trivedi has been with the International Programs Office for over six years, and three years in his current role, where he leads campus strategy and initiatives for comprehensive international engagement. Trivedi is a regular contributor and presenter in various international forums and has published on current topics in international higher education.

He serves on the International Education Leadership Knowledge Community as symposium and training lead for NAFSA: Association of International Educators, as well as being a member of the NAFSA National Trainer Corps. Trivedi is recent vice-chair and current steering committee member of the U.S. Department of State’s Overseas Security Advisory Council (OSAC) Academia Working Group. He also serves on other international education organization boards.

Trivedi was educated in India and the United Kingdom and holds degrees from Gujarat University, Oxford University (Radhakrishnan Scholar) and Cambridge University (Cambridge Commonwealth Trust Scholar). He has a doctorate in Medieval Literature from the University of Manchester (University Research Scholar) and has held a Mellon Research Fellowship at the Huntington Library in San Marino, Calif.