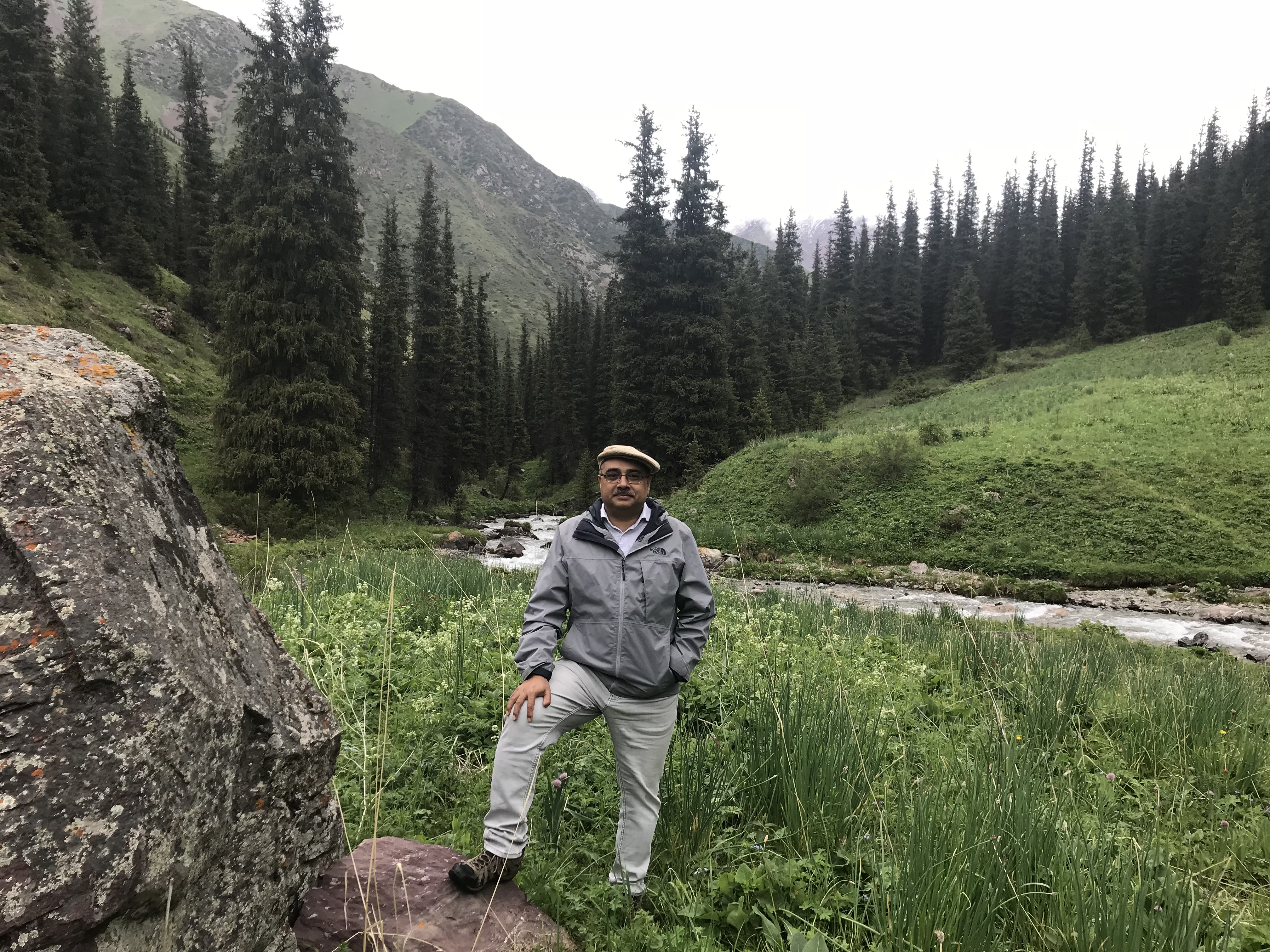 Visiting scholar Muhammad Ali Nawaz, PhD, came to UMass Amherst hoping to solve an ecological riddle: how to balance the needs of endangered species with those of a burgeoning human populace. A Pakistani citizen, Nawaz is a world leader in snow leopard research and preservation. He works primarily in the Himalayas, where overpopulation has forced local farmers into the leopards’ territory, leaving livestock vulnerable to the apex predator. The farmers, eager to protect their livelihood, responded by hunting the cats, contributing to a steep decline in population that nearly reached extinction.

The declining numbers of snow leopards can only mean bad things for an ecosystem, Nawaz says. “Snow leopards, besides being a top predator, have significant linkages with local people and their culture. If the snow leopard is gone, it means the ecosystem has a problem—it will become unstable.” Factoring in the deterioration of natural landscapes due to overpopulation and unsustainable pressure on natural resources, the need to preserve snow leopards becomes even more dire.

Nawaz cites Yellowstone Park’s struggles with wolf populations as precedence for the perils of removing a top predator. In the twentieth century, wolves were hunted to extinction in the park, causing long-lasting damage still being documented today. The elk population in Yellowstone thrived without the wolves actively preying on them, resulting in a dwindling landscape from overfeeding by the elk. This in turn caused a decline in beaver population, who saw their food sources primarily eaten by the swelling elk populace. Wolves were eventually reintroduced in the 1990s, helping to begin recovery for the park ecosystem.

Without proper protection, Nawaz says snow leopards could be extinct within 50 years. “To declare something as ‘protected’ does not work for a long time,” he says. “The solution is to understand the root cause of issues between people and wildlife. We have been working on perception building, so the people see snow leopards as beneficial for them.”

Working with the Snow Leopard Trust, Nawaz has introduced several initiatives to address the problem: better protection for livestock housing, a community fund for lost livestock, and educating locals on the importance of snow leopards. “In ten years, the people who wanted to kill and eliminate the snow leopard from the area became proud of it, and want to increase its population,” he says.

Nawaz holds a PhD from the Norwegian University of Life Sciences, and has received several awards for his work, including the Whitley Fund for Nature’s Whitely Award. He hopes to launch a training forum for wildlife management and protection at UMass Amherst, influencing future generations to preserve these precious species. “Snow leopards are an intelligent, adaptable species,” he says. “Though threats to their habitats in Asia are aggregating, I am hopeful for their future in view of increasing acceptance in local people and vigilance in governments of south and central Asian countries to adopt the right policies.”