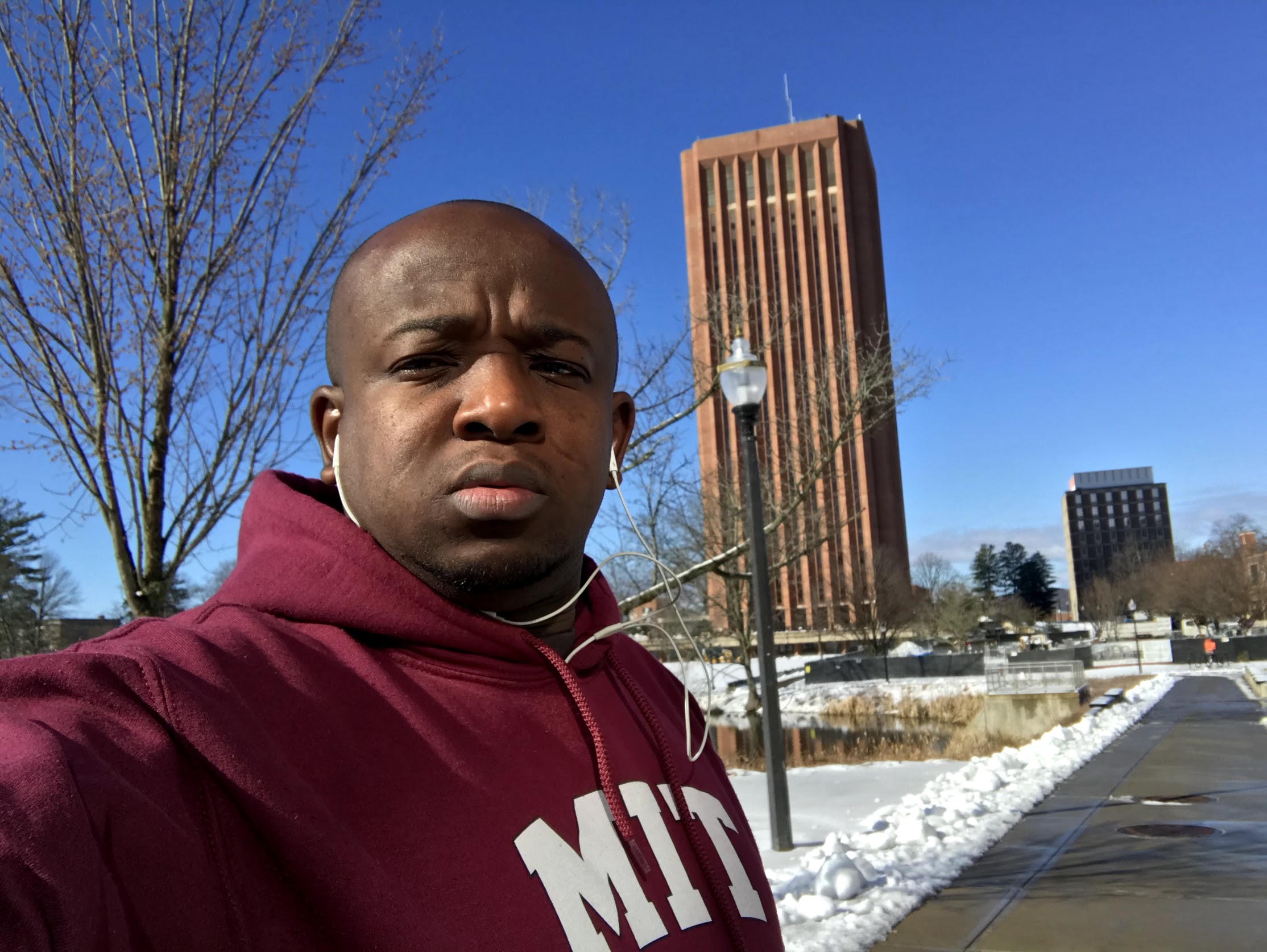 Visiting Scholar Peterson Faina came to UMass Amherst in hopes of solving an ancient ecological mystery: what happened to the megafauna of Madagascar? Faina, a citizen of the country, has studied at the University in collaboration with the Geosciences and Anthropology departments three times since 2015. The international collective is working together to explain the rapid population crash of megafauna—including animals such as pygmy hippopotamuses, giant lemurs, elephant birds, horned crocodiles, and other large-bodied vertebrates—in Madagascar between 700-1000 AD.

Climate change was initially thought to be the primary cause of the species’ extinction; to test this theory, Faina used stalagmites from caves to reconstruct the climate and vegetation of the time. “Stalagmite gives you a snapshot of what was going on at that time in terms of environment and climate,” he says. Faina and the research team— led by Stephen Burns (professor of geosciences) and Laurie Godfrey (professor emeritus, anthropology)— found that although some places in Madagascar experienced a drying of the climate at the time, the biggest factor in the extinction was human encroachment on the megafauna’s territory.

A global expansion of trade, the subsequent influx of new settlers in Madagascar, and a shift from hunting and foraging to herding and farming all led to a change in the island’s environment that local wildlife couldn’t overcome. This in turn led to a loss of habitat and eventual extinction of the megafauna. Faina says understanding these concepts can potentially help prevent future extinctions: “It is a means of understanding the past in order to better manage the present and preserve the future,” he says.

Faina most recently spent the Spring 2020 semester at UMass, returning to Madagascar in September. He continues this research to this day, with plans to present his doctoral dissertation at Université d’Antananarivo Madagascar in Spring 2021.