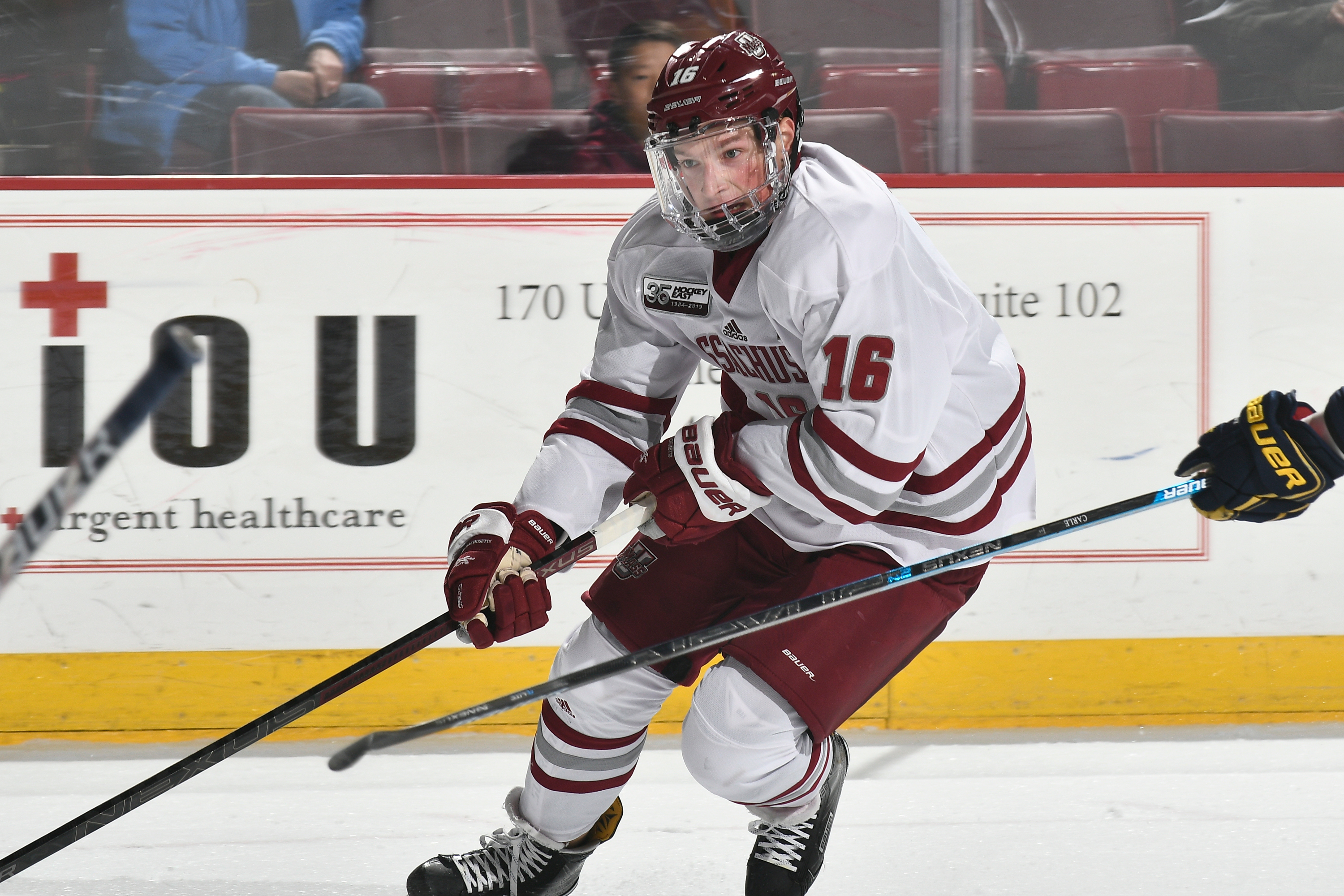 From Alberta to Colorado, by way of Massachusetts

In February 2019, IPO sat down with UMass hockey defenseman Cale Makar ’21, in the Mullins Center office of Coach Greg Carvel ’98MS, to talk hockey, team chemistry, what it’s like to be an international athlete (Makar hails from Calgary, Alberta), and his dream of playing in the NHL. What follows is a look into the culture of UMass Amherst hockey’s most successful season ever, and one player who helped lead the way.

IPO: What do you love about hockey?

Makar: I just love the competition. I’m a very serious person when it comes to that. I’m not like that with everything, but I like being able to compete, especially on a team. It’s not as fun to play an individual sport.

IPO: What do you like most about playing for a team? Have you learned anything special from your teammates, who hail from the U.S., Canada, and Europe?

Makar: You create so many bonds and friendships that last a lifetime. The amount of people I have kept in contact with over the years.... Coming to the game, and seeing all the diversity in the players and where they’re from, and the cultures they’ve come from. You just learn a lot of things about their lives, and it’s very rewarding.

IPO: At the same time, you have accrued a lot of individual recognition. You’re a highly ranked NHL prospect, and you’re currently nominated for the Hobey Baker Award for the top NCAA men’s ice hockey player. Do you get noticed a lot on campus?

Makar: Not too much. People come up and say “Great game last night.” But I don’t think it’s so individualized as it is a collective thing as a team. As for being nominated, it’s very special, and humbling at the same time. But I don’t really look at the individual awards. Of course, you’re going to cherish them, but I look more to the team accomplishments. I just believe that those kinds of individual awards will come with team success. In the past, I’ve lived true to that and it’s worked out well. It’s very cool to be nominated, and we’ll see what happens, but it’s the least of my worries right now.

IPO: When did you first dream of playing in the NHL?

Makar: Playing in the NHL has always been a dream of mine. You dream as a kid to keep progressing at every level, and the ultimate goal is to play in the highest league. To see it becoming a reality is very special. I try not to look too far into the future, but it’d be an incredible opportunity to play there, with the program they’re building there. I’m excited to see what they can do.

IPO: It takes a lot of work to get into the position you’re in now, including a lot of support from family and friends. Who would you acknowledge in helping you achieve what you have so far?

Makar: First and foremost, my family: specifically, my parents. The amount of time they put into me, and the amount of time they spent at the rink watching, or driving me to the rink. If I didn’t have that support, I don’t know where I’d be today. I give a lot of credit to for my success to them. It sounds cliché, but I truly mean it.

Two days after his appearance in the NCAA men’s ice hockey championship game on April 13, Makar debuted for the Colorado Avalanche in their first-round playoff matchup against his hometown team, the Calgary Flames. Makar scored his first NHL goal in a 6-2 win. And: he ended up winning the Hobey Baker Award.