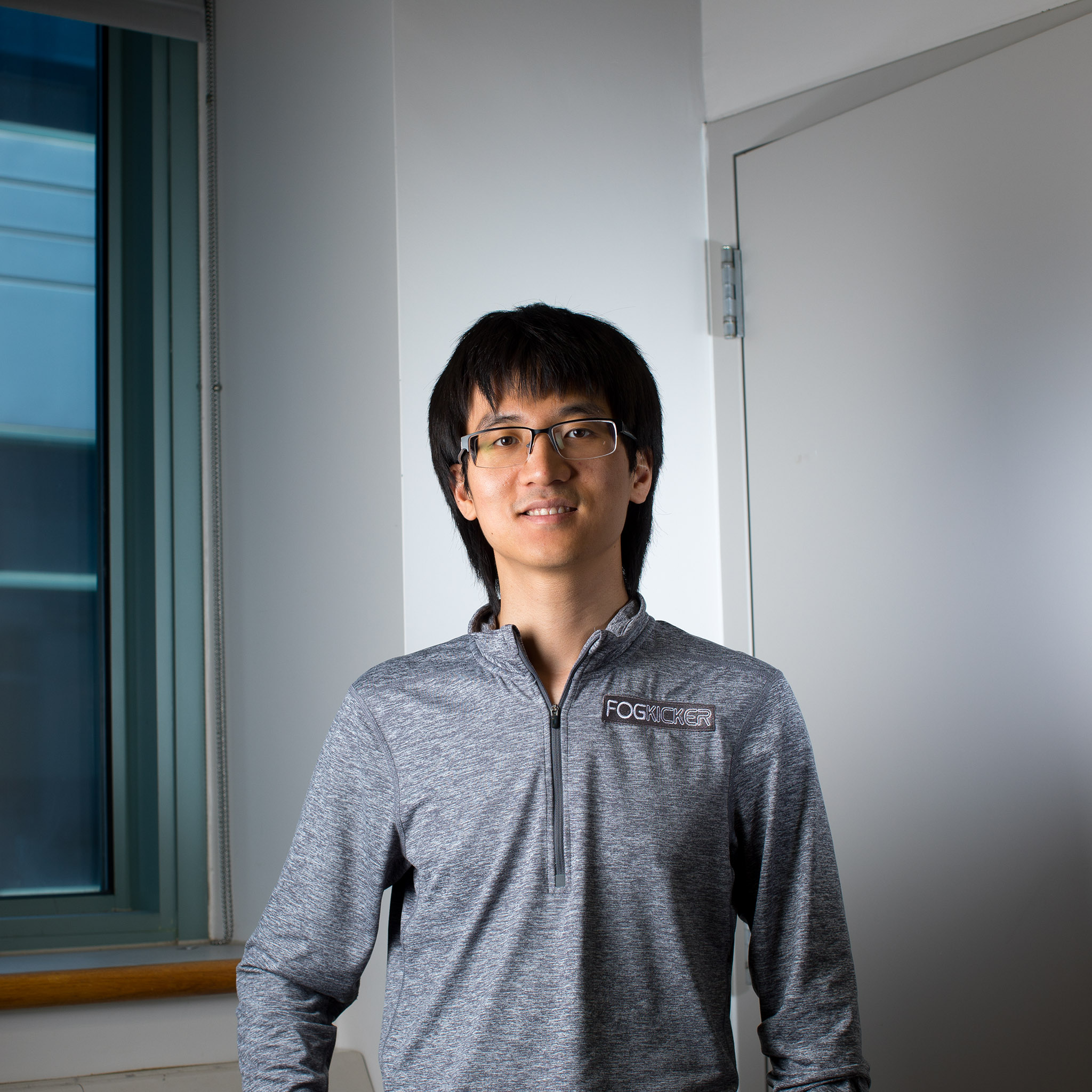 Clearing up a Foggy Path to Success

For some, New England winters provide a wonderland, while others see only inconvenience and nuisance. UMass Amherst graduate and international student Yinyong Li ’12G, ’16PhD had a common and recurring problem: his eyeglasses would fog up after coming in from the cold. However, the solution to the problem this polymer and engineering scientist discovered was anything but common.

Li invented a product that can be coated onto glass to prevent fogging. FogKicker is a biodegradable, waterproof coating that condenses fog-enabling water droplets to a thin film of water. What sets FogKicker apart from other defogging solutions is that it is nonirritating and 10 times more water-resistant than its competitors. That’s because FogKicker is made from the biopolymer nanocellulose, a natural component of plants that makes their stems and leaves durable.

Through his studies, FogKicker—a product of Treaty LLC—was launched. The biotech company was cofounded by Li and Marc Gammell ’17 and is targeting the sports goggle industry, notably dive masks and snow sports. Eventually, Li says he hopes to further develop FogKicker for use on bathroom mirrors, prescription eyewear, windshields, and medical lenses. In April, Treaty LLC won first prize in the 2017 VentureWell Open Showcase for FogKicker, the most recent of many awards. FogKicker won the 2015 UMass Innovation Challenge, the 2016 Valley Venture Mentors Accelerator Award, and a 2016 National Science Foundation Innovations Corps Grant.