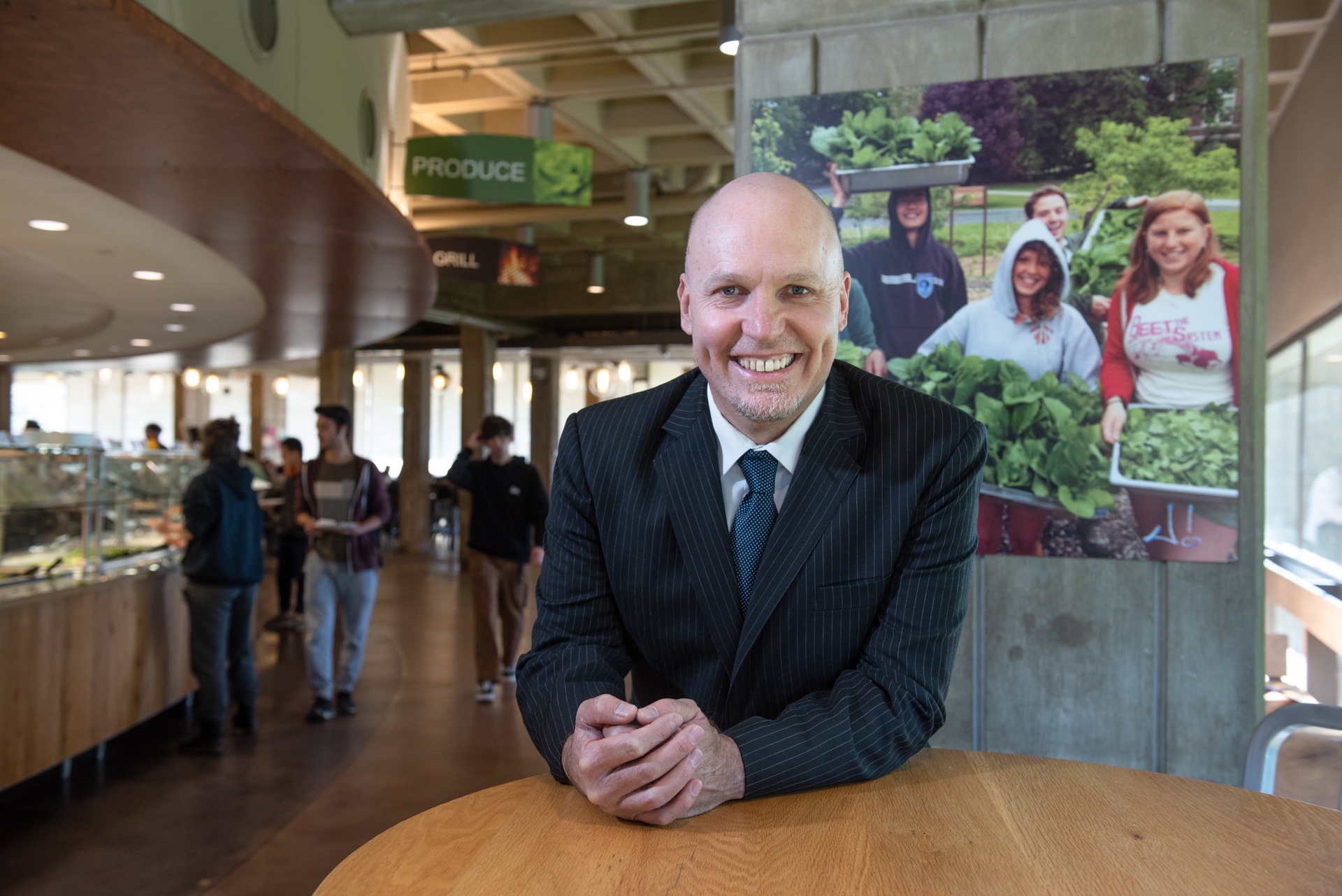 “We’re Modeling the World for Them”: Inside UMass Amherst’s International Undergraduate Admissions

Assistant Provost for Enrollment Management Kregg Strehorn ’98PhD has worked at UMass Amherst for 18 years, focusing on international admissions for the last six. He says that the university’s ascent to 26th place in the U.S. News & World Report ranking of top public colleges and universities, alongside an increase in quality, quantity, and diversity of applicants, is a major factor in larger numbers of international students choosing to make the campus home.

Strehorn cites a university-wide focus on recruiting and retaining international students—a process that encompasses multiple departments including International Programs and Admissions—as a primary reason for the increase in international undergraduates. “Nothing beats boots on the ground and honest delivery of factual information,” he says. “We started to do that in a very thoughtful and budget-conscious way.”

Strehorn sees the university’s work in building a global community as an essential service for all students. “At a large public research university, our job is to make it as diverse as possible, in all the ways that you can define diversity—whether it’s race, ethnicity, thought, gender, social class, and more,” he says. “We are here to support the state of Massachusetts and prepare our students to be global citizens, to have the chance to go out and meet students from India, Nigeria, France, or China—we’re modeling the world for them.”