The winners are here! The Spring Study Abroad Photo Contest brought another batch of amazing pictures - and here are our favorites!
Please enjoy these magnificent photos taken by UMass students while studying abroad. Impressions from all over the world which give you an idea of the experience of studying abroad.
Winners were selected from photographs submitted by UMass students who studied abroad during the 2015-2016 Academic Year, 2015 Fall Semester and 2016 Wintersession. Photo popularity in our Facebook vote was only one factor in determining the winners and entrants were eligible to win only one prize per category.
You can find all the submissions on our Facebook Page 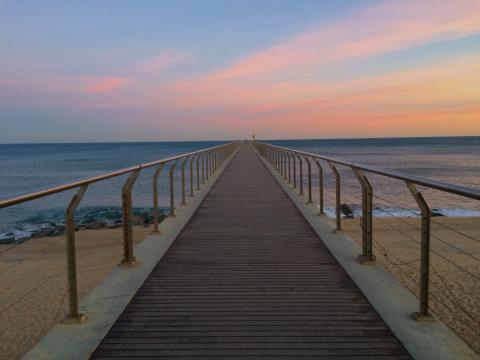 “Taken on the Pont del Petroli on the beach in Badalona, just north-east of Barcelona. My friend and I went for a walk along the beach and the sunset that night was amazing."

“The Greek island of Santorini is unlike anything else in this world.  Watching the sunset on the cliffside of Oia it looks as if it is going to fall right out of the sky.  It went almost quiet when I was taking this picture as people were admiring the beauty of everything.” “Prague is an enchanting city, and there are an abundance of friendly swans near the Charles Bridge! Before continuing on our journey, we decided to make some new friends."

“This panorama picture was taken from the highest point in Nice as the sun was setting. The photo captures the serenity of the sea while also showing the beautiful architecture of Southern France” "This picture was taken in Sydney, Australia at a place called Bondi Beach. Next to the beach is a cave walk that has these beautiful caves that have been intricately carved by the ocean over the years. The area has all these twisting pathways that could lead you anywhere. My friends and I took a random path and ended up on this giant look out on the edge of a cliff with a view of the ocean that seemed to never end. We returned to the cave walk many times to try and find the same look out point because it was so beautiful but we were never able to find this exact spot again" 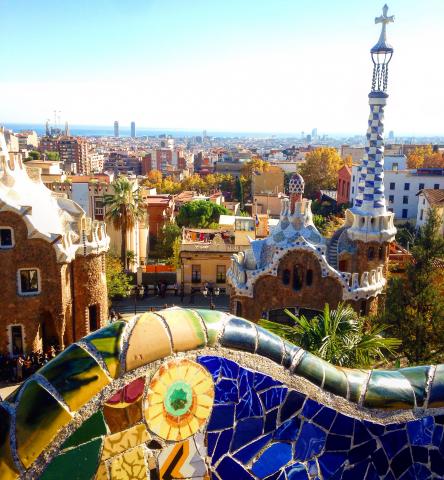 “This photo was taken at the top of the lookout point at Park Guel (by Antonio Gaudi) in Barcelona. It looked out across the city and it was the perfect spot to get some sun before heading back to England” “This photo was taken in Siena, Italy. It was a beautiful Sunday afternoon and the group had just completed a cooking class and a wine tasting. We learned how to hold the glass, and understand the characteristics of wine. By the time we were done the sun was setting. This was the image of Italy I always had. It was my first time in Europe and this view was exactly what I had imagined. It was unbelievably beautiful, and to watch the sun set on the roof tops was incredible.” 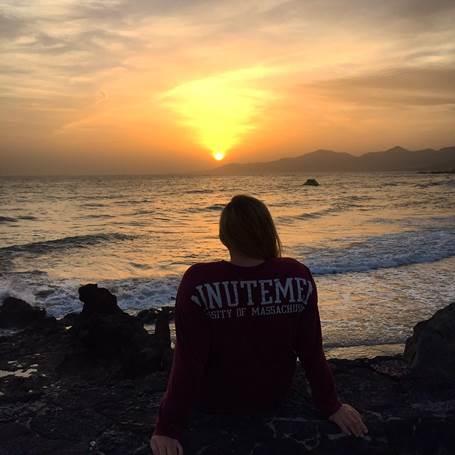 “We found an awesome, cheap Ryanair flight to the Canary Island of Lanzarote. It was the most relaxing, warm weekend in December. The land is beautiful because there are mountains in the distance, and the ocean at your fingertips” 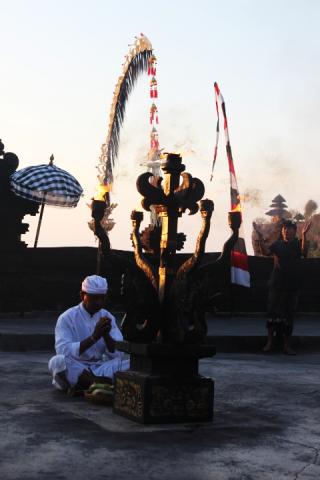 “In the Uluwatu Temple in Bali Indonesia every night there is a sunset performance of the Balinese Kecak fire dance. Although people visit from far and wide to watch the performance, the Uluwatu Temple is first and foremost a temple. This man prays in the center of where the dance takes place seemingly oblivious to the crowd that is beginning to flock the area.”” “This photo was taken at the David Sheldrick Wildlife Trust in Kenya, the most successful rescue and rehabilitation center for orphan elephants in the world. The keeper in the photo is of the Samburu ethnic group in Kenya, and he cares for the orphaned elephant, Mbegu, until she is ready to be reintroduced to the wild. Mbegu means seed in Kiswahili, and she has formed a very close bond to her keeper” “The beaches of Mont Saint Michel in Normandy was one of the most beautiful places I visited while in France. We happened to be standing on quick sand that turned trampoline-like when we jumped on it!”

Thanks to everyone who submitted photos!