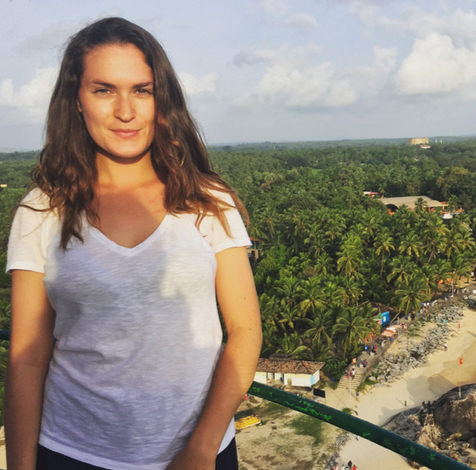 Kailee Kennedy ’18 realized the importance of diversifying her study abroad experience and chose three unique opportunities for expanding her practical knowledge of public health
and intercultural communications. After securing three scholarships to fund the bulk of her trips, the Commonwealth Honors College student with a double major in public health and Spanish was able to fulfill her study-abroad aspirations.

In the summer of 2016, she studied Spanish in Santiago, Dominican Republic, and volunteered at a public health clinic. Just a few months later, Kennedy studied global and public health in Manipal, India, with the Alliance for Global Education, an International Programs Office partner.
Lastly, in spring 2017, she studied health care and medical Spanish and volunteered and led workshops at a community-health facility that serves individuals with HIV in San José, Costa Rica. “It was the best year of my life,” Kennedy says.

Kennedy understands firsthand the importance of internationalization and cultural immersion. Ultimately, she believes that studying abroad not only taught her about other countries and
communities, it also gave her a more accurate perspective on American culture and public health policy. “I realized that problems are part of every country, and you need to educate yourself, and you need to adapt and not impose your cultural beliefs on others.”

Of her three different experiences, Kennedy notes that her time in India was the most challenging and rewarding. While taking classes at Manipal University, Kennedy completed a research project on adolescent health in rural and urban areas. Her research examined the differences between the public and private sector and considered how various groups approach taboo topics, such as reproductive health, mental health, and substance abuse.
—Ashley Nadeau