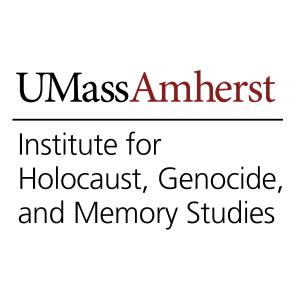 Photographs of school classes appear very early in the history of photography and are pervasive in individual and family albums throughout the world. Despite their ubiquity as potent media for recall and memorialization, class photos have received little critical attention. This talk examines the ideological deployment as well as the historical, memorial, and aesthetic dimensions of class photographs as a vernacular genre. Reflecting specifically at the process of exclusion of Jews in 20th century Central Europe, it looks at school pictures taken in the 1920’s and 30s, as well as in sanctioned and clandestine schools – some, in ghettos and camps – in the years of the Holocaust. It analyzes both historical images and critical re-framings by contemporary artists who expose photography’s ideological role within political climates that shifted from emancipation and integration to exclusion, persecution and genocide.
A light reception will follow.

MARIANNE HIRSCH is William Peterfield Trent Professor of English and Comparative Literature at Columbia University and Professor in the Institute for Research on Women and Gender. She is President of the Modern Language Association of America. Hirsch's recent books include The Generation of Postmemory: Writing and Visual Culture After the Holocaust(Columbia University Press, 2012), Ghosts of Home: The Afterlife of Czernowitz in Jewish Memory, co-authored with Leo Spitzer(University of California Press, 2010), Rites of Return: Diaspora, Poetics and the Politics of Memory, co-edited with Nancy K. Miller (Columbia University Press, 2011). With Diana Taylor she co-edited the Summer 2012 issue of é-misferica on “The Subject of Archives.” Other recent publications include Family Frames: Photography, Narrative, and Postmemory (1997), The Familial Gaze (ed.1999), a special issue of Signs on "Gender and Cultural Memory" (co-ed. 2002), and Teaching the Representation of the Holocaust (co-ed. 2004. Hirsch is one of the founders of Columbia’s Center for the Study of Social Difference

LEO SPITZER is the Vernon Professor of History Emeritus at Dartmouth College. The recipient of numerous fellowships, including a John Simon Guggenheim Foundation and a National Humanities Center award, he writes on photography, testimony, and Jewish refugee memory and its transmission. His most recent book, co-authored with Marianne Hirsch, is Ghosts of Home: The Afterlife of Czernowitz in Jewish Memory. He is also the author of Hotel Bolivia: The Culture of Memory in a Refuge from Nazism (Hill & Wang, 1998); Lives in Between: Assimilation and Marginality in Austria, Brazil and West Africa (Hill & Wang, 1999); The Creoles of Sierra Leone: Responses to Colonialism(Wisconsin, 1974); and co-editor, with Mieke Bal and Jonathan Crewe, of Acts of Memory: Cultural Recall in the Present (UPNE, 1999). He is currently working on The Americanization of Poldi, a memoir about Jewish refugee immigration and acculturation in New York in the 1950s and, with Marianne Hirsch, on a book of essays on school photos.