The Home Experience of German Jews under the Nazi Regime 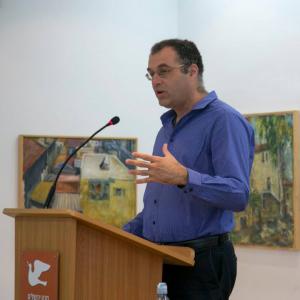 Guy Miron explores the changing perceptions of home among bourgeois German Jews under the Nazi regime. Using diaries, correspondence, and the Jewish press, he links their exclusion from the public space to their domestic private sphere, analyzing a declining bourgeois social group struggling to adapt its domestic habitus to deteriorating legal, economic and social conditions.

Andrew Donson (Associate Professor of History and German Studies, UMass Amherst) will offer a brief response and moderate the Q and A.

Professor Guy Miron teaches Modern Jewish History at the Open University of Israel in Raanana. He is also the director of a research center for the study and research of the Holocaust in Germany at the International Institute for Holocaust Research, Yad Vashem. His research focuses on German and Central European Jewish history in the 20th century.