“Resistance and Rescue in History and Memory. Rethinking Opposition in Nazi Germany” - A panel discussion of Mark Roseman's new book 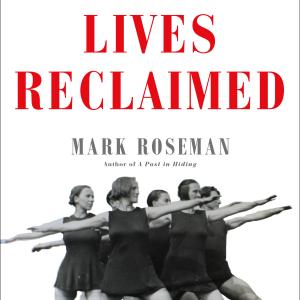 "Lives Reclaimed. A Story of Rescue and Resistance in Nazi Germany" by Mark Roseman

You can now view this event's recording in full here.

Lives Reclaimed. A Story of Rescue and Resistance in Nazi Germany (Holt, Henry & Company, Inc., 2019) tells the story of a little-known German left-wing group, based in the Ruhr, that survived the Nazi years and reached out during the Third Reich to assist Jews in the region. He analyzes the choices and challenges both sides faced as they negotiated dictatorship and Holocaust. It also pursues the group into the postwar period, in particular seeking to understand why they enjoyed so little resonance or recognition for their actions after 1945. Here Roseman has a larger story to tell, about the way the memory of rescue has come to occlude the experience of it.

Stefan-Ludwig Hoffmann is Associate Professor in Late Modern European History at the University of California, Berkeley. His most recent publications include (as co-editor), Seeking Peace in the Wake of War. Europe 1943-1947 (2016); The Ethics of Seeing. Photography and Twentieth-Century German History (2018); as well as Sediments of Time. On Possible Histories (2018), a new edition and translation of Reinhart Koselleck’s writings.

Rebecca Wittmann is Associate Professor of History at the University of Toronto. She has recently edited Eichmann: The Man, the Trial, the Aftermath (forthcoming, University of Toronto Press) and is currently working on a project entitled Guilt and Shame through the Generations: Confronting the Past in Postwar Germany