Biologists Zero in on Cells’ Environmental Sensing Mechanism: A new collaboration advances the fields of evolution and development

Evolutionary and developmental biologist Craig Albertson (M2M) and colleagues report that they have identified a molecular mechanism that allows an organism to change the way it looks depending on the environment it is exposed to, a process known as phenotypic plasticity.

Albertson explains that the project stems from a desire to better understand how genes and the environment interact to direct anatomical shape. “We know that our features are determined by genes, but we also know that many physical features are shaped by the environment as well. In identical twins, for example, if one becomes a long-distance runner and the other a body builder, they are going to end up with very different physiques. The skeleton is especially sensitive to such environmental inputs.”

Albertson works with a system – cichlid fishes – known throughout the scientific world as champions of phenotypic plasticity that can alter, in a single season, jawbone hardness or shape to match feeding conditions. They are also well known for their rapid evolution and diversity in jaw shapes, which has enabled cichlids to adapt to many different food sources, including algae, plankton, fish, snails and even the scales of other fishes. 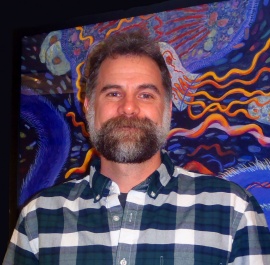