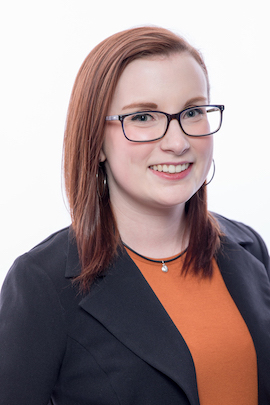 I am a second-year M.A. student pursuing the Graduate Certificate in Public History. I received my undergraduate degree from Massachusetts College of Liberal Arts (MCLA) in North Adams, MA. During my time at MCLA, I majored in History and obtained minors in both Public History and Physics. I was introduced to the power of learning history outside a traditional classroom setting during an internship at Arrowhead, Herman Melville’s historic house in Pittsfield, MA. After graduation, I completed an internship and worked at Chesterwood, a National Trust for Historic Preservation site in Stockbridge, MA. During the year between receiving my undergraduate degree and beginning at UMass, I was hired at both the New England Air Museum as a Public Programs Facilitator and at Wistariahurst Museum as a member of the event staff. Both of these positions continued to foster my passion for the museum world and educating the public.

Through my studies at UMass, I have broadened my scope of public history interest. Last fall, as part of the Intro to Public History class, I and two other students completed a white paper for the Springfield Armory National Historic Site in regards to their educational programming. This summer, I was lucky enough to intern at the New England Air Museum in addition to my work on the Public Programs Team. There I recorded interviews of staff and volunteers to preserve the institutional history in the site’s 60th year. This year, I am thrilled to be a part of a class devoted to researching and writing about the life and work of Daniel Ellsberg, completing archive work that will eventually be turned into a catalog for the 50th anniversary of the release of the Pentagon Papers next year.