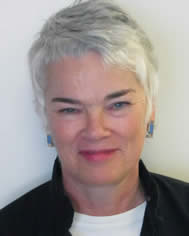 Research Interests and Professional Activities
Profesoor Wilson's first book, King Abdullah, Britain and the Making of Jordan(Cambridge, England and New York: Cambridge University Press, 1987), was reissued in paperback in 1990. An Arabic edition was published in 2000 by Cadmus Press in Beirut. The Modern Middle East: A Reader, edited by Professor Wilson, Albert Hourani, and Philip Khoury, was published in 1993 (Berkeley: University of California Press, London: I.B. Tauris) and translated into Arabic and published in Damascus in 1996. She is currently researching a ritual murder trial in Damascus in 1840 and exploring new narrative techniques and micro-history. She has held fellowships from the SSRC and the NEH and has been a fellow at the Mary Ingraham Bunting Institute of Radcliffe College. From 1997 through 2000 she served as Chair of the History Department.

Damascus and the World: 1840 (working title). An analysis of the ritual murder trial that took place in Damascus in 1840 and of what the trial reveals about Damascene society, French cultural politics, and the place of Damascus in the imagination of the West.

Syria: A Country History. Under contract with Cambridge University Press.