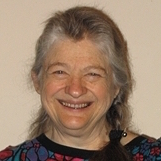 Research Interests and Professional Activities
Professor Joyce Avrech Berkman holds a PhD (1967) from Yale University. Professor Berkman, a Woodrow Wilson Fellow and a Danforth Associate, in 1980 won the University's Distinguished Teacher Award, and in 1988 and 1989 the University nominated her for CASE (Council for the Advancement and Support of Education) Professor of the Year Award. During Spring 2009 she received the University’s honor of Distinguished Outreach in Research.

Professor Berkman's most recently published book is her edited volume, including several of her essays, Contemplating Edith Stein (University of Notre Dame Press, 2006). She has also authored, The Healing Imagination of Olive Schreiner: Beyond South African Colonialism (University of Massachusetts Press, 1989, paperback editions, 1993; E. Donker, 1990; Tokyo: Shobun-Sha, 1992). She is also one of the editors of African American Women and the Vote, 1837-1965 (University of Massachusetts Press, 1997). At present, her primary research project focuses on German refugees to the United States during the Nazi Era through the lens of the Edith Stein kin. Her work on Stein contributed to her receiving a Fulbright Award as a scholar in Fulbright's Summer 2000 German Studies Seminar. Subsequently, she was accorded Senior Fulbright Professor of American Studies at Free University, Berlin, where she taught during fall/winter 2005-06.

In recent years her major public history activities include: directing the Valley Women's History Collaborative that oversees research, oral history, and documentation projects of the history of feminist and/or lesbian activism in Massachusetts' Pioneer Valley from 1968 to the present; numerous projects with K-12 social studies and history teachers, and assisted by a Visioning Grant of the College of Humanities and Arts coordinating during fall semester 2008 an interdisciplinary docudrama. Menace to Society, on the history of reproductive rights in Massachusetts with specific attention to the role of Bill Baird.