Associate Chair, Director of the Public History Program, and Professor of History 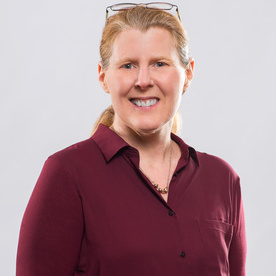 Marla Miller's primary research interest is U.S. women's work before industrialization. Her book The Needle's Eye: Women and Work in the Age of Revolution was published by the University of Massachusetts Press in August 2006, and won the Costume Society of America's Millia Davenport Publication Award for the best book in the field for that year. In 2009 she published an edited collection, Cultivating a Past: Essays in the History of Hadley, Massachusetts, also with the University of Massachusetts Press. Her book Betsy Ross and the Making of America  (Holt, 2010)--a scholarly biography of that much-misunderstood early American craftswoman--was a finalist for the Cundill Prize in History at McGill University (the world's largest non-fiction historical literature prize), and was named to the Washington Post's "Best of 2010" list. A short biography of Massachusetts gownmaker Rebecca Dickinson appeared in the Westview Press series Lives of American Women in summer 2013. In 2019 she completed a microhistory of women and work in 18th-century New England titled Entangled Lives: Labor, Livelihood, and Landscapes of Change in Rural Massachusetts (Johns Hopkins University Press, 2019).

Miller also publishes in the field of Public History. In 2016, with UMass Amherst colleague Max Page, she published Bending the Future: Fifty Ideas for the Next Fifty Years of Historic Preservation in the United States (University of Massachusetts Press, 2016).  In 2012, she and three co-authors released Imperiled Promise: The State of History in the National Park Service, a multi-year study funded by the NPS Chief Historian's office and hosted by the Organization of American Historians. In 2013, Imperiled Promise  won the National Council on Public History prize for Excellence in Consulting.

In addition to her own scholarship, Professor Miller contributes to her fields of study as an editor.  She has served on the editorial board of the Public Historian as well as the the Journal of the Early Republic, and is the founding editor of the prizewinning UMass Press series Public History in Historical Perspective, and is currently serving on the editorial board of the New England Quarterly.

As Director of the History Department's Public History program, Professor Miller also teaches courses in Public History, American Material Culture, Museum and Historic Site Interpretation, and History Communication. She also continues to consult with a wide variety of museums and historic sites. In 2016, Professor Miller was elected vice president/president elect of the National Council on Public History; her term as NCPH president commenced in Spring 2018, and concludes in Spring 2020.

Bending the Future: Fifty Ideas for the Next Fifty Years of Historic Preservation in the United States. Amherst, MA: University of Massachusetts Press, 2016; co-editor.

Cultivating A Past: Essays on the History of Hadley, Massachusetts. Amherst: University of Massachusetts Press, 2009; editor.

The Needle’s Eye: Women and Work in the Age of Revolution. Amherst: University of Massachusetts Press, 2006.