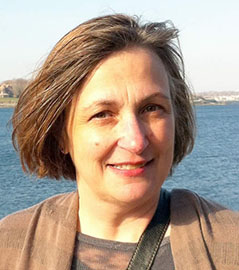 Professor Laura Lovett specializes in twentieth century U.S. women's history with special interests in the histories of childhood, youth movements, and the family. She explores generational dialogues concerning gender roles and the place of children in the women's movement in a new collection of history written for the public, When We Were Free To Be: Looking Back at a Children?s Classic and the Difference It Made, co-edited with Lori Rotskoff and published by the University of North Carolina Press in November 2012. Her first book revealed the unacknowledged legacy of eugenics in a range of reforms regarding populism, irrigation, conservation, and housing, which indirectly or directly promoted selective reproduction. Conceiving the Future: Pronatalism, Reproduction and the Family in the United States, 1890-1930, was published by the University of North Carolina Press in 2007.

Professor Lovett is currently researching the intersection of eugenics and housing reform and their resulting influence on discriminatory housing policies in the United States and Europe. From 2008 to 2011, she was the Director of the Five College Women's Studies Research Center. She was also a founding co-editor of the Journal of the History of Childhood and Youth, which has now moved on to Marquette University. The journal can be found here: shcyhome.org/publications. At present, Professor Lovett is the North American Associate Editor for the Women's History Review.

When We Were Free to Be: Looking Back at a Children's Classic and the Difference it Made. University of North Carolina Press, 2012. Co-edited with Lori Rotskoff.

Conceiving the Future: Pronatalism, Reproduction, and the Family in the United States, 1890-1930. University of North Carolina Press, 2007.