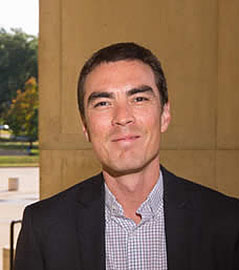 Professor Moralee is a historian of Late Antiquity, a period that focuses on the Mediterranean world from 200-800 CE. He completed his Ph.D. at UCLA in 2002. Before coming to UMass, he was associate professor of History and Greek and Roman Studies at Illinois Wesleyan University. His research focuses on places and the often conflicting narratives they are made to tell. His first book, For Salvation’s Sake: Provincial Loyalty, Personal Religion, and Epigraphic Production in the Roman and Late Antique Near East (2004), examines how local communities in the provinces of Palestine, Arabia, Phoenicia, and Syria talked about themselves and Roman authority through formulaic expressions found in dedicatory inscriptions. His second book, Rome's Holy Mountain: The Capitoline Hill in Late Antiquity (2018),is a study on the postclassical history of the Campidoglio in Rome, the original Capitol Hill.

He has also published articles on Roman topography, the reuse of inscriptions and buildings, racial hybridity, the workings of memory in epigraphy and historiography, and other topics.

Moralee has been honored by fellowships from the American Schools of Oriental Research, the Lady Davis Fellowship Trust at the Hebrew University of Jerusalem, and the Center for Epigraphical and Palaeographical Studies at the Ohio State University. In 2009-10, he was a postdoctoral Rome Prize fellow at the American Academy in Rome. Most recently, in 2015-16, Moralee was awarded membership at the Institute for Advanced Study in Princeton, NJ. He is particularly delighted to have won the UMass College Outstanding Teaching Award from the College of Humanities and Fine Arts in 2018.

Undergraduate Courses:
Introduction to World Religions
Junior-Year Writing Seminar on Alexander the Great
The Fall of the Roman Empire

Graduate Courses:
Race and Ethnicity in the Ancient World